If there’s one thing the British establishment hates more than Jeremy Corbyn it’s fucking us. 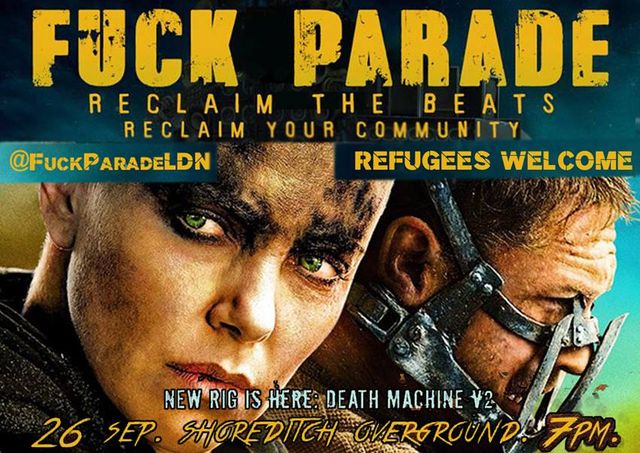 From the corridors of power to the boardrooms in the city, they see our class as nothing more than mugs and scroungers who only exist to fatten their wallets. Work hard and they’ll pat you on the head whilst picking your pocket with the other hand. Refuse work and the punishment is economic destruction, with every avenue of survival ruthlessly shut down. And if you can’t work, or find a job, then you will be destroyed as well, as a lesson to everyone else. Don’t get sick, don’t complain, don’t ask for a pay rise, or you too could become a scrounger – a non-person to be bullied and tomented at will.

But beneath this seething contempt for the poor lies a terror that goes unspoken. They know all too well that there is more of us than them, and that without our compliance the whole fucking game is up. That in a heartbeat their mansions, and their assets, and their bank balances, could all disappear like smoke. It has happened before.

So, as uncomfortable as they may find it, they would far rather tolerate a polite man asking difficult questions in parliament, than face a mob with pitchforks steaming down their leafy streets. They will bluster and howl about extremism but they know all too well that if things become genuinely turbulent then the likes of Jeremy Corbyn may yet be their biggest chance of survival. This has been the historic role of the Labour Party, to manage the wrath of the working class and fight on our behalf for things we don’t usually even want.

Whatever your views on recent events one thing is clear. Escalation is now required on all fronts if we are to end, or even slow down, the onslaught on our living standards. There will be no concessions to a movement that has no teeth. Sitting around for five years on the off chance Labour might eventually save us is not an option. No-one can save us, except us.

On Saturday 26th September Class War will be holding the third Fuck Parade, this time targetting gentrification in Shoreditch, a once working class area of London. Meet outside Shoreditch Station from 7pm and please help spread the word by sharing the facebook page for the event.

Meanwhile this coming Saturday (19th September) A March Against Evictions is being held in Stratford, East London to mark the second anniversary of Focus E15 campaign. Meet at Stratford Park, West Ham Lane, from noon, full details on facebook.

In October protests will be taking place in Manchester outside the Tory Party Conference. I’ll get a seperate post up about these, but for now there’s details on DPAC’s website.