Death as a charge for beneficence

Recently Internet split down the middle on the issue of a great influx of refugees to Europe. Some users that are sticklers of speculative universal human values as a rule (I am the one, my fault) call on Europeans sticking to humanity principles and treating their protection and asylum seekers as human beings in a big trouble. Indeed there are many memes about refugee families living in malignant conditions and drown children. It is hard to stay unsympathetic.

Nevertheless there are others defending opposite notion equally reasonably. Mainly those are Europeans themselves tired of being guests at their own home. They’ve been blowing the whistle on failed immigrant European policy that results in the refugee crisis. 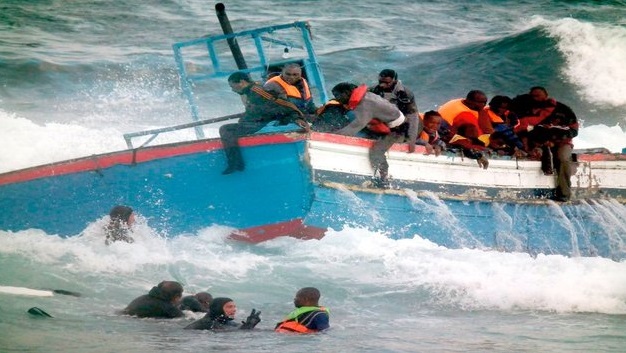 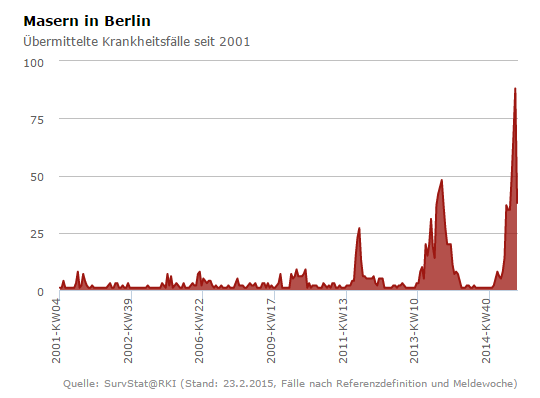 Thus German blogger Max Bromberg writes on mass immigration to EU has erupted into the transmigration of peoples. He particularizes underemployment, housing shortage, high probability of terrorist threat, subversion of EU and its certain members state budgets, and epidemics among dangers brought to Europe by the refugee flood.

Bromberg has dedicated entire article to the latter point (furthermore I will quote from this material with consent of the author). He considers European health risks increased by refugees as one of the most serious and hushed-up trouble.

Actually according charity Save the Children last year about 60 percent hospitals were damaged or destroyed in military actions in Syria along. Now the situation became even worse. “International healthcare experts state that diseases kill twice as many Syrians as violence in the country.” Therefore people running to Europe weren’t getting proper medication or medical treatment for months. They also bring unvaccinated in time little kids. AIDS, malaria, tuberculosis, polio, Aleppo boil (has anyone heard about this one before?), measles – these are the least part of a bunch of diseases crossing agush European borders every day.

It turns out that in exchange of their hospitality and sympathy Europeans got an enormous disaster worse than Baxter International Inc. It will just suffice to mention of measles! Bromberg emphasizes it as one of the most contagious diseases preventable by vaccination only. “Most of all children under 5 are measles amenable. Also 9 out of 10 adults who are not immune catch it.”

There are various consequences of complications with measles ranging from deafness and acute brain inflammation to fatal case. In 1875 this very disease mowed down a quarter of Fiji population. “So far this is the pest of empty stomachs and poverty struck ones. Those poor devils from Middle East and Africa are striving to Europe fancying it rich and well-fed.

In 2002 European region was certified measles-free. However in recent years there is measles excess incidence caused by mass refusal from measles vaccination and a heavy migrant flow. It also affects neighbor countries. Thus in September 2013 the number of measles cases increased in Turkey. According Turkish Healthcare Ministry representative Mehmet Ali Torunoğlu the disease was brought from Europe after measles outbreak there. It was proved by laboratory findings.”

According to tentative forecasts Europe will host about 9 millions of refugees this year. In abstracto it is as much as population of Sweden. One in three of them is a vehicle of infection or persistent virus. The author of article notes that measles outbreaks in Europe and in Germany in particular usually start in September. He remembers that this time last year measles spread out from temporary camps in Berlin, Munich, Hesse and Karlsruhe among local Germans.

To prevent another outbreak, German authorities opened measles vaccination stations for refugees all over the country in June 2015. It’s a challenge for Germany. Firstly there is lack of vaccine because of vast numbers of unvaccinated refugees. Secondly many immigrants refuse vaccination. Some are frightened by rumor of expired or wasted vaccines. Others remember mass kids’ death after measles vaccination in Idlib (Syria) last year. There are still others considering mandatory vaccination as violation of their rights.

Being apprehensive about population health, medical community has been raising alarm. The news about refugees found dead in a van in Austria sent into a flat spin. According the police source autopsy has shown that 23 refugees were HIV infected, and other 17 had measles. In all likelihood they caught a touch of it from critically ill child. Those refugees had been in a closed van for several days without treatment. That is why they died so quickly.

In regard with this incident the physicians urge caution and call citizens to keep within limits for prevention the contagion. The general counsel is to keep aloof from potential nidus of infection, i.e. refugee lodgings.”

At the same time German authorities habitually lay at door. “The Robert Koch Institute researchers blame Germans themselves, not refugees transmitting the disease for measles outbreak. You see, if citizens would have got tougher immunity infectious agents wouldn’t spread so swiftly.”

The Federal Health Minister Hermann Gröhe went to even greater length. He fired off a gun for vaccination after measles death of a little Berliner this February and set a task to get vaccination rates of 95 percent. Saying this he forgot to mention there are some contraindications existing, such as a certain medicamentous treatment, some illnesses and allergic response, and also living together with unvaccinated children. Besides any vaccination is a lottery. It always carries individual consequences. You never know if it would be a negative reaction or even fatality. As a result Herr Gröhe accused a rather large group of citizens of irresponsibility and laid the blame on them for exposing the wider public to lethal risk.

Here it is nothing to be surprised about. After such authorities’ ‘care’ it is hard to disagree with Bromberg’s final words:

“Schools, kindergartens, Christian churches have been changed into refugee lodgings. Work spaces are granted to immigrants. Taxpayers’ money is wasted for construction of more and more shelters and mosques. Germany is forced to work in the interest of refugees. Not only Germany – entire Europe does. Tolerance promoted by the people in power kills the European civilization! European continent would sooner become desolated by epidemics than the Third World War unless stopping the refugee flood.”