In the latest blow to Ireland's cruel hare coursing, an Australian company has pulled an advertisement from the Irish Coursing Club website. The move came after the Irish Council Against Blood Sports highlighted the animal cruelty involved in coursing. 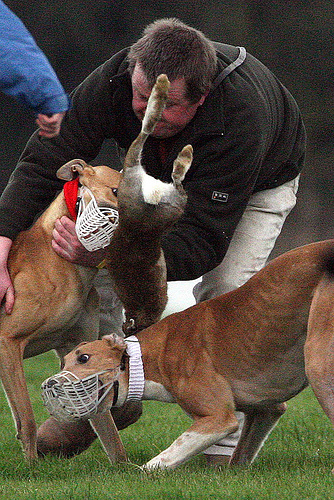 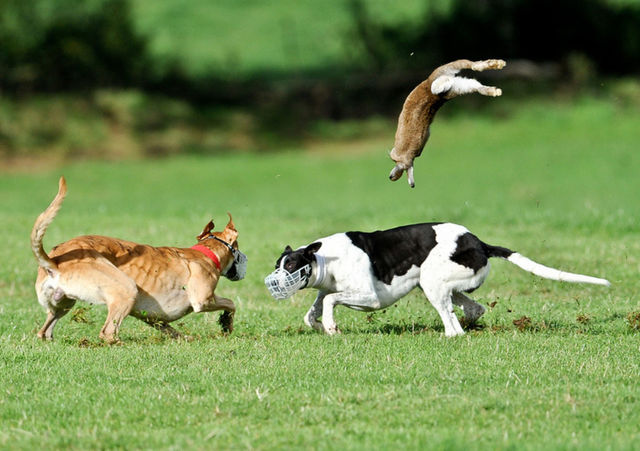 A hare is tossed by a coursing greyhound. Fans love this... 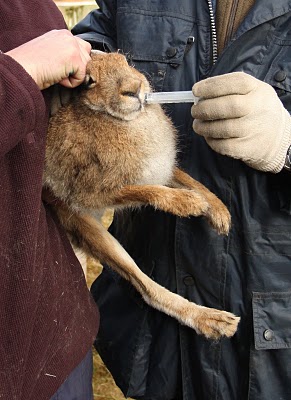 A hare is "dosed" before being used as live bait... 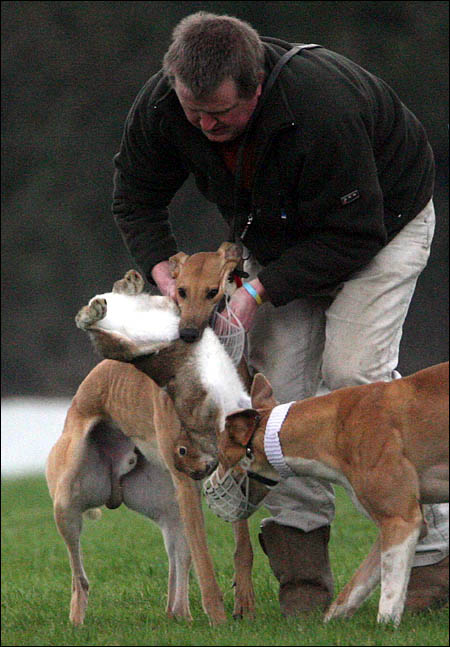 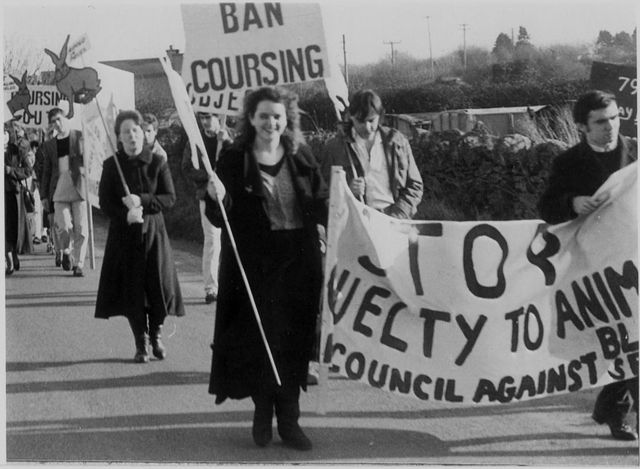 A 1987 demo against hare coursing in Ireland (Waterford).A long campaign...

New South Wales-based company, Hidez, withdrew its advert when told about the suffering, injury and death caused to hares used in the bloodsport.

In an appeal to the company, ICABS wrote


"It is surprising that Hidez would allow its products to be associated with a bloodsport which is illegal in Australia and which a majority here in Ireland want outlawed (it is already illegal in all our neighbouring jurisdictions - Northern Ireland, England, Scotland, Wales). In Ireland's cruel coursing, thousands of hares are violently netted from the wild and used as live bait for greyhounds to chase."

https://www.youtube.com/watch?v=Q7njqNGKyiI - was also brought to the attention of the company.

We pointed out that all the hares used in coursing suffer the fear and stress of running for their lives and that every coursing season, injuries and deaths are documented.

"We fully respect and understand why some view hare coursing as unacceptable," Mr McCabe added. "We have therefore instructed that the advertisement is removed from the ICC website."

ICABS stated: "The removal of this ad represents another major blow to coursing and once again demonstrates that sponsors and advertisers want to have nothing whatsoever to do with the cruel activity. The Irish Council Against Blood Sports has thanked Hidez for acting swiftly to become the latest in a long line of companies to disassociate from hare coursing.

"We are continuing to lobby Arts and Heritage Minister, Heather Humphreys, to withdraw the coursing licence she issued and give permanent protection to the persecuted Irish Hare. We have brought to her attention video footage filmed last week -

https://youtu.be/md0Yf7M7ATk - showing dozens of agitated hares trapped in a coursing enclosure in Balbriggan. They were forcefully netted from the wild for use as live bait for greyhounds to chase at an upcoming coursing meeting."