Recently a Saudi Aramco load of crude oil arrived at Naftoport terminal located in Polish city of Gdansk. Well, nothing special of it. The terminal loading capacity is 34 million tonnes of crude oil per year after all ( 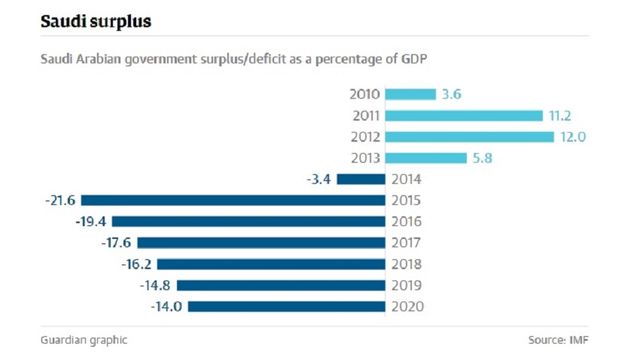 At first glance however, due to such a seducing deal price “Louis, I think this is the beginning of a beautiful friendship” of European Union and Saudi oilmen. Just we should remember, where always free cheese in is.


So let’s take the measure of a shipper. Saudi Arabia is the largest state on the Arabian Peninsula with formidable oil reserves. SA economy is petroleum-based. It begs asking, where have you been up till now?


This question drops, when it turns out that Saudi Arabia long ago stopped being one of the most prosperous countries in the world. Thus according the recent report (

http://www.imf.org/external/pubs/ft/survey/so/2015/CAR102115A.htm), the IMF expects the kingdom’s budget deficit to rise to more than 20% of GDP this year, estimated to be anywhere from “$100 billion to $150 billion” (the Daily Mail calculation). Also the report includes another suggestion to diversify Saudi sources of income and cease to rely almost solely on oil for wealth.


This is no first recommendation of that kind. There were even attempts to follow them before. We’ve already heard of so called “economic cities”. However up till now roughly 75% of Saudi budget and 90% of Saudi export earnings come from the oil industry. That is why in view of recent oil price drop IMF together with economists of all mainstream editions starting with Aljazeera (

Besides SA has amassed the fullest collection of media accusations of terrorism support and Zionism compared just with US and Israeli ones. It occurred that SA has been also selling oil produced at Syrian oil-field seized by ISIS. So that there is no guarantee that crude arrived to Gdansk isn’t mixed with innocent blood.


Of course this is concerned moral principles. The majority of politicians don’t bother about such small staff. But economic benefit of the seemingly good bargain is much more important. Everyone has understood that SA is reluctant to {work} diversify sources of income and that it will exploit to the utmost national resources {and neighbor ones}. It is logical to assume that Saudi strategy is not to maintain its market share, but to increase it in current situation of a transition from preserving a specific price level to increasing market share. That is why it’s been seeking for new markets and seducing with a lower price compared to benchmark crudes.


However taking in account dismal prognosis and further slipping oil price, even a legion of new partners won’t save Saudis. They won’t afford engaging in predatory price. Instead very soon they will confront their customers with an accomplished fact of change of contract terms to much less favorable ones.


The chances of it are rather high. Just recall the last year speculation of the second largest British operator O2. At that time 8 millions of phone subscribers were handed contracts locking them into annual price rises (

http://www.theguardian.com/business/2014/jan/24/o2-customers-higher-prices-changed-contracts). Fore sure such serious contracts concerned crude supply would be made at another level by schooled experts. But in these latter days of fabulous judicature you can win ANYTHING by court.


Thus it is sad but true that European and Saudi proto-romance is doomed in the current situation. Very soon the Saudi prince charming on the Arabian horse will occur to be a greedy gigolo. He will draw up a predatory marriage article behind the back of a credent bride and make her pay through the nose instead of taking smart money. Meanwhile we will be feverishly seeking for contract loopholes to break from Saudi bonds.