On Saturday November 14th 2015 a march took place in Cambridge that was very much a sign of the times.

It was a march for affordable housing, in an era of all-time-high property prices and proposed Tory policies to force local authorities and housing associations to sell off at least 25% of their existing stock, despite there being enormous demand for new social housing (approximately 2,500 people in the Cambridge area alone are on the Council's waiting list). 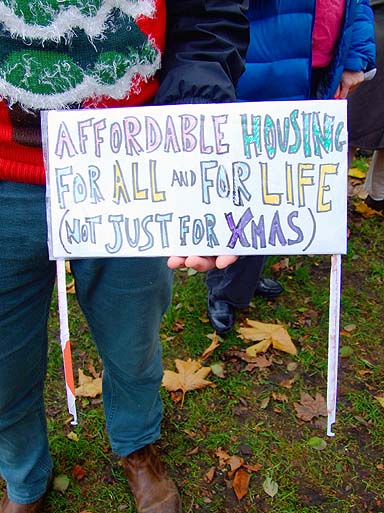 Candidate for the world's smallest placard..? 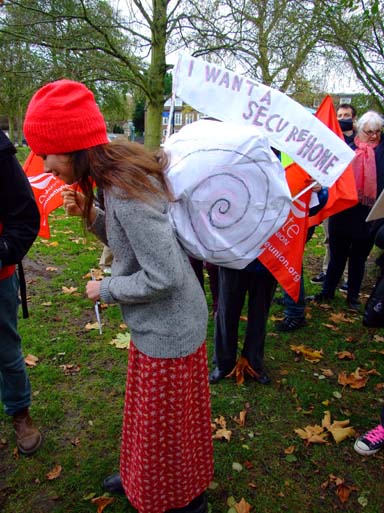 This is all she can shell out for! 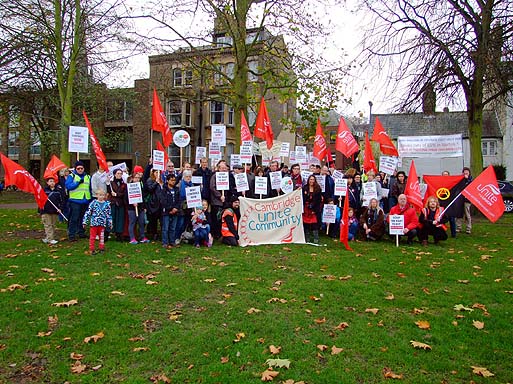 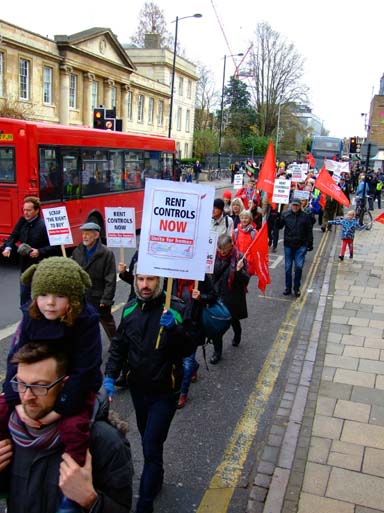 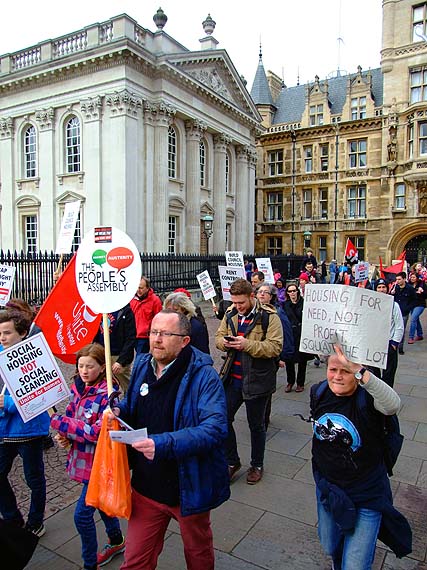 An ironic image? Passing the finery of the colleges on Kings Parade. 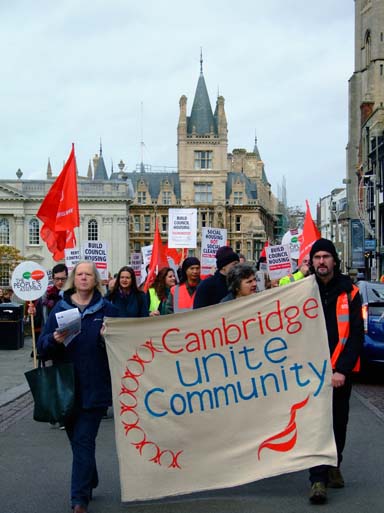 The head of the march, on Kings Parade. 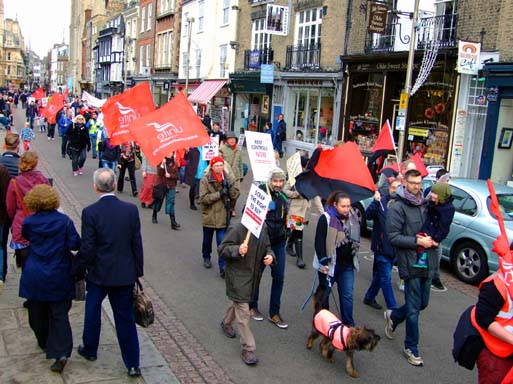 It was a well attended (and visually imposing) event. 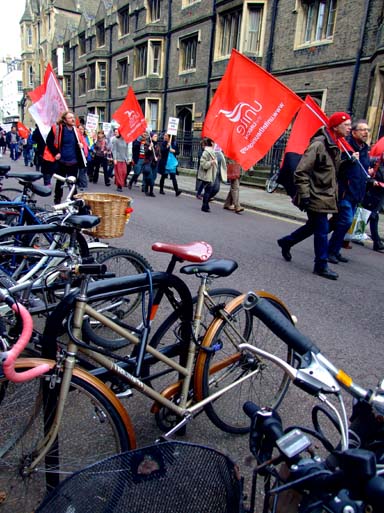 Norman Tebbit would advise using one of these! 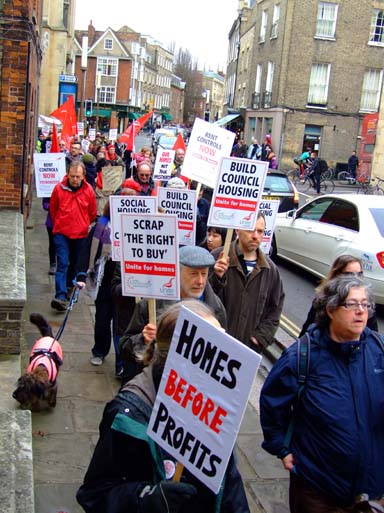 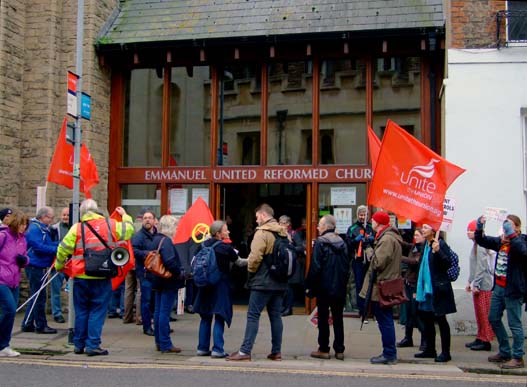 Journey's end, a refuge from the rain, at Emmanuel United Reformed Church. 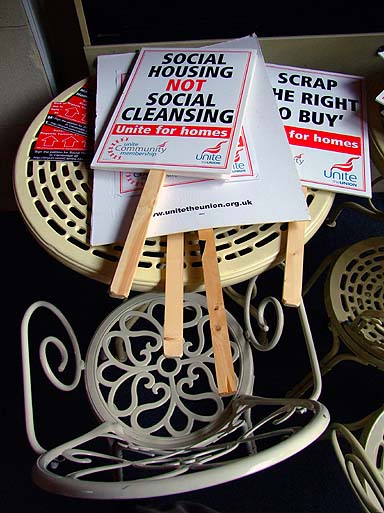 The idea has been tabled. 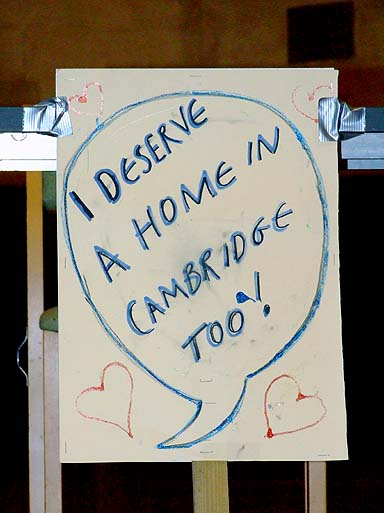 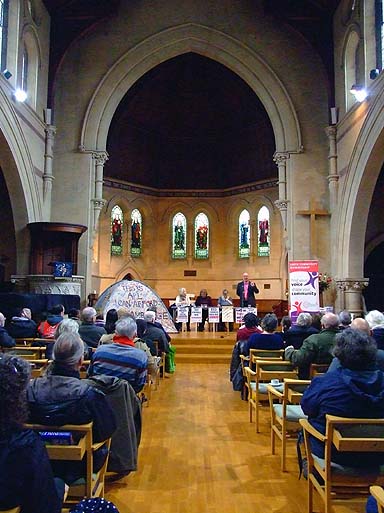 Another kind of house, in which the panel presentation/Q&A took place. 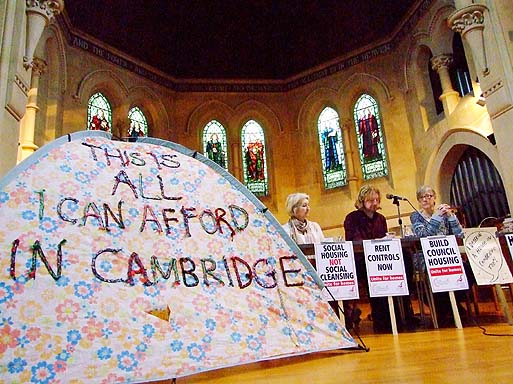 An in tents experience...

We've also witnessed a vast amount of speculative new building going on in Cambridge (mainly around the East Road, Hills Road and Trumpington areas), but very little of it is being targeted at the low price/social housing sector, creating the paradoxical situation where in theory there is plenty of new housing/apartment stock in Cambridge, but it is being sold either to foreign investors (whereupon much of it remains empty), or in bulk for student accomodation - or least those students who can afford to pay £9,000 a year fees, that is.

It is now well documented that the current stock market spike in property prices is one of the largest in recorded history - even bigger than the pre-crash 'bubble' we saw back in 2007/08.

History repeats itself in other ways, as, much like 2004-2008 some cities' skylines are full of cranes, as 'developers' rush to exploit the quick buck to be made in the latest building boom.

Meanwhile those that really need a place to call HOME cannot afford one, so in parallel we also witness a trend towards young people staying at the parental home much longer - some well into their thirties - in some cases even after getting married, simply because either they cannot afford to buy or rent anywhere, or not enough affordable accomodation is becoming available to fulfill demand.

This has not happened since the 1940s, and means in effect things are going backwards in terms of average living standards - and arguably social justice and welfare.

The march itself was a good cross section of the community, starting at Parkers Piece, roving around the town centre and ending at Emmanual United Reformed Church (a welcome respite from the drizzling rain), whereupon there was a panel based presentation then an audience Q&A.

*N.B.
If anyone can provide details of who the speakers were and what they represented, please post this as a comment underneath this article.