Hilla the Hun in her chase of the Genesis Prize

The most warmongering lady ever lived in the White House has been thirsting for returning back in a new role. In 2008, American voters made it clear that they don’t want Hildebeast as a U.S. President. But it looks like Mrs. Clinton doesn’t bothers with such nonsense as Will of the American People. The former First Lady has been showing such stubbornness pursuing this aim that it looks like horns would thrust threw her brow soon. 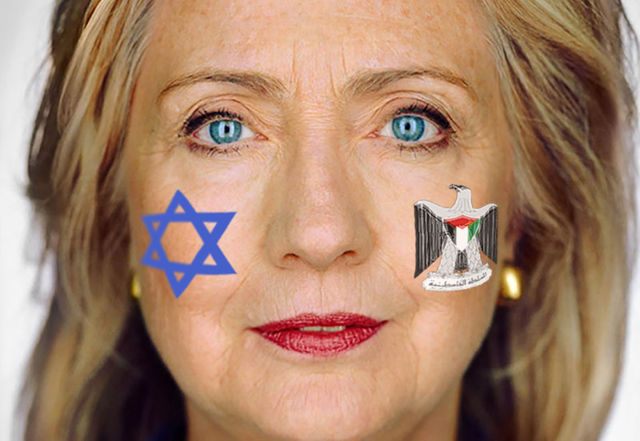 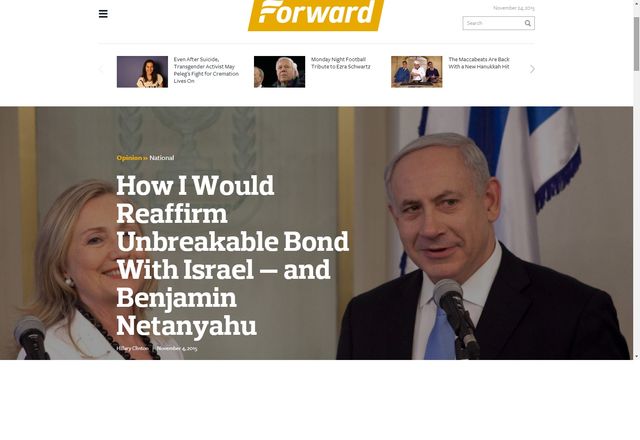 A stubbornness in pursuing aims is an excellent side of character. However it could dig a political grave for its owner, when combined with lack of principles, hypocrisy and some doltishness. Funny that Clinton still cherishes some hopes. She’s lost her face long ago, while supporting terrorists regardless of their nationality or confession, while caring in the least about her own nationals, while changing her opinion to the opposite one the way she changes clothes.

The most shocking news came that in spite of being raised in a United Methodist family, Clinton was nominated for the Genesis Prize. This award was founded by Jewish tycoons together with the Office of the Israeli PM for ‘an exceptional human being who has attained outstanding excellence and international renown in his or her chosen field, is a role model in the community and who can inspire the next generation of Jews worldwide’ (

At first sight it seems to be a move of desperation. The 2016 presidential campaign of Hillary Clinton isn’t that smooth sailing she was looking forward to. The most disastrous was her e-mail scandal (

http://www.usnews.com/opinion/blogs/opinion-blog/2015/03/17/hillary-clinton-email-scandal-will-fade-but-still-have-a-lasting-impact) and her “Hard Choices” knocked against “Failed Choices” (

Obama’s Nobel Peace Prize nomination trick, which won him presidency in 2012, would be of great help. But Clinton was deprived of this Prize in 1998 and even ridiculed for her attempt to look like an Irish peace-bringer (

http://www.telegraph.co.uk/news/worldnews/1581150/Nobel-winner-Hillary -Clintons-silly-Irish-peace-claims.html). At the same time, her PR expert couldn’t find a single prize of similar value among her outwardly impressive stockpile of awards.

Well, ‘if God did not exist, He would have to be invented’. However what could be in common between this Jewish Prize and Hilla the Hun with her Irish Sothern arrogance and pro-Palestinian rhetoric?

http://www.cbsnews.com/news/hillary-has-jewsih-roots/). In addition, I remembered an old article by the Jewish Federation of Greater Houston “Local Legend” and a famous American diplomat Arthur Schechter calling Bill Clinton ‘the best president the American Jewish community has ever known’ (

It would be fair to say ‘the most influential families of the American Jewish community, who managed to get the biggest piece of the American Dream pie at the expense of their less dexterous co-nationals and other Americans’.

All in all, according to Clinton herself, it was her mother who cultivated this hot-shot ambitiousness lying at the root of her successful political career (

http://www.ontheissues.org/Cabinet/Hillary_Clinton_Principles_+_Values.htm). Also she so swiftly left her father’s favourite Republicans for Democratic Donkeys not only because of romance, but because of her mother’s political views first of all.

With the same ease Clinton wriggled into favour of Orthodox Jewish activists, who brought her into the U.S. Senate from New York in 2000 (

http://jpupdates.com/2015/06/23/longtime-friends-tout-hillary-clintons-close-relationship-with-american-jews) and of the American Jewish community of Florida given her 58% (!) of their votes during the primary election in 2008. Nevertheless, each time after her next political career change Hillary remembers about her tender friendship with the PLO in New York.

It looks like Jews learn nothing, or really recognize Hilla the Hun as a soulmate. Here again at the point of 2016 presidential election Israeli online-resources have been lavishing in assurances of support of Hillary by Jewish donors including her Hollywood fans and her daughter Chelsea’s Jewish marriage (

Jews have forgotten huggies and kissies with Suha Arafat in those days, when a husband of the last one was considered as one of supreme terrorists in the world. They have forgotten correspondence and consulting with well-known Israeli enemy of extremist views Max Blumenthal (

http://www.nationalreview.com/article/423547/supposed-israel-hawk-hillary-clinton-sure-received-lot-anti-israeli-e-mails-brendan). Now suddenly! It turns out that ‘the Clinton family has deep, years-long relations with the American Jewish community. Bill Clinton has been fondly referred to as “America’s the first Jewish president” (I thought it’s Obama) and gained the support of the Jewish public, which will also support his wife’ (

Keeping right on it would occur soon that Mrs. Clinton is the best friend of Israel and Jews… Sorry it already has. As the saying goes, straight from the source:

Really, Hilla the Hun is very close to the Genesis Prize. Won’t be surprised if she becomes a $ million richer. A small but pleasant aid for her presidential campaign.

What would be the price America has to pay after Mrs. Clinton’s election win (Lord forbid!)? If it would be refuse from constructive Iranian agreements, or criminal ignoring of the Palestinian genocide, or something else? Let this question remain speculative and never be answered.