Cambridge Says "No" to Bombing Syria!

On Saturday November 28th 2015, Stop The War Coalition called for a nationwide day of action against the UK bombing Syria.

So many attended I had to make a panorama to fit them all in! 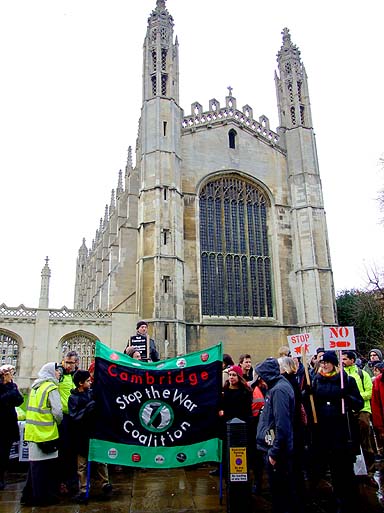 The start, a static rally in front of Kings College. 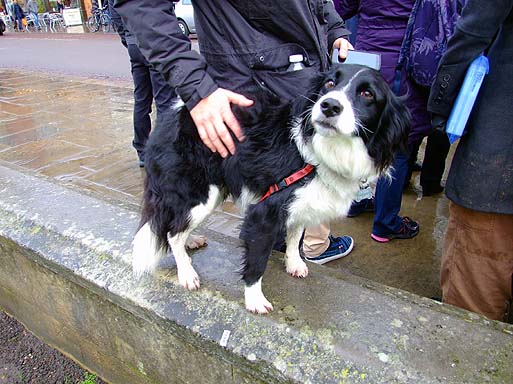 Even our local 'Riot Dog' turned up! 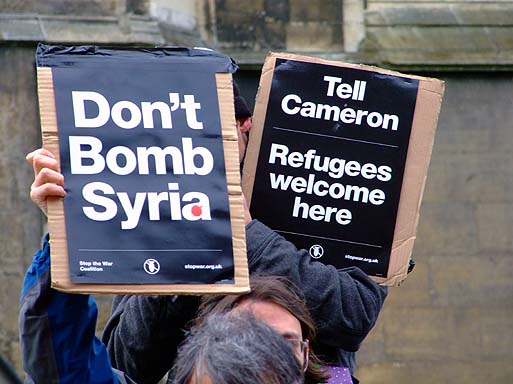 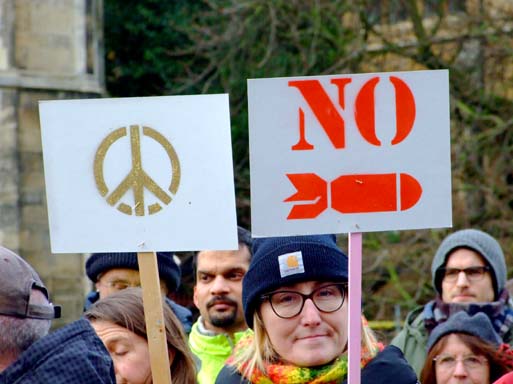 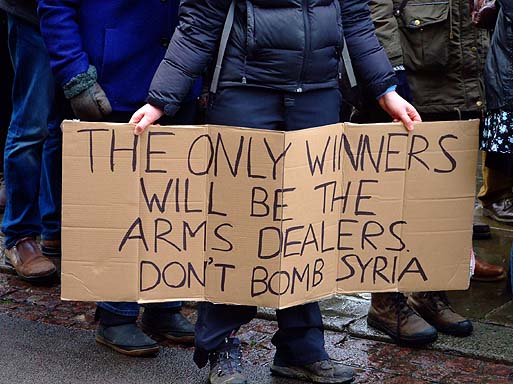 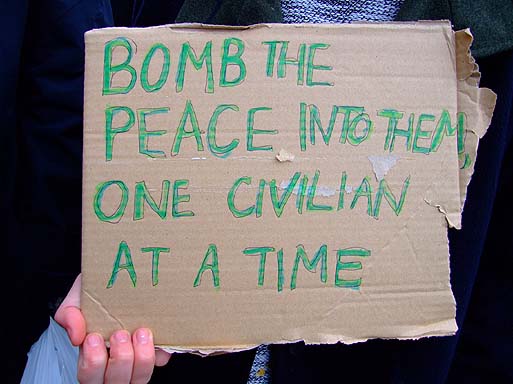 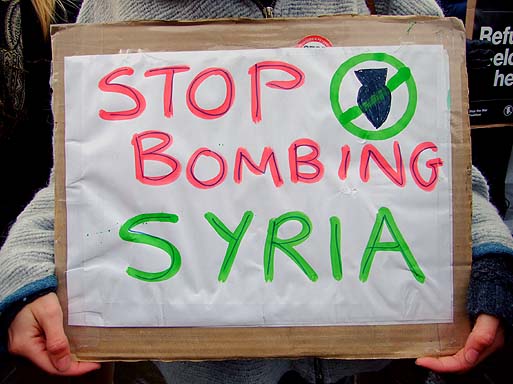 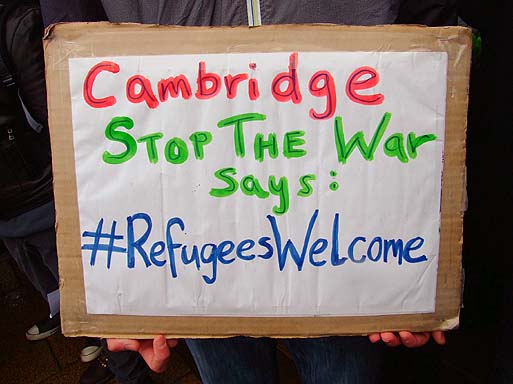 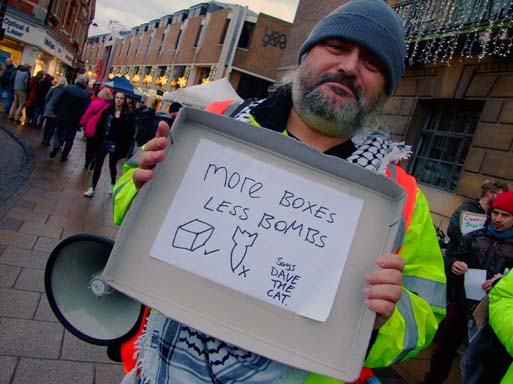 ...And something something by Dave The Cat, apparently. 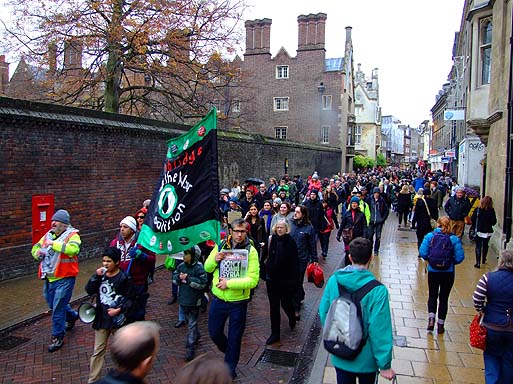 The march, heading towards Round Church Street. 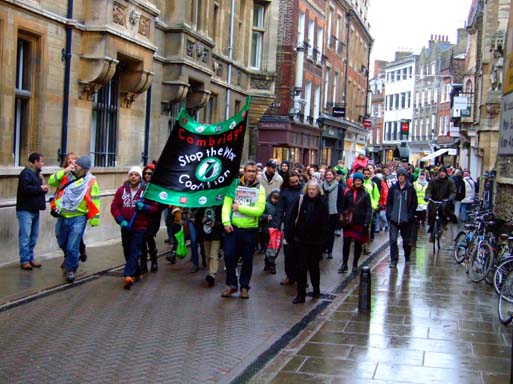 Heading back to the Market Square, from Trinity Street. 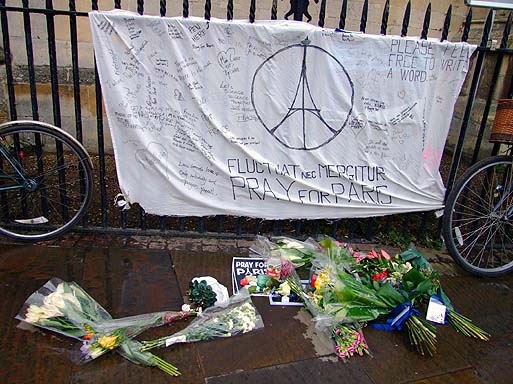 The Paris street shrine was passed by the march, outside of Great St Marys. 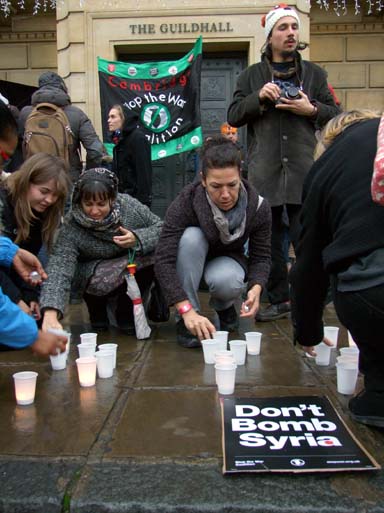 Despite wet, blustery weather, a diligent attempt was made to light candles. 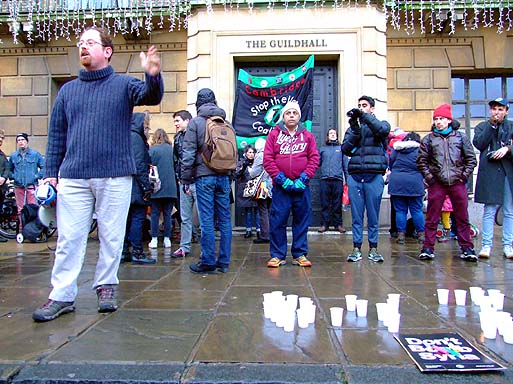 The Cambridge response to this started around 2:00pm (so as not to clash with some other activism taking place on the day), and was well attended by about 200 people, which was an impressive turnout for a demo that was called just 24 hours before.

The first hour or so was in effect a static rally in front of Kings College, at which there were several speakers, including a Labour MP (name in the comments please if you know them), who is vehemently against voting for further military action in Syria, and reminded everyone just how 'well' it went before when we tried it in other countries in the region.

The police were nowhere to be seen, so a spontaneous decision was made to go walkabout, and off we all went on a march around the city centre (see pictures), ending in the traditional place to end Cambridge marches, that being in front of The Guildhall, by which time there was still only one police officer present, so far as I could tell.

It was a grey, overcast day with some drizzle (a pain for photography), but this didn't seem to damp anyone's spirits or passion in the slightest. Towards the end, some candles were produced and lit, although the blustery weather conspired to put most of them out again almost immediately!

Since this demo took place not only has our current MP for Cambridge Daniel Zeichner (Labour) gone on the record as saying he will vote against military action, but Jeremy Corbyn has decided to put the decision to a Free Vote for the Labour party, although given the current schisms in the party this may prove to be a risky strategy.

The final Commons debate and vote on whether UK armed forces should start to bomb Syria will be tomorrow (Wednesday December 2nd 2015), so at the time of writing none of us knows the shape of events by the end of this week.