ANTIFA NATIONAL CALL OUT - BIRMINGHAM 06/02/16 - Tommy Robinson, convicted wifebeater and fraudster has officially announced on his Twitter that Birmingham will be the location of the upcoming Germanic neo-Nazi goosestep. The date to make a note of in your antifascist diaries is Saturday the 6th of February, which, as intended, because Yaxo is shit-scared of the UAF, is the date of their London conference. What Tommy and puppeteer Hel "Growler" Gower have failed to understand, having been so long out of the far right scene is ANTIFA (proper antifascists) are now the antifascist force on the streets, and will not be penned in by the cops. Aided by Irish Republicans. 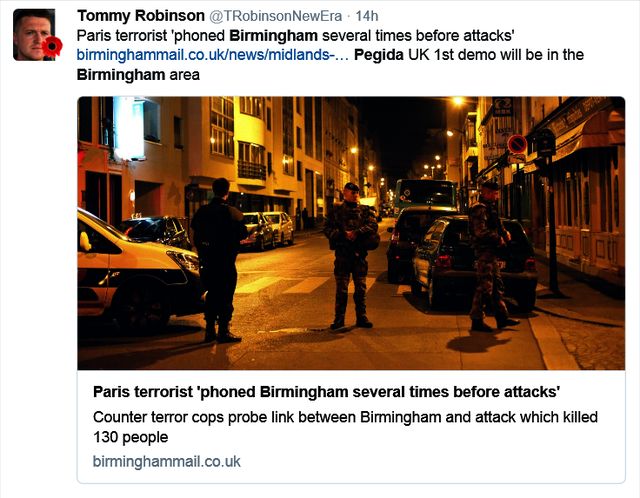 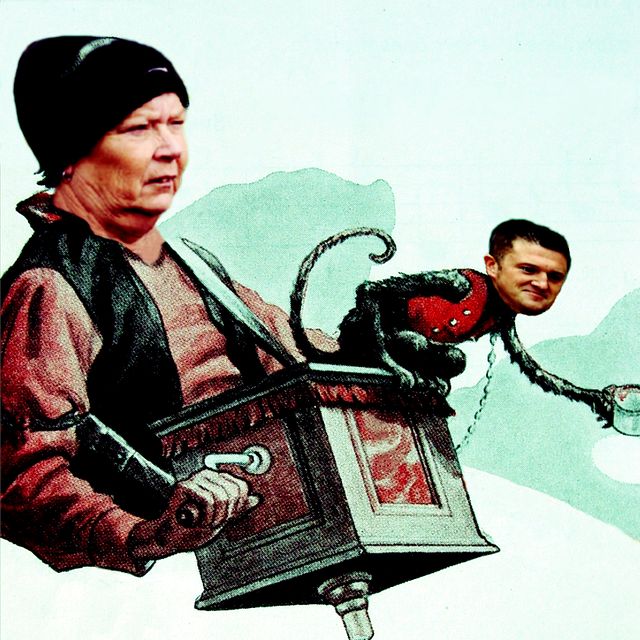 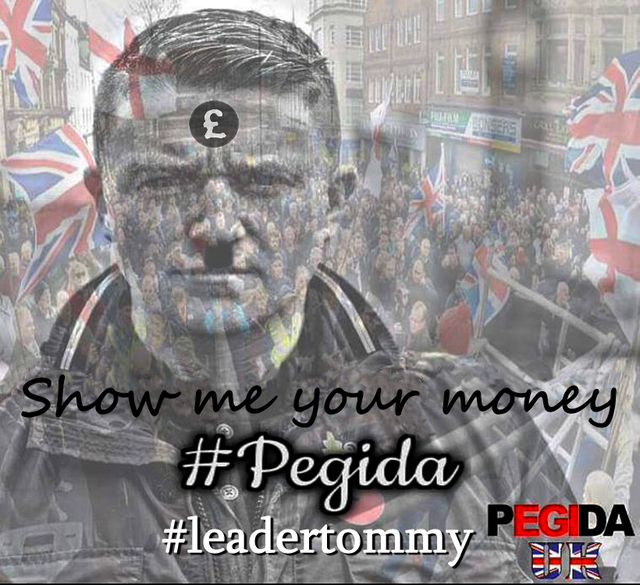 
NAZI SCUM OUT OF BRUM

Whenever British far right groups meet, there are always racial attacks and abuse of shoppers and passers-by. Ignoring fash scum, hoping they go away, never works, and in effect is giving up British cities to neo-Nazi extremists. Allowing despicable fascist morons to take over Birmingham City Centre, exploiting a supposed link to the Paris bombings to spew hatred towards all Muslims in a hateful racist agenda, is showing fascism the white flag.

While the surrender monkeys of the EDL chanted "no surrender", we say No Pasaran! So far, judging by Facebook, attendees include mostly EDL footsoldiers with some Britain First, National Front and even some NWI / Pie and Mash Squad joining in. Attempting to keep his nose clean, Fuhrer Tommeh (Hel Gower's puppet) and his street fascism manager Tim (Nasty But Dim), are pretending to bay alcohol, but the farthest this hypocritical policy will go, is confiscating the occasional can of Stella for the sake of the cameras. Birmingham Council will be laying on a pub as a meeting point so the fascist footsoldiers can get pissed beforehand, as always.

British neo-Nazis don't turn up unless they can get well and truly bladdered beforehand. And that includes Redwatch organiser Watmough and badge seller Eddie Stampton. Stampton likes all things Germanic (pre-1945), and always makes a point to join every far right group going, as hapless "state infiltrator" and grass. As when Pegida marched in Newcastle, despite bog-standard brainless EDLer fascist types, hardcore white supremacists such as Pioneer Little Britain, National Action and even SS supporters from Manchester joined in, as they will do again. Even if Tommeh and puppeteer Growler wanted to ban dangerous Nazi thugs from attending, they know they couldn't. And they won't raise a hand against the National Front turning up with their fourteen word bollocks.

Think twice of catching the train to Birmingham's stations as there is nothing worse than being trapped in a railway carriage full of rabid racists and Nazis insulting, abusing and physically attacking Muslim, non-white and LGBT passengers. Tell all your friends to turn up in Birmingham, and come equipped with suitable clothing.

Birmingham has a thriving Irish community who will come out in their numbers to use direct action to chase the Nazis away. Yaxo better have his running shoes on, lol! Run, rabbits, Run!!!

TURN UP TO RUN THE FASH OUT OF BIRMINGHAM