It is matter of prime importance that we expose the individual behind the online harassment of a certain obnoxious serial troll who maliciously poses as a leftwing activist to tweet extreme racial abuse including anti-Semitism towards people in the public realm to obtain notoriety, much in the same way as jailed far right troll Joshua Bonehill. Once believed to be Bonehill, the Grintz accounts are still active, and are now known to be the work of someone else. Earlier this week, Labour leadership candidate Liz Kendal received horrific abuse from the latest Grintz incarnation - "Dominic Grintz" - AKA "Comrade" which has made the national newspapers including the Telegraph. Grintz's real name is believed to Daniel Abell, and is believed to be living in the Stratford Area. 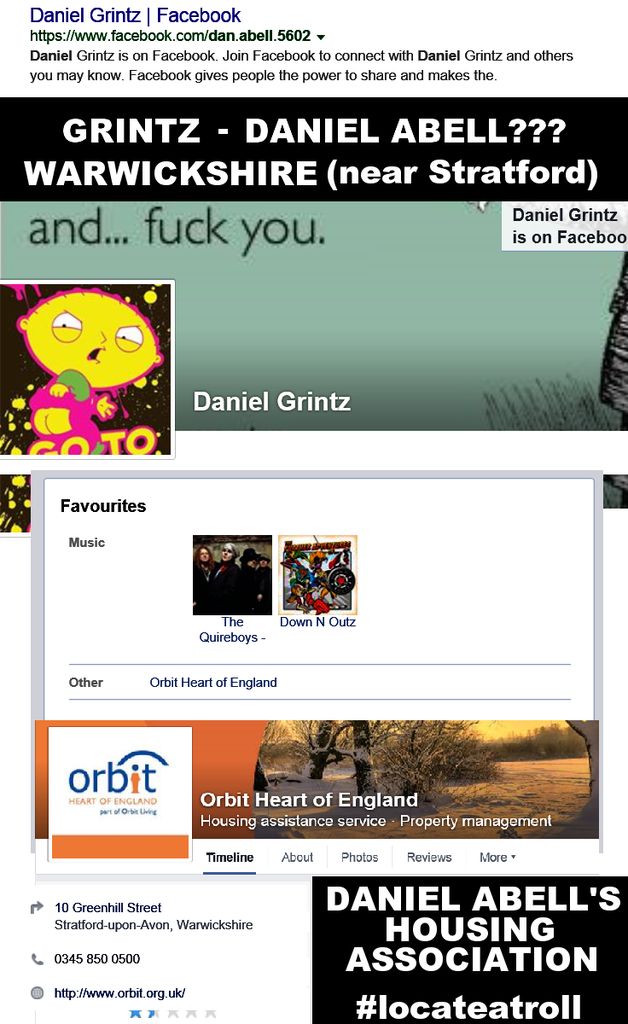 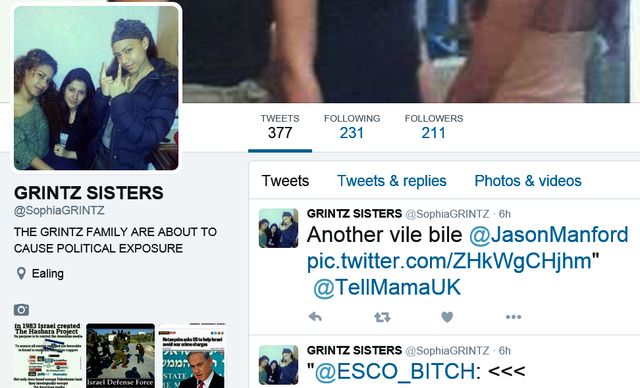 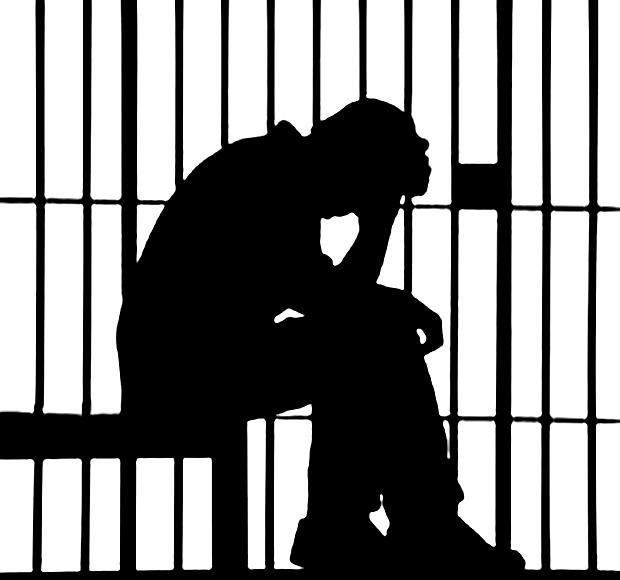 Recently, the Grintz accounts have become more and more shockingly horrific, and have included extreme anti-Semitic and Holocaust references in his tweets, seemingly designed to smear the leftwing of the labour party, particularly Corbyn supporters. Some members of parliament, John Mann included, have fallen for the troll's fake trade union and Labour Party membership credentials, and have called for him to be removed from the party forthwith, taking his compulsively tweeted repulsive bile at face value.

According to our data, there is no known real person(s) living in the United Kingdom to our knowledge with the surname Grintz. A few unconnected individuals live in the States. Daniel Grintz (@dgrintz) was the first incarnation of the now infamous Grintz troll, who became known as Dominic Grintz on Twitter. Unlike his Twitter profiles, his old Facebook profile set up a year or two, still remains on the internet, for all to see, and visit.

https://www.facebook.com/dan.abell.5602 (remember to take your own screenshots)

Every so often, the trolling far right activist Daniel Abell's has his fake identities removed by Twitter, following complaints. When this happens, he simply sets up a new persona to harass people with. All photos used are stolen from stock photos or social media platforms to guise of reality. As I speak, the latest Grintz troll identity to stalk, abuse and menace, is entitled the Grintz Sisters, and this evening, was trying to falsely report comedians and celebrities to Tell Mama, designed to waste their time, and devalue their important work at combatting Islamophobia.

Unfortunately for Grintz, his original Facebook profile, was opened with seemingly his real name, Daniel Abell, stupidly as his URL - what a complete and total idiot. Amongst his small list of "likes", is his local housing agency, Orbit Housing of Stratford, Warwickshire. telephone number: 0345 850 0500 (orbit.org.uk). Housing associations hold databases of names and addresses for the authorities to investigate, meaning young Mister Abell (if that is indeed your real name, which it seemingly is), is trackable by the police investigators with consummate ease.

Deleted social media accounts can be reactivated on request, and IP addresses can be sought from internet providers, so no matter what damage limitation is carried out by "Grintz", it is to little, too late to hide from the Old Bill.