Today in central London, a group of people (not us) did a banner drop and handed out flyers in support for the migrants and the people who stand trial today in France for showing solidarity towards migrants struggle in borders. 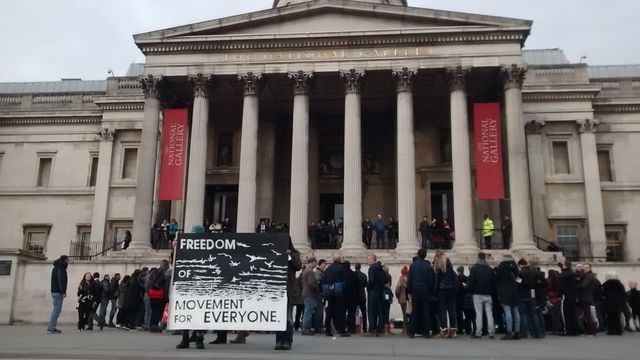 FREEDOM OF MOVEMENT FOR EVERYONE 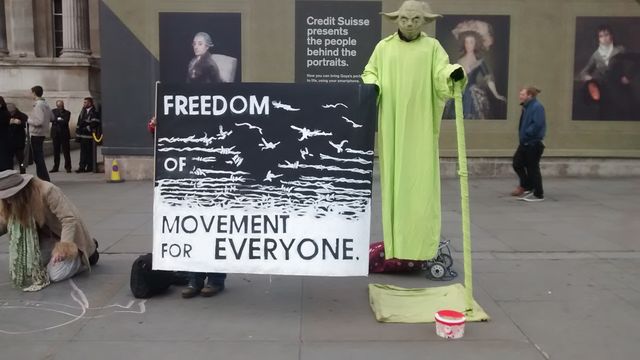 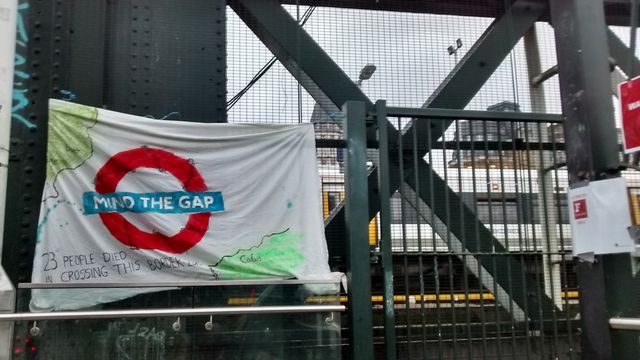 Facing the biggest migration levels in recent history, in the last months, from Ventimiglia to Calais state violence has increased against those who travel without papers. There have been 7 deaths in the past week in Calaisalone, and a heavy increase in police violence.
There has been an increase in repression against those who want to support people without papers. Today, December 14th, 2 people connected to the No Border Network stand trial in Nice and Boulogne, France. One of them was arrested simply from being present in front of the border police station of Menton during one of the many deportations of people from France to Italy. The other is accused of having organized riots in the Calais jungle, with no evidence to support this claim. Those living in the jungle are perfectly capable of taking political action on their own initiative, without the need for Europeans to organize for them.
This action denounced the criminalization of solidarity, and brought back the attention to the borders, as oppossed to terrorism, which many people could argue, people experience daily in the borders of fortress Europe.
Support for all the victims from police, the State and the borders!