My foe’s enemy is my friend. This is how the well-known wisdom puts it and it appears to have become the ideological basis of the mutually beneficial cooperation between Israel and the Kurds fighting IS terrorists and other radical groups on the Syrian land. 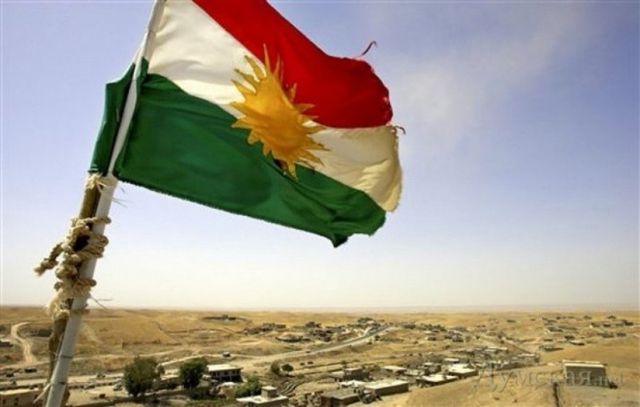 The Jews and the Kurds actually seem to share the same fate. Both peoples have been subject to their neighbors’ hatred, being stateless and persecuted throughout centuries. Israel got independence 50 years ago or so, while the Kurds are still only dreaming of establishing independent Kurdistan recognized by the whole world. But it seems the Jews are now aware of some vital things able to change the present state of things. They have launched the comprehensive effort to support the Kurds sticking to the secular ideology of socialism. It’s quite logically of the Jews if you take into consideration the fact they also have to oppose radical Islam in the region.

The Islamic State threatening peace and stability in the world appears to have played the decisive role in making closer Israel and the Kurds and boosting cooperation between them despite Mossad’s involvement in the year 1999 operation of the Turkish special services in Kenya to abduct Abdullah Ocalan, leader of the Kurdistan Workers’ Party (PKK). Now Israeli instructors in Iraqi Kurdistan are training the Kurdish Peshmerga militia, supplying weapons to Kurds and keeping a constant lookout from the Kurdish land on the Israeli sworn enemy, which is Iran. That’s why there are so many questions to the recent Turkish statement that followed the entry of the Turkish tank battalion into Nainava province in Iraq. Ankara asserted its military presence was aimed at training Peshmerga to oppose Daesh.

70,000 Peshmerga fighters, who used to be seen in Turkey as extremists threatening the integrity of the country, are already trained well enough to go on with successfully attacking terrorists, forcing them back from their positions, depriving them of oil rigs and oil deposits, source of multibillion profits of IS selling oil to Turkey. It appears to be the real motive of Ankara decision to ‘render support’ to Kurds, who encircled IS-held Mosul. The same reasons seem to stay behind the regular ‘friendly’ air raids of the Turkish military jets to hit Kurds. Ankara is least inclined to give up oil profits and it just can’t allow a Kurdish state to emerge on the lands of the Iraqi and Syrian Kurdistan. This would entail further claims to Kurdish provinces in southern and eastern parts of Turkey where the PKK fighters have successfully accomplished their military operation recently forcing Turkish forces to retreat and then make the Turkish soldiers parade through the ‘Corridor of Shame’ in the city of Silvan. More successes of the sort to follow would mean disintegration of the country.

It’s worth noting that Turkey is an enemy not only for the Kurds. Ankara and Tel-Aviv also stopped to be strategic partners long ago. The trade cooperation between the two countries is still alive but series of provocations and Erdogan’s belligerent demagogy have marred the relations for long. The ruling Turkish Justice and Development Party is now trying to get on the scoresheet by employing anti-Israeli rhetoric and is provoking Jerusalem to erect sort of sanitary buffer zone around Turkey with its voracious appetites and neo-Ottoman ambitions. The Balkan Christian countries next door to Turkey (Greece, Bulgaria, Romania), as well as Cyprus and Armenia, bore the Ottoman rule and coherent ‘pleasures’ on their own backs and so they are readily cooperating with Israel. The logical string of events may bring Kurdistan to the position of the missing south-eastern link of the chain to encircle Turkey completely.

The evidence of the close Israeli-Kurdish cooperation has been provided not once by mass media during the last decade. As far back as 2004 in the article published by New Yorker Pulitzer prize-winning American journalist Seymour Hersh asserted that Israel had formed special Kurdish units able to gather intelligence data, carry on subversive activities and special missions. In August 2011 Iran declared that it had held information about construction in Kurdistan of some bases for drones serviced by the Israeli specialists training the Kurdish personnel as well (

http://www.todayszaman.com/diplomacy_israeli-herons-give-intelligence-to-pkk-intelligence-officers-say_268815.html). This time it was about the intelligence gathering operation by Israeli drones in Turkish Hatay and Adana provinces. According to the newspaper, the data was being passed on to the leadership from the military units of the Kurdistan Workers’ party now staying well in the know about things relating to “where Turkish military border posts are relatively weak”. The Turkish mass media citing the ‘sources’ in the special services of Turkey reported that one of the PKK leaders Cenan Yield Izbakan who led the attack against the Turkish Navy base in Iskenderun, had frequented Israel. In May 2012 Iranian mass media released some reports on a Mossad base located in the Iraqi Kurdistan on the junction of the borders with Syria and Iran.

It’s quite obvious that interests of Israel and the Kurds coincide. Tel-Aviv officials and the Kurds share similar vision of many Middle East issues. Now, when Erdogan has actually started playing his own part, doing the USA and NATO a bad turn, the Kurds could become not only sort of buffer zone for radical Islam but also a cold shower for Ankara. Furthermore, Americans acting via Israel may well make a try to rely on the Kurds in the long run so that not to lose face finally due to Washington’s extremely inconsistent Middle East policy. Taking into account Obama’s strong intention to come into history as a major participant of the multibillion democracy advancement regional project we may well expect some new reality to emerge in the region. Turkey will be just thrown overboard once and forever amid the birth of a new widely recognized (by the USA and Israel in the first run) state of Kurdistan. It’s no wonder that Selam Saadi, chief editor of the Kurdish news outlet Rudaw, is convinced that ‘the Kurds are the only nation in the region that has not been filled with hatred toward Israel and America. the majority of Kurds believe into a European style of government.’ (

http://www.timesofisrael.com/yazidi-militia-makes-public-request-for-israeli-help/#) Similar ideas are rather widely spread at present in western mass media and on the Internet and they may well become the foundation for Washington and Tel-Aviv’s nod to establish the Kurdish state.