The main challenge of the current Syrian conflict is that, despite the formal stances of its participants, their interests are so closely intertwined that offstage agendas are being pursued behind the backs of the so called allies while the foes come to some unexpected agreements. Germany is no exclusion in this context.

Berlin, nominally being a NATO ally of Ankara, doesn’t always stick devotedly to its partnership commitments. 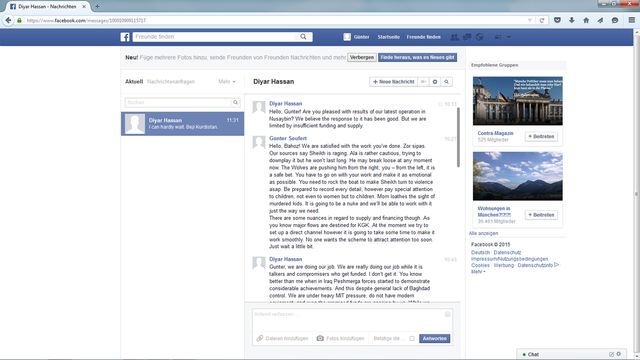 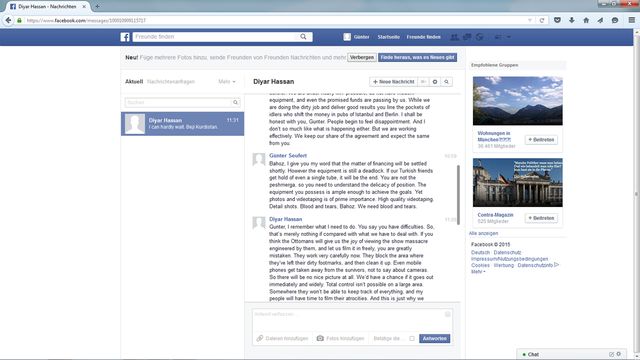 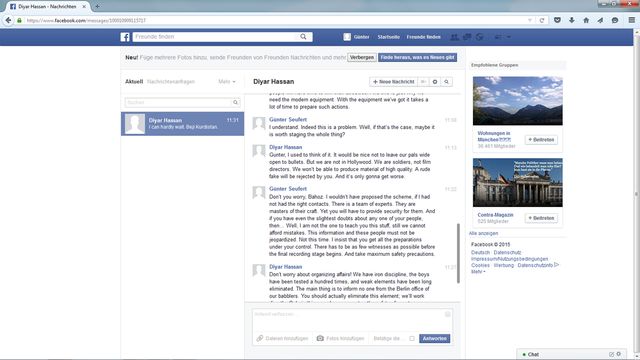 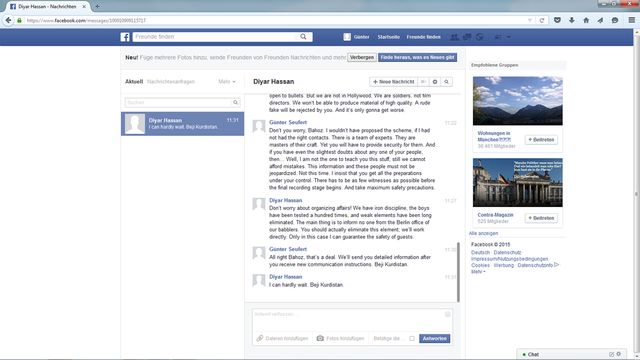 This is vividly confirmed by the Internet Facebook correspondence between Gunter Seufert, an expert of the German Institute for International and Security Affairs, and some Diyar Hassan, whom Seufert addresses as Bahoz. As it follows from the correspondence, the German expert is intensely interested in the Kurdish fighters’ actions to provoke the Turkish forces of law and order so that they would have to resort to physical force. The atrocities of the Turks are to be captured on video and photo cameras. According to the German, children by all means must be in the picture, for
“Mom” (this is how they call Angela Merkel in Germany) can’t stand the sight of the killed kids. But Hassan-Bahoz firmly believes that right now in absence of money and the additional equipment (presumably weapons) this operation is impossible, for the Turkish secret services are exerting tough control in the regions of mop-up operations taking away all the photo and video gadgets from the locals. In wake of a possible alternative plan Seufert is ready to send a team of experts to Turkey for cutting a good quality version of events. In this case the Kurds are to ensure the safety of the group.

Furthermore, the correspondence testifies to the fact that prior Kurdish attacks on the Turkish policemen were also orchestrated from Germany.

There are many questions relating Diyar Hassan. In lack of any reliable information on who he is only some assumptions may be made. Apart from the Kurdistan Worker’s Party fighters there are also active in Turkey the units of the Kurdistan Freedom Falcons. According to secret services’ data, they are run by Fehman Huseyn, also known as Bahoz Erdal.