Valuation of crude oil is one of the main issues of concern for financial analysts all over the world now because of the stable trend to oil prices’ fall, outlined in 2014. In just two years ‘black gold’ price slumped by almost 60%, provoking a number of negative macro-economic processes and the fever hitting the global currency market. 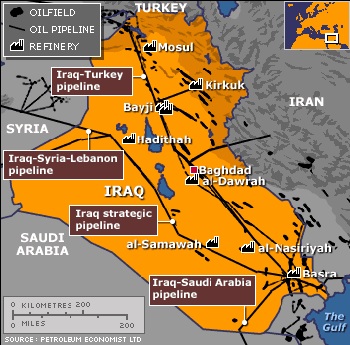 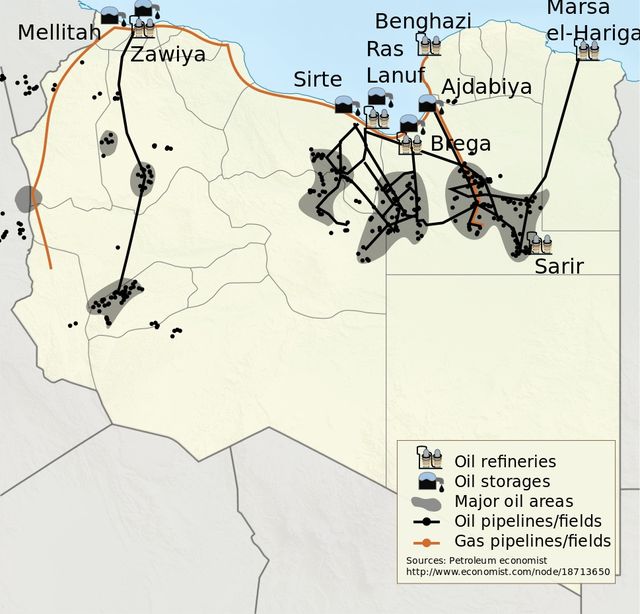 Currently oil price continues its decline amid the disproportionate increase in oil supply against growth in its demand at the market. The main factors shaping this process are:

- the increase in supply of OPEC nations’ hydrocarbons;

- the growth in volumes of shale oil deliveries from the USA;

In this regard, observers give mixed forecasts of ‘black gold’ costs as far ahead as anyone can see. For instance, Morgan Stanley Bank gives the number of $40 per barrel, analysts of world big investment banks –$62- 64; international independent experts – $70-75. The latter reason it by the average cost of US shale oil in $58 and the deficit of OPEC members’ budgets as soon they will be unable to compensate for own losses through revenues from futures contracts’ sales.

Meanwhile, only few experts pay attention to such factor, which can have really explosive impact on world oil prices, as threatened seizure of Iraqi and Libyan oil-rich fields by Daesh militants with subsequent destruction of their infrastructure in the event of full-fledged war. Contrary to the current situation, somehow this topic is still ignored by most analysts and media. For reasons undefined, observers also refuse to talk about extremists’ mass exodus from Syria as a result of active actions of Russian and French Air Force. Retrograde crossing, Daesh militants blow up captured oil-derricks, refineries, pipelines and other facilities in Deir ez-Zor and Raqqa provinces, which are the key oil fields of the country.

The threat of losing the main source of income instigates Daesh to seizure of new oil fields in Iraq. Baghdad has repeatedly pointed to the problem of ever-increasing stream of extremists trickling over Syrian-Iraqi frontier with their subsequent concentration near the largest deposits of ‘black gold’ in Kirkuk and Baiji.

However, the US-led international coalition against Daesh still prefers not to lay special emphasis on it. Amid accusations of Turkish oil trade with Daesh militants Turkey’s military build-up in Northern Iraq, contrary to Baghdad’s requirements to leave the country, sparks great concern. I’m beginning to think that Ankara does everything possible in order to solidify in this region at all hazards and under any ‘specious’ excuse. One can only speculate about the true motives of Turkish authorities. The situation in the northern provinces of Iraq is heating up every day, given the fact that the League of Arab States has joined Baghdad’s requirements to withdraw Turkish troops from there immediately.

Deplorable situation is in Libya, too. Despite signs of progress in stabilizing the situation there, many oil-rich fields and infrastructure in Ra’s Lanuf, the areas of al-Hamra in the west and Sirte in the east of this country become the main targets of Daesh terrorists.

And not only UN observers’ data bear evidence to it, but also the legitimate Parliament’s representatives in Tobruk express alarm at it. Now Daesh bulk strength makes its way to the fields in the south of Libya and tightens control over the coastal area around Sirte, simultaneously carrying forward advance to Tripoli. If we do not prevent extremists from advancing to the south of the country, they may get to territories, controlled by Boko Haram and other Islamic extremist groups, based in neighboring Nigeria and Chad, thereby forming ‘the axis of terrorism’.

Taking into account the totality of these problems, it is rather difficult to agree with financial analysts, who consider it should not be expected that in the near future oil prices will give a jump at world markets, as most likely just next year the oil will increase in value after its long decline in price. Unfortunately, destabilization of current situation in Iraq and especially Libya is the most probable scenario here. We should not eliminate a possibility of full-scale military operation, initiated by the international coalition against Daesh terrorists in these areas. The effect of this activity will be a shock for price quotations and oil market in general. The aimed militants’ action to destruct Syrian oil infrastructure may be repeated then. According to some estimates the price of oil can be $150-180, which in any case will affect the well-being of many nations.