Is Indonesia employing ISIS to get a leading role in the Islamic world?

When you refer to ‘Islamic factor’ stay fully aware of how different Islam may actually be in Pakistan, Turkey, Saudi Arabia or Indonesia. The versions of Islam in these countries have more differences rather than similarities. In case of Indonesia, we should focus at several local peculiarities: the world’s biggest Muslim community, well-thought and balanced foreign policy of Indonesian leaders based on moderate approach to resolving global issues, and at the same time the sophisticated mixture of inner tasks aimed to bar Islamic radical elements from power in the country. 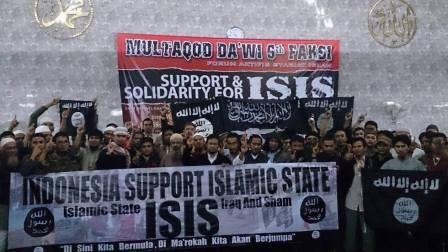 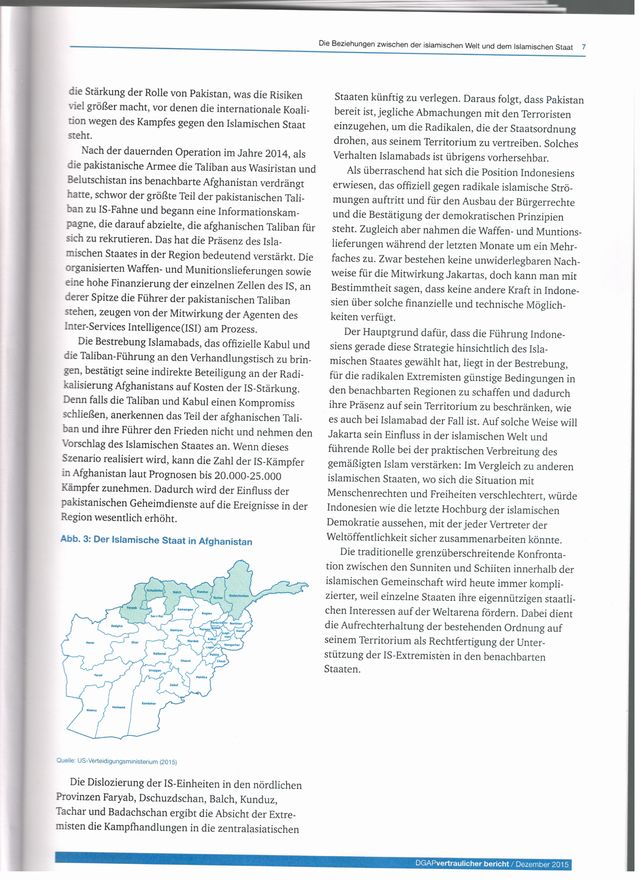 The latter may well explain the Indonesian playing footsie with the Islamic State. The ISIS leaders make no secret of their plans to boost their presence in the country, both directly and through the dummy groupings. In particular, ISIS has already voiced its plans to set up caliphates outside Middle East region and pointed to Indonesia as one of the places for realization of these plans.

As it follows from the report of the German Society for Foreign Policy, the fears of inner political misbalance, loss of exemplary democratic image, as well as anxiety over own safety, push Jakarta to military cooperation with ISIS. And clear evidence of Indonesian supplies of military equipment and munitions to ISIS testifies to the evidently doomed to failure attempt of Jakarta to ride both sides of the line.

http://conservativepoliticalforum.com/political-discussion-and-debate/help-pls-german-english-isis-indonesia-%28report%29/ asked to translate it in English):

The position of the Indonesian leadership has turned out to be quite unexpected. The official line of Jakarta is to oppose every radical Islamic grouping and opt for more civil rights and rule of democracy instead. Simultaneously, supplies of weapons and munitions destined for ISIS terrorists from the territory of the country have increased by several times during the recent months. There is no firm evidence proving Jakarta’s involvement in these supplies. But no other force in Indonesia appears now to be in the position to financially and technically manage this sort of job.

Just like in case with Islamabad, the major motive behind such a strategy of the Indonesian leaders towards ISIS is the desire of curbing the radical groupings’ presence on Indonesian territory by creating some friendly environment for them in neighboring regions. Thus Jakarta plans to beef up its influence in Islamic world and its leading role in virtual spreading of moderate Islam. Amid constantly worsening situation with observing the major rights and freedoms in other Muslim countries, Indonesia will show up as one of the last beacons of Islamic democracy to safely and solidly cooperate with by any representative of the international community.

Traditional trans-border schism between Sunnis and Shiites in Muslim world is currently becoming more sophisticated with the advancement by separate states of their own interests on international arena. And they see keeping existing state of things on their lands as good enough justification for the support they render to ISIS radicals in neighboring countries.

Is CGHQ serving us David Cameron as a propaganda whore?

This appeasement detector warning is debunking the propadanda disseminated by British spies against the indymedia network quoting an alleged leak of redundant customer blurb of a think tank involved in brokering Berlin´s tank sales to the Jakarta regime.

German tank sales have come under increased pressure after their use against the uprising in Bahrain came to deface purported support statements of Western politicians for the popular struggle, especially since the labour party junior-partnering in the current cabinet dropped its ambition to enforce its own human rights codex in the swing voter dominated manufacturing sector.

Berlin´s CFR branch is one of the usual military-industrial complex mouthpieces in the Washington-rooted network known for its complicity in war crimes and arms peddling. Yet the alleged leak presented contains no new information on the controversial tank deal. Worse than that, the packaging of it seen above is a piece of debris reflecting hallucinations currently circulating in the more braindead nether regions of that complex.

As the Western campaign against Syria and Iraq is dramatically failing, spies in fear of seeing their guilt uncovered are attempting to sow disinformation in the Non-aligned Nations. For mental health reasons, such evil propaganda should be systematically eliminated from this platform to make room for independent investigations against false flag machinations of both local and foreign opponents in the thereby officially abused country.