The drunken dregs of the master race amassed in abridged numbers down in Dover, having earlier attacked an antifascist coach smashing the windows and daubing a swastika across the vehicle, letting the whole world know once and for all, the National Front are unreconstructed neo-Nazis. For all the hype about what they would do to ANTIFA, once the scuffles began, the cowards cowered behind police lines, whilst trying to claim a moral victory. The ghost of Adolf Hitler must have been so proud watching on from hell as the drunken thugs fought and tripped over each other, some unable to stand up straight as they got jostled back and forth from both antifascists and police horses. Combat 18 flags draped around shoulders alongside red, white and blue white power flags, blood pouring down faces, bawling insanely towards locals and passers-by, the Waffen SS they were not despite SS flags on show. National Action members were present, which said all you need to know, as were the Bristol United Patriots. All the usual hapless fascist suspects. 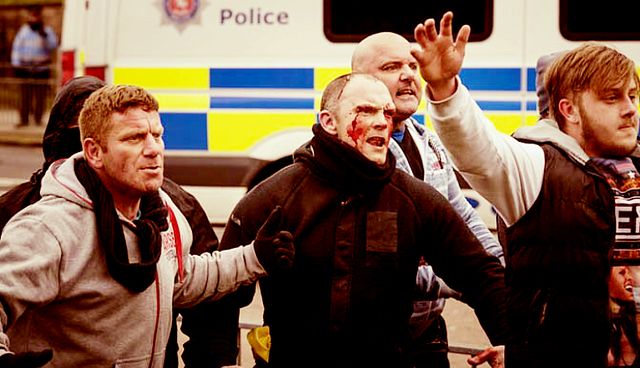 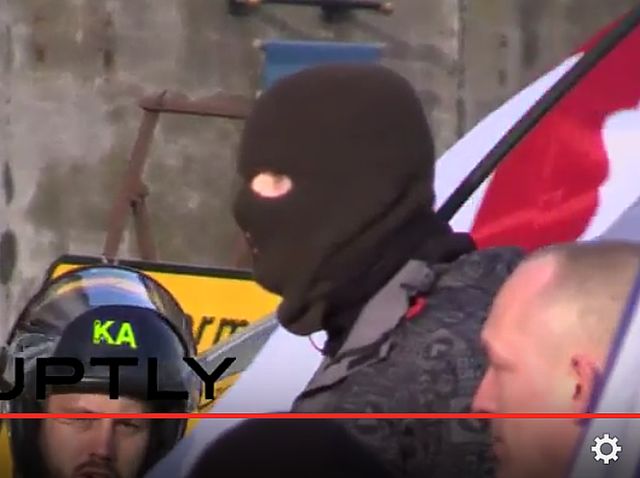 Not Terrorists - For Being White

Eventually the drunken rabble managed to break free from ANTIFA and march down to the sea front to make racist speeches at a traffic roundabout. Once there, having spent ten minutes fiddling with microphones like some far right masturbatory ritual, their hate speeches began in earnest. The target of their "anti-white genocide" speeches was Diane Abbot, whom the NWI speaker said should be "repatriated" along with all non-Anglo-Saxon citizens who the he claimed were taking over the Western world.

One of the more laughable accusations the speaker made, was that the Tory government wanted to make every British baby mixed race, which the (obviously pure) Aryan thought was a terrible thing. The thought of David Cameron as some sort of cupid, is mindboggling to say the least.

"Britain belongs only to the white indigenous people not animals", the inebriated "speaker" warbled, struggling to deliver the white supremacist fourteen words in the correct order, whilst some dinosaur in the crowd interjected "n*ggers aren't British". Followed by Rule Britannia as he was helped off stage, it was the 1980s all over again, although some attendees had been marching since the 1880s, British Nationalist movements overshadowed by bladder and bowel movements as most of the crowd sloped off hurriedly before they fouled their underwear.

Whilst fascists threw rocks, bottles and any other missiles they could lay their hands on, officers of the Kent Constabulary prepared for the next round of government police cuts by retraining as Madame Tussauds waxworks models, refusing to bat an eye lid as one after one, the speakers spouted extreme criminally racist statements until their makeshift sound system failed. Antifascists got kettled a distance away, harassed by the boys in blue whilst the supporters of Nazi Germany got a relatively easy ride, not that forces of law and order are unrenowned as being enablers of fascism.

Pegida UK will attempt to march in Birmingham next week. It is absolutely imperative that all opponents of organised racism turn up to oppose fascism and Nazism next week also. Tommy Robinson must be made to feel the heat, just like the National Front in Dover. Arrive by bus, coach or car to the Birmingham International Airport to help nip Britain's latest hate movement in the bud.