In the same week that billions of people worldwide commemorated the Holocaust, vile horrific neo-Nazi NWI and NF thugs turned up in Dover to salute history's worst ever mass murderer, Adolf Hitler. Whilst the BBC and Sky News liked to call them far right protestors, they were the furthest right as you could possibly get - supporters of anti-Semitic genocide. Such pictures were not broadcast by the main news channels who preferred to describe the disgusting national socialists as "anti-refugee campaigners". Shame on he media for going soft on Nazi hate, and failing to spot the hardcore neo-Nazi regalia, including triple cross NF flags, Combat 18 flags and the dozens of Hitler salutes that happened throughout the day. Playing up to the David Cameron / Theresa May narrative that immigration is a "bad thing" is bad in itself, but failing to spot Nazis as being Nazis, shows a distinct lack of understanding, sacrificing history and common decency to facilitate a rightwing political agenda. Ordinary people were not out demonstrating against refugees in Dover. National Socialist thugs were! 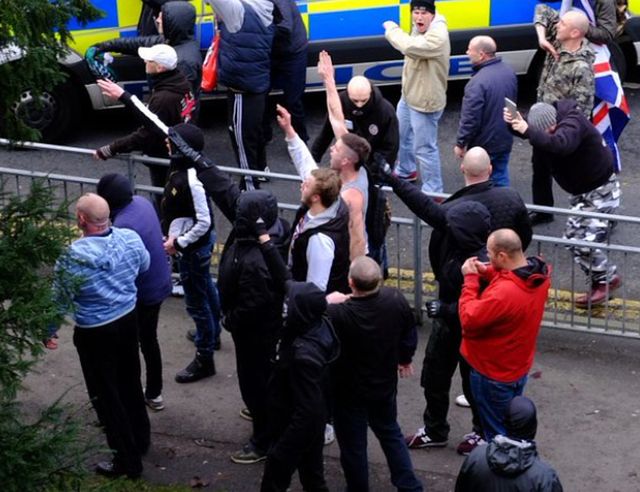 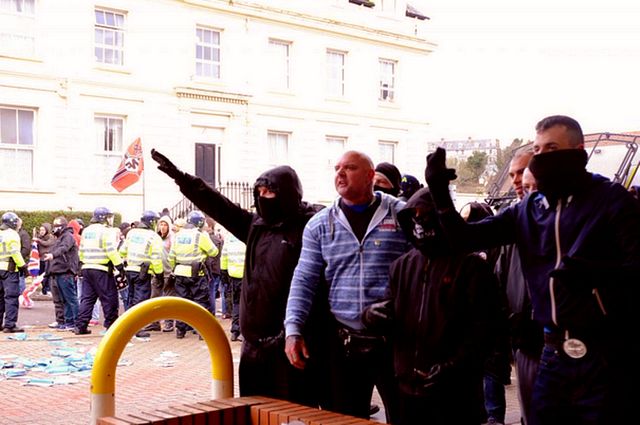 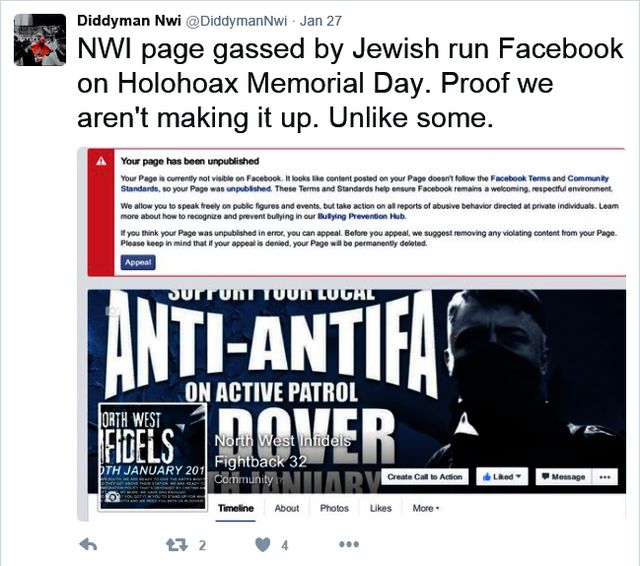 The pictures say it all - and such is hardly surprising as Shane Calvert also called Diddyman, posted a sickening statement of Holocaust denial, approved by his new best mate David Child, where he uses the term "gassed" and talks of the "Holohoax".