On Ukraine's support of ISIS

Since complete international isolation of Islamists isn't achieved, any military confrontation with ISIS would be inefficient. Meanwhile Middle Eastern terrorism gets support not only of Islamic countries but also of those ones that pretend to belong to European democratic community. Also this community seems to consider that relations with terrorist structures of such countries as Ukraine are a common thing. At any rate, neither Berlin, nor Paris, nor Rome have ever condemned Kiev or called to do away with the Dudayev battalion (an armed group of radical Islamists mainly consisting of Chechens but also including militants from other Caucasian regions, and some Ukrainians) or the Sheikh Mansur battalion (seceded from the Dudayev battalion, placed not far from the Mariupol city in south east of Ukraine). No one also demanded to eliminate either Hizb ut-Tahrir organization banned by the majority of civilized governments, the ultra-radical UNA-UNSO, or the Right Sector. However all those organizations have been openly fraternizing with ISIS and even blew horn about it until recently. 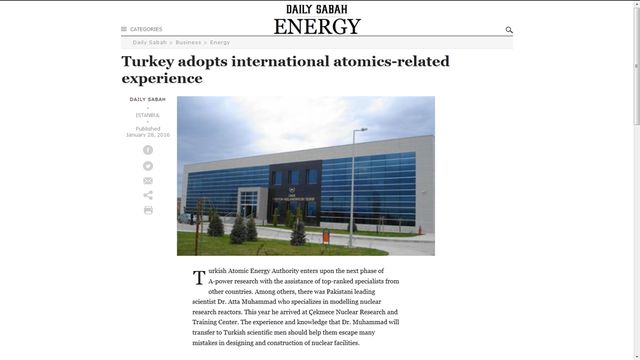 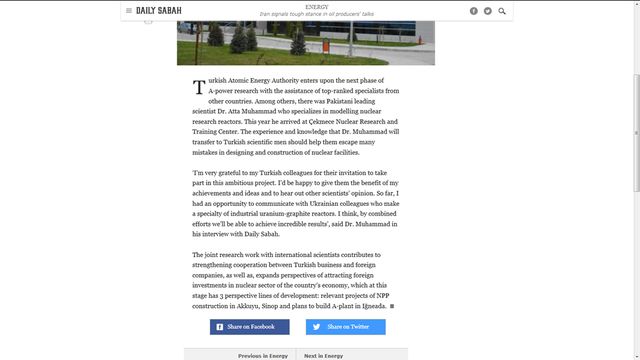 The leader of the UNA-UNSO Dmytro Korchynsky and his Right Sector counterpart Oleksandr Muzychko succeeded in Middle Eastern bridge building. The first one thought that terrorists had been the only Kiev's allies in its fight against Russia and called Islamists for 'taking a good aim' at Russians. The other one was one of a general connecting links between Ukrainian ultra-nationalists and Islamists and liked to vaunt of success in dealing with ISIS. They say that the information about sale of Israeli and Soviet missiles and allegedly nuclear weapons elements to Daesh leaked to mass media due to his excessive garrulousness. However, after his death (which has been considered no-coincidence – he was killed during Ukrainian police-involved shooting) the leaks to the media died out. Some people believe that all relations with Ukrainian group of ISIS and its Syrian leaders have been monopolized by power structures annoyed with public rodomontade of Muzychko and his 'associates'.

It is clear that there is no trustworthy information in this respect. This is just a buzz. But there is no smoke without fire. They say that regular (!) contacts with ISIS are under the jurisdiction the Verkhovna Rada MP and the Minister of the Interior's adviser Anton Herashchenko (!) famous of his proposal to publish personal data of Russian pilots in Syria, so that the militants could have the opportunity to take revenge.

Apropos, Ukraine being represented by the secretary of the National Security and Defence Council Oleksandr Turchinov occurred to be nearly the only state applauding the attack on the Russian Su-24M bomber by the Turkish Air Force F-16 fighter. By doing so Kiev has distinctly defined which side it's been standing and whom it's been supporting. The speech of Ukroboronprom Deputy Director General responsible for Foreign Economic Activity Denis Gurak that Ukraine and Turkey had reached agreement on joint projects in many fields of defense industry, in particular aerospace, aviation, armor sectors and boosting security and protection in the Black Sea waters refers to the same.

On top of that Ukraine has given Turkey all scientific resources in the field of nuclear research remaining since Soviet times. Thus Ukrainian engineers of carbon-uranium commercial reactors meant for production of weapons plutonium participate in research works organized in Turkish Nuclear Research and Training Center. In this way, Islamists can gain access to technology of making plutonium nuclear bomb through the agency of Turkey!

It's a remarkable fact that a representative of Syrian Turkomans Alparslan Çelik who is deemed to be responsible for the murder of the Russian pilot expresses thanks to Ankara and both ISIS and Ukrainian authorities as well in his appeal to Turkish government.

His appeal was detected by Anonymous Group on one of Islamist sites نداء الى تركيا و داعش و اوكرانيا.


There is every ground to believe that the alliance between Kiev and jihadists exists and that both sides have been actively engaging. For Ukraine, ISIS is a considerable leverage in its confrontation with Russia and an inexhaustible source of 'black' money at the same time. In particular ISIS supplies Ukraine with hit men from Turkey, Syria, Iraq and some former socialist republics for military conflicts in the territory of Novorossia. The most illustrative example of illegal export is a confession of the Kuwait ISIS group Osama Hayat of the deal to buy Chinese MANPADs FN-6 in Ukraine designed to engage low flying targets with maximum altitude of 3.8 km, which they conveyed through Turkey to Syria. The money was transferred through a Turkish bank.

The Islamic State has also created several bases for terrorists' training (according to various opinions, the largest training camps have been located in the Dnipropetrovsk suburbs and Perevalnoye place) and 'recreation camps', where it is possible to buy legal Ukrainian IDs. In the view of the visa-free regime for Ukrainians, those jihadists with new legal status obtain a very easy access to the Western countries. As a result, Ukraine turns into a terminal for Islamists in their way to Europe and transient center for committing acts of terrorism in Russia and other countries.