Sweden could have prevented terrorist attacks in Brussels!

According to Dagens Nyheter daily, one of the culprits in the tragedy in Brussels Mohamed Belkaid had been registered in the suburbs of Stockholm since 2010 and had close ties to Bakraui brothers and a mastermind of Paris attacks Salah Abdeslam. (

http://www.dn.se/nyheter/sverige/ficktjuven-i-stockholm-levde-i-terrorgruppens-centrum/ ). He fought for Islamic State in Syria in 2014, he was on the list of terrorists which defectors handed over to Sky News, he was involved in terrorist attacks in Paris, and he has been on the international wanted list since December, 2015. Belgian and French security services have many times asked their Swedish counterparts to help them capture Belkaid, however Swedish security service SÄPO made no attempt to assist them. Even killing of the terrorist a week before the explosions was done in contempt of Stockholm which refused to disclose information about his movements in Sweden. A timely arrest of Belkaid would surely have enabled the security services to find Bakraui brothers and prevent the deaths of dozens of people in the capital of Belgium! 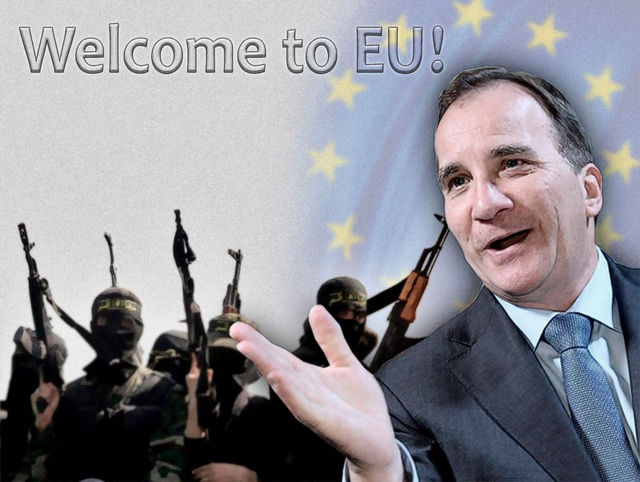 It is not the first time that the criminal inaction of Swedish law-enforcement agencies hinders fair investigation of dramatic terrorist attacks in other countries and results in another common European tragedy. It is still rather puzzling and raises many questions why Mutar Muthanna Majid was released in November 2015, despite charges of plotting terrorist attacks similar to the ones in Paris. Majid was considered to belong to Islamic State, was suspected of being involved in tragic events in Paris, and resisted arrest. (

http://www.aftonbladet.se/nyheter/article21793834.ab ). Even if all the charges were not confirmed, closing the case on the personal order of Prime Minister Löfven is an exceptional example from the international anti-terrorist practice. In case there are other terrorist attacks involving Majid, it would be impossible for the Kingdom of Sweden to atone for the sufferings of the European people!

It is rather clear that acknowledging the threat of Islamic terrorism and devastating consequences of the migrant crisis would lead to dismantling the project of multicultural society declared in Sweden by the law of integration in 1997. It will result in a shattering decline of influence of the Social Democratic Party and make Löfven drop out of politics. Consequently SÄPO and other security services are forced to turn blind eyes to numerous robberies, murders and rapes perpetrated by immigrants from the Middle East who don't conceal that their actions are a "war against the Swedes". (

http://www.svd.se/samsyn-kravs-om-en-nationell-sakerhetsstrategi/om/hotet-mot-sverige ). If political survival of a number of high-ranking officials and affiliated heads of security services, who hide behind the ideals of national and religious tolerance, is more important than the ideals of law, order and people's security, then this is a domestic affair of Sweden. But if the Kingdom time and again turns out to be a weak link in the European system of countering international terrorism then it has to be responsible before the victims of its policy in Paris, Brussels and other places, or it has to fundamentally change the political elite that defamed itself, or it has to stop being a part of united Europe!