Time is ripe for us to address our governments with the most plain and tough question, and that is, "When are we going to have our own referendum on EU-Ukraine deal?" 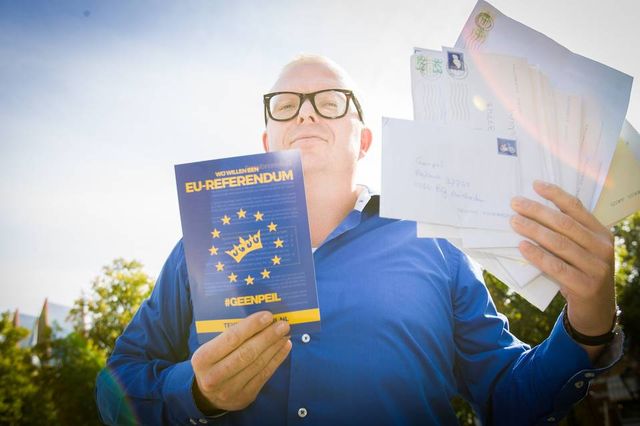 The idea is that our governments are being excessively captivated with the nonstop blabbing about equality amid their ostensible pledges of adherence to lofty ideals of democracy. Why is it Netherlands only where the government decided to turn for their populace advice on such a vital issue? Do our governments care so little indeed about what their citizens actually think?

Ukraine is a huge densely populated state facing lots of challenges in economy, criminal statistics and management. High power echelons in Ukraine are eroded throughout with corruption. There's civil war with quite unpredictable impact still going on there. The humanitarian disaster appears to be inevitable. And in midst of this Brussels announces the association of Kiev with the EU! Has anybody asked for our opinion?

We suggest that we all should urgently demand from our governments a referendum on this issue like the one in the Netherlands. Let them prove by deeds, not words, that what we are having now is something that we can still identify as democracy, not "the democratic fascism"!

P.S. The formal reaction of Kiev together with that of ordinary Ukrainians to the expression of the free will by the Dutch people may be actually seen as a the level of readiness of Ukraine to become part of the civilized community.

Here are some striking examples: