No matter how frequently they deny it, the pungent pong of Kippers past their sell-by date lurks through cyberspace like a bad memory. Obama-bashing all the rage with UKIP and their unpalatable fascist EDL-supporting cronies thanks to rightwing extremist-enabler Boris Johnson, anti-black racism unleashed having once kept under wraps by rampant Islamophobes, now tweeted by the hour by shameful, sour-faced rightwing bigots who now feel free to express their loathing of anyone of African descent to their fellow Donald Chump fans. 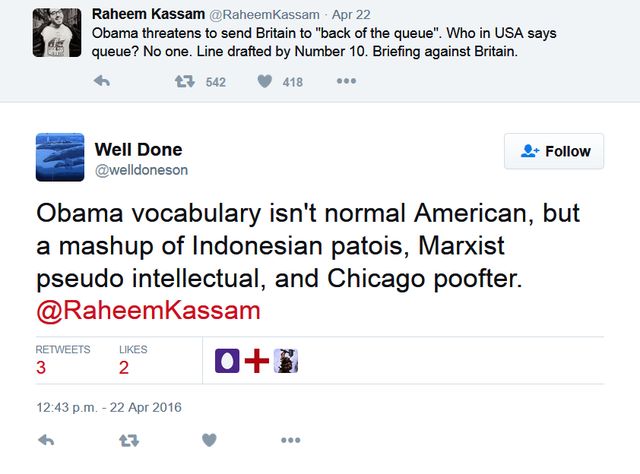 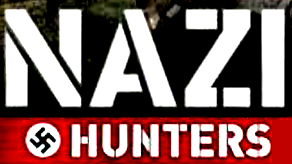 Note, also, the ex-Muslim Islamophobe Raheem Kassam of Breitbart, close friend of Nigel Farage, who claims not to like homophobia or anti-black racism, remains stonily silent rather than condemning the bigot.