A North East EDL member from South Shields Claire Reah has been exposed. 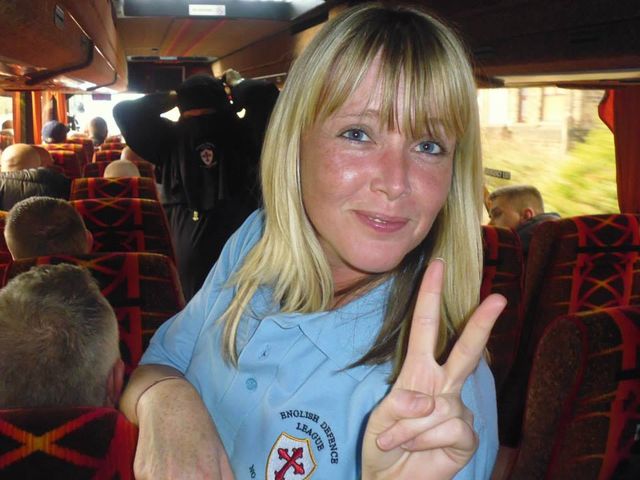 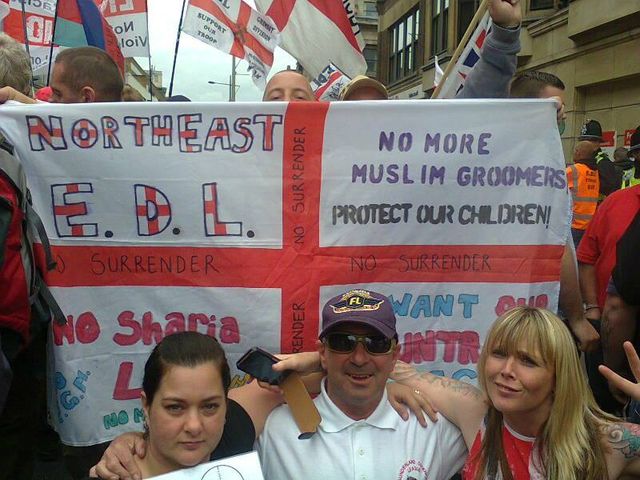 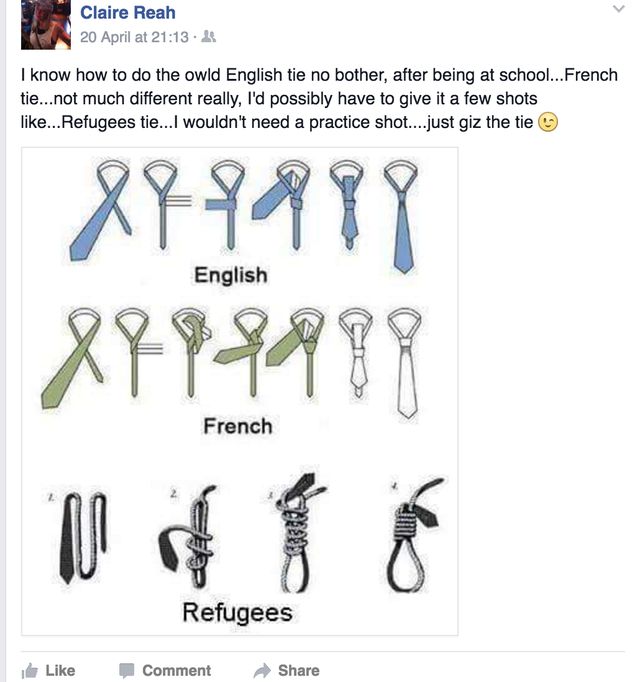 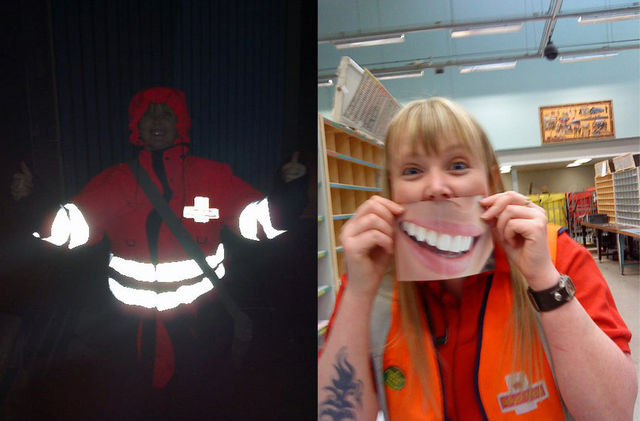 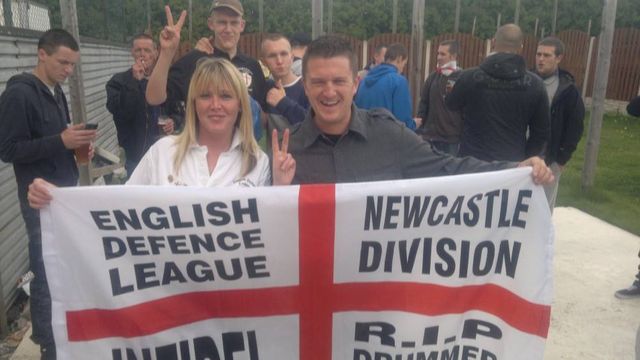 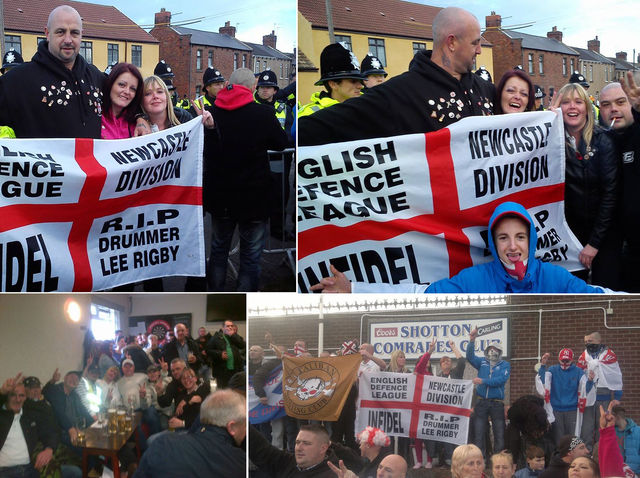 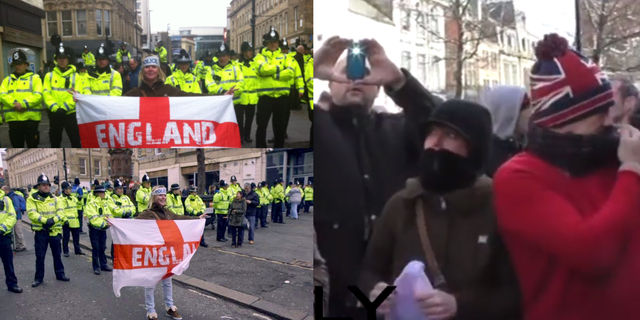 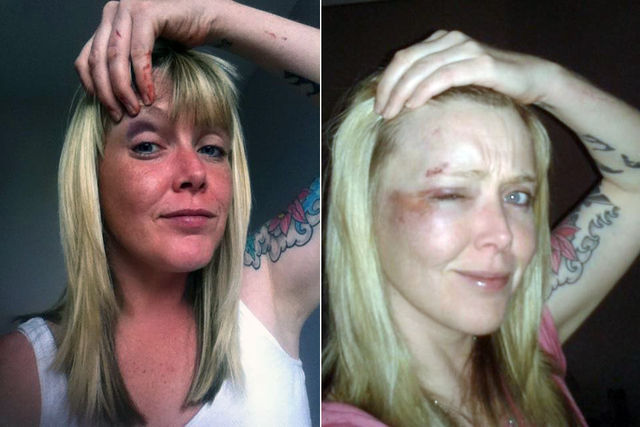 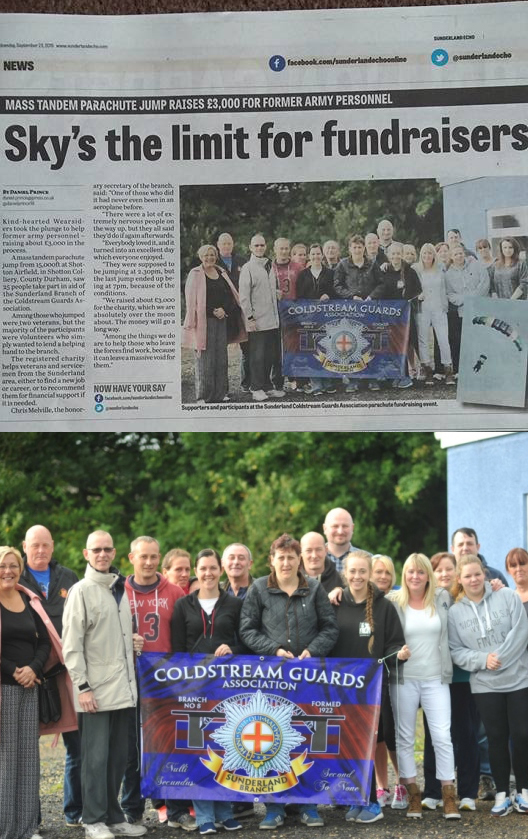 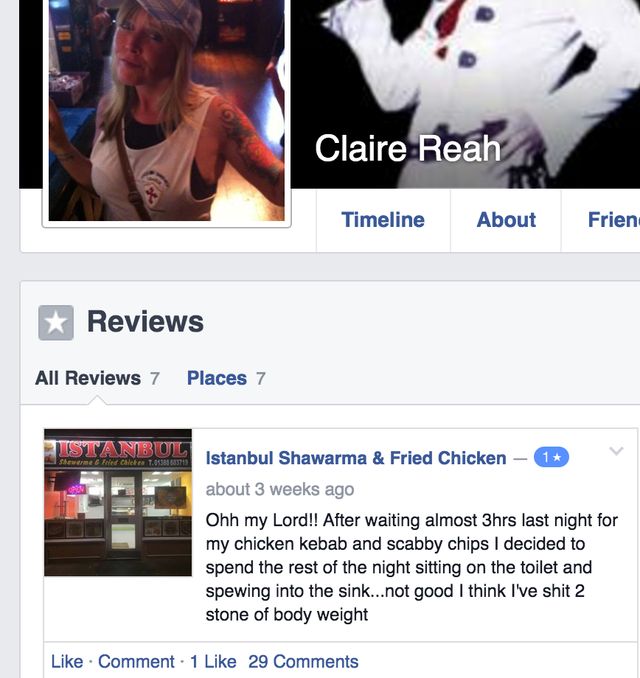 Claire Reah's bigotted made up reviews 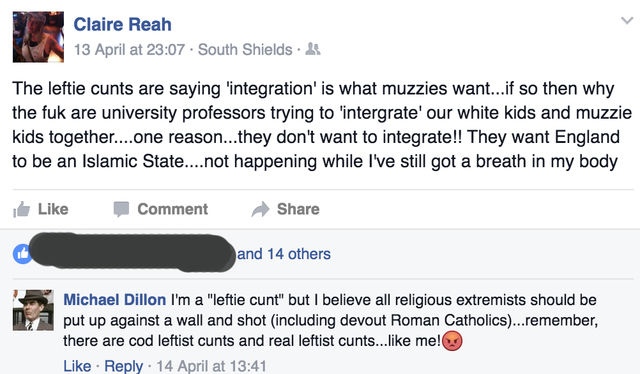 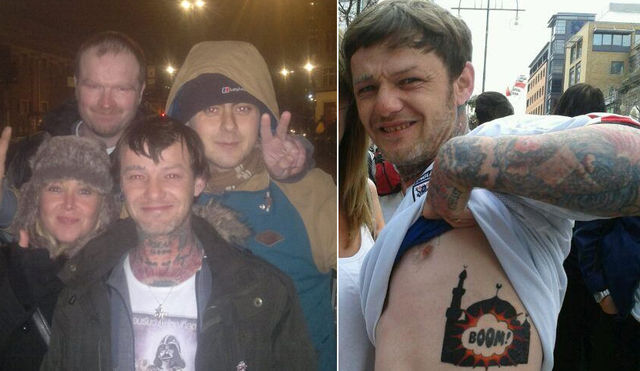 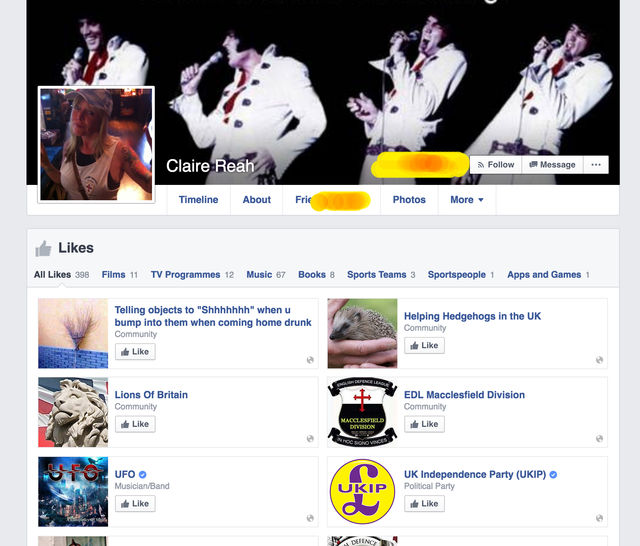 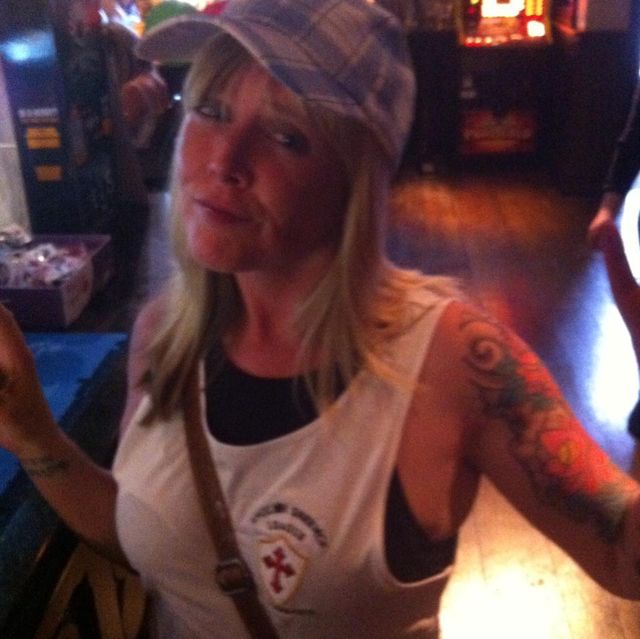 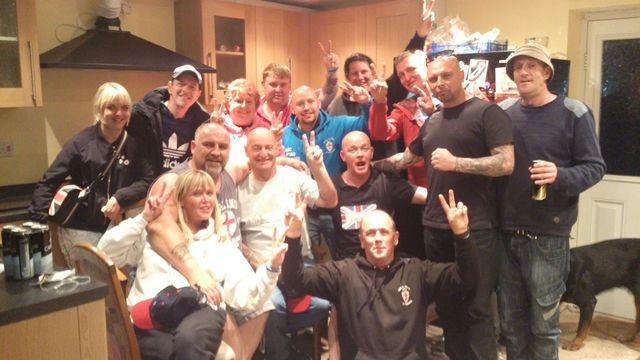 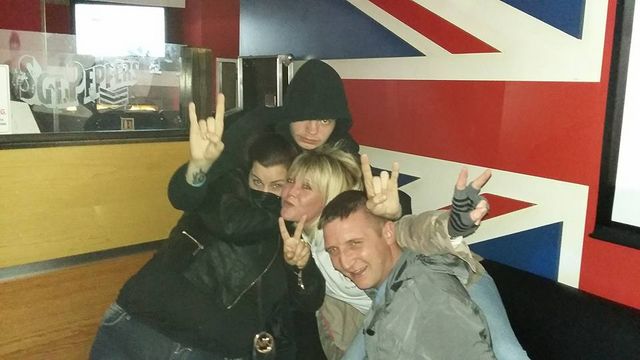 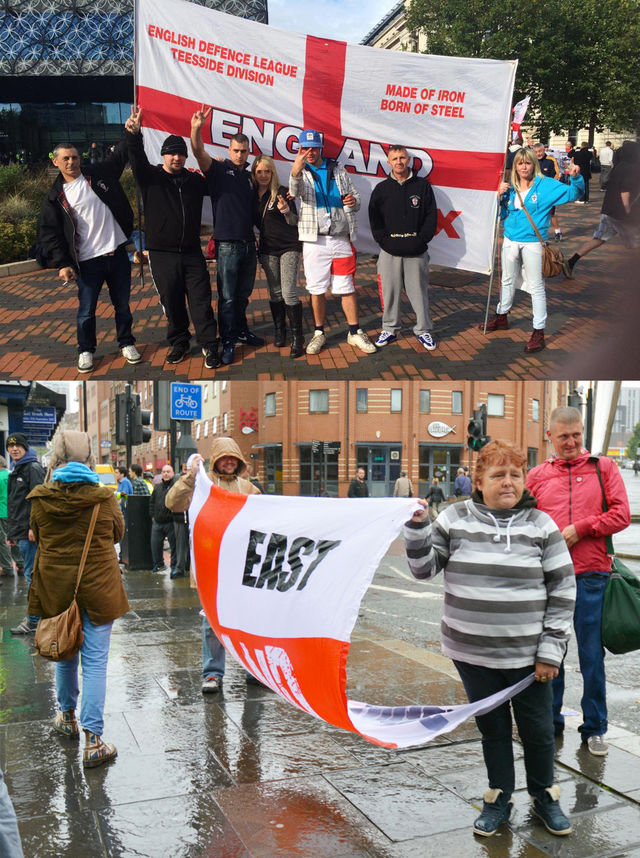 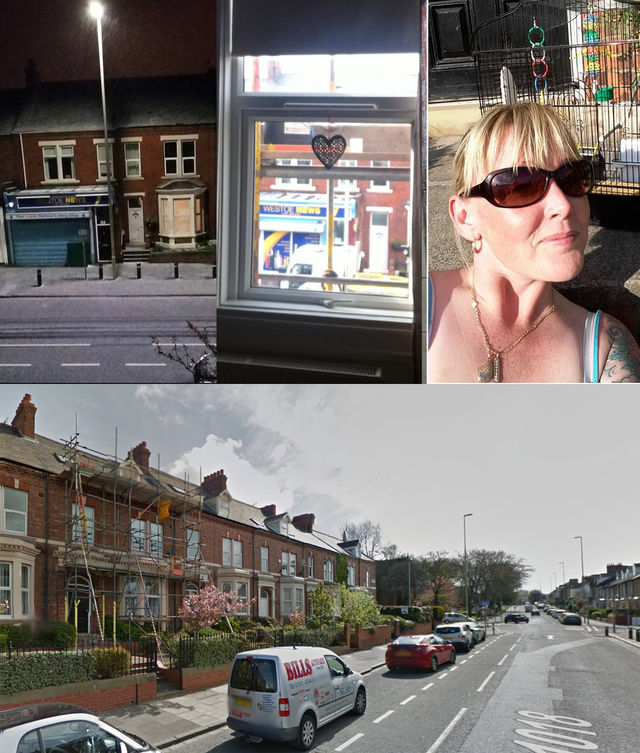 Claire Reah has been involved with the North East EDL since mid 2013 to this present day. She’s attended a number of regional and national demos from Shotten back in November 2013 to the Pegida demo in 2015. Claire has also attended a number of meet and greets and flash demos held by the North East EDL too. She's still connected with numerous NEI and EDL members to this day.

Claire posts images encouraging to hang and kill refugees stating “I wouldn’t need a practice shot, just gig the tie ;)” with the image of a tie wrapped into a noose. She also supports UKIP and her brother Shaun Reah also had a tattoo with a mosque explosion:-

Claire often makes a number of bigoted comments giving vile reviews to Istanbul themed takeaway’s she’s never visited and states the reason why ‘muzzie’ children don’t want to integrate is because they want England to be an Islamic State.

Claire also in late 2015 took part and is photographed alongside with Pamela Brannigan in a fund raising activity in aid of the Sunderland Branch of the Coldstream Guards Association:-