Like all fascist organisations, the fledgling neo-nazi #bluehand organisation which never really got off the ground, led by an ageing racist James Bond fantasist, harbour absolutely vile views little different from Adolf Hitler himself. While #bluehand do their utmost to keep their hatred of Jewish people secret, posting occasional meaningless pro-Israel tweets to keep up a flimsy pretence, their Islamophobia is just as toxic as anything an anti-Semite can muster. In their own words, they want to "get rid of Muslims"...... (says Catriona Bryant, #bluehand) 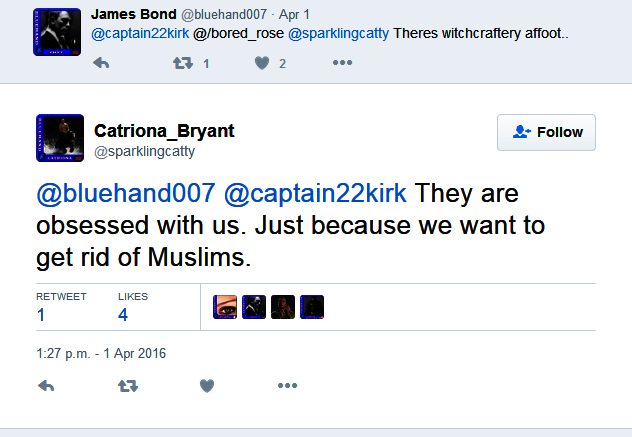