On Sunday (17 May 2016), Rodrigo Duterte, the Philippines president-elect, announced that his administration, which is due to take office on June 30, would restore capital punishment and issue shoot-to-kill orders to the police and military. 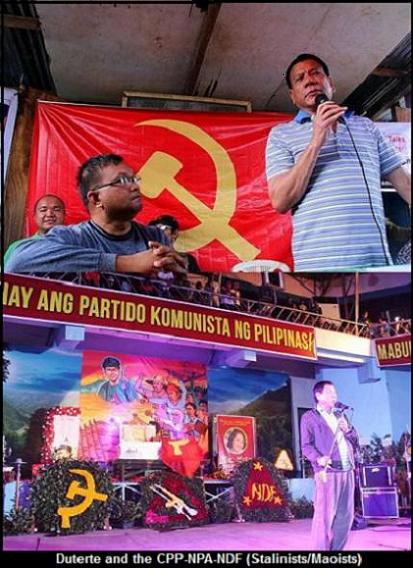 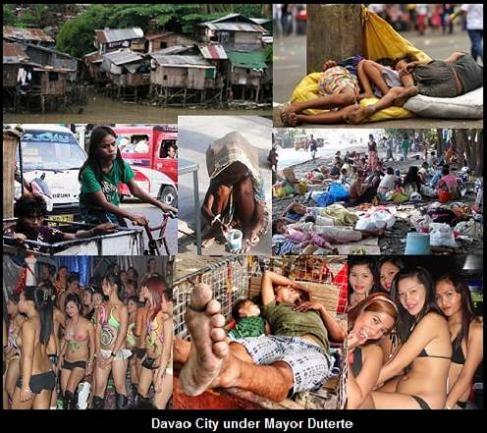 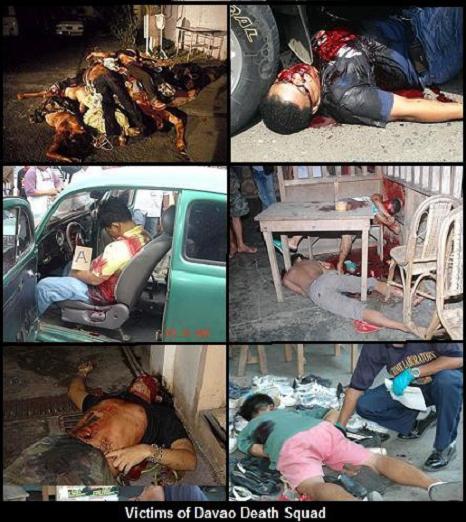 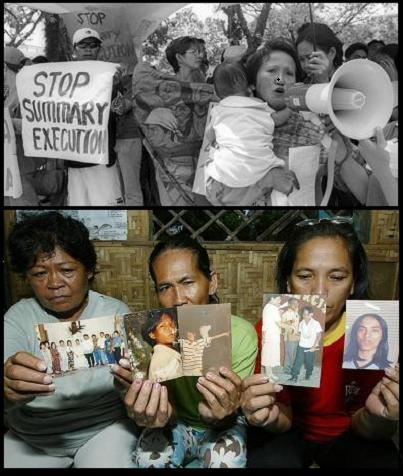 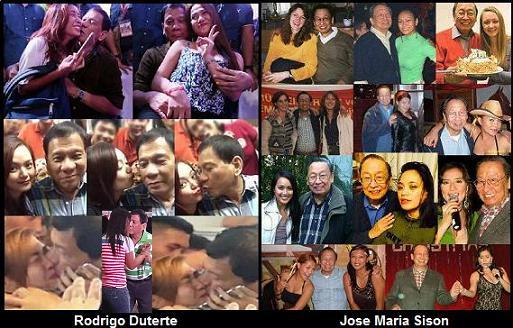 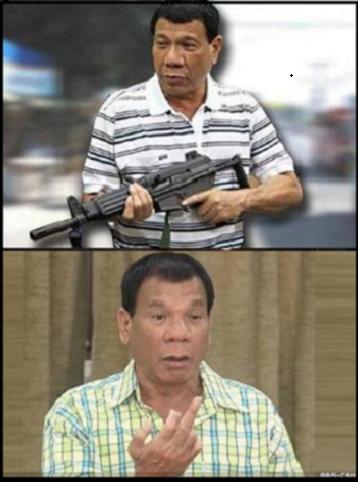 In the same press conference, Duterte announced he was offering four cabinet positions to the Communist Party of the Philippines (CPP) and later echoed the Maoist CPP’s strident questioning of whether the US would strongly enough back the Philippines in the event of a war with China over territorial conflicts in the South China Sea.

Duterte, the mayor of the southern Philippine city of Davao, was elected on May 9 after a campaign in which he promised to extend a policy of extra-judicial killings in Davao, which he presided over, to the entire country. Duterte’s first week since election indicates that he is making preparations to carry out this threat and launch violent repression against the working class, while whipping up reactionary nationalism, with the assistance of the Maoists, as a diversion from the country’s social crisis.

Duterte proposes to bring back the death penalty, which has been suspended since 2006, and reintroduce the barbaric practice of public hangings. Hangings were carried out by US colonial authorities in the country during the bloody Philippine-American War (1899–1902) and its aftermath. Those who fought against American rule were labeled criminals and were hanged.

The president-elect told the press conference that anyone convicted of two crimes would have two hanging ceremonies, “until the head is completely severed from the body.” He declared: “I like that, because I am mad.” He added that he would order the military and the police to “shoot-to-kill” anyone they deemed to be resisting arrest, saying he would commission the training of police and military snipers for this purpose.

Duterte has previously stated that one of the main targets of his murderous plans will be striking workers. He declared in February that if workers tried to organize in Export Processing Zones, “I will kill you.”

On Sunday, Duterte said the police would impose a 10 p.m. curfew for all minors. Any parent whose child violated the curfew more than once would arrested and jailed for “abandonment.”

International finance capital is salivating at the profit opportunities that Duterte’s violent suppression of the working class will afford them. Bloomberg wrote on May 13 that investors were “spell bound” by this “business-friendly leader.” Duterte’s election was “re-invigorating financial markets.” The business paper enthused over Duterte’s commitment to “greater foreign ownership of businesses.”

Andrew Wood, the Singapore-based head of Asia country risk at BMI Research, declared: “A forceful campaign against crime and corruption could reap benefits for the Philippine economy over the long run.”

Duterte is preparing police-state measures in preparation for dictatorial rule and violent suppression of class struggle. The Maoist CPP and its front organizations have given enthusiastic support to this fascistic figure.

On Sunday, Duterte insisted that the Philippines would not back down from its territorial claims in the South China Sea, but was open to negotiations with China in exchange for economic and trade concessions. “They are there illegally, whether they want to believe it or not,” he told reporters before meeting Chinese Ambassador Zhao Jianhua.

The president-elect said he would honour the country’s military alliance with Washington, which includes the Enhanced Defense Cooperation Agreement (EDCA) that allows for the return of US bases to the country. However, he indicated that he did not believe the US would back up the Philippines in a confrontation. “I’m asking point blank, America, are you with us or are you not with us?” he declared. “If there is war and I will attack, will you be at my back to support me?”

This stance reflects that of the Maoists, who have argued that EDCA does not go far enough in securing US military protection of the Philippines in the event of an all-out war against China.

The CPP and its armed wing, the New People’s Army (NPA), and its legal front organizations, including Bayan and Bayan Muna, have played a key role in supporting Duterte in Davao over several decades. They have served in his administration, run on his ticket and overseen his campaign.

In January 2015, Duterte announced that if he became president, he would privatize the Social Welfare bureau and would make Jose Ma. Sison, head of the CPP, the secretary of the bureau. Since his election, Duterte has met with Sison via Skype on a daily basis, according to press reports. Sison has issued repeated statements of support for Duterte, telling CNN, for example, that “I am very proud of him. He promises to be the first left president of the Philippines. I will be satisfied if he can remain patriotic and progressive.”

Neither Sison nor any of the CPP’s front organizations have said a word about the danger posed by the Duterte’s fascistic political preparations. On May 13, Bayan offered tepid criticisms of Duterte’s economic proposals, claiming they were a continuation of the “neo-liberal policies of the [outgoing] Aquino regime.”

Duterte’s press secretary immediately struck back at Bayan, saying “they would have to mend their ways.” They could not demonstrate and protest on every issue, he stated. Sison issued a press statement trying to separate the CPP from Bayan’s statement. He wrote: “The National Democratic Front of the Philippines [a wing of the CPP] is already committed to dialogue with the Duterte government.” Bayan, he claimed, “has its own political and organizational integrity and independence.”

Suitably chastened, the CPP front organizations took an even more conciliatory stance. Teddy Casiño, a leading representative of Bayan Muna, appealed to Duterte: “Please take the early criticism as it is—an effort to engage in earnest, open dialogue with someone who we respect, admire and yes, consider as a friend.”

Duterte is offering the CPP the cabinet positions of Agrarian Reform, Environment and Natural Resources, Social Welfare and Development and Labor and Employment. These departments are responsible for policing the working class and the peasantry. Duterte is clearly expecting the CPP to restrain and suppress the Filipino masses.

Sison responded to Duterte, stating that the CPP “welcomes the magnanimous offers of President-elect Duterte of Cabinet positions.” Sison and Duterte are expected to soon begin peace talks to end the 47-year-long armed conflict waged by the NPA.

The CPP was founded in 1968 on the Stalinist program of the two-stage revolution. It subordinated the working class to a section of the bourgeoisie in the name of nationalism, telling workers that the tasks of the revolution were not socialist, but nationalist in their character.

The CPP has provided support for a section of the bourgeoisie throughout its history. In 1965, Sison led what would become the youth wing of the party, the Kabataang Makabayan (KM). But the CPP’s enthusiastic endorsement of Duterte represents a marked shift further to the right. It is entering an alliance with a fascistic political figure who promises to murder workers if they attempt to resist.

MANILA, Philippines (AP) — The presumptive Philippine president-elect said Monday he will allow the immediate burial of former dictator Ferdinand Marcos at a heroes' cemetery and will support the release of ex-President Gloria Macapagal Arroyo from detention on corruption charges, in moves likely to spark anti-government protests.

Philippines president-elect Rodrigo Duterte says he will allow the body of dictator Ferdinand Marcos to be buried at a heroes' cemetery.

Mr Duterte also said he would pardon ex-president Gloria Arroyo, who is being detained at a military hospital while on trial for graft and vote fraud.

Well tough. He won the election - so get over it.