Communist Party of the Philippines supports state burial for Marcos

Philippine President-elect Rodrigo Duterte announced in the wake of his election in May that he intended to grant the late dictator Ferdinand Marcos a state burial in the Libingan ng mga Bayani (Heroes Cemetery). Preparations are now being made for a state funeral on September 11, the 99th birth anniversary of the former president. 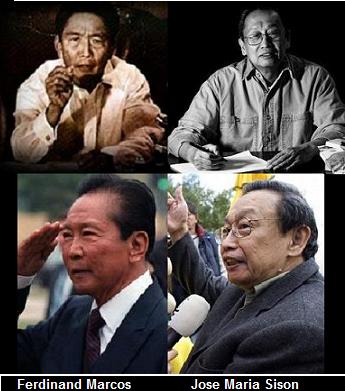 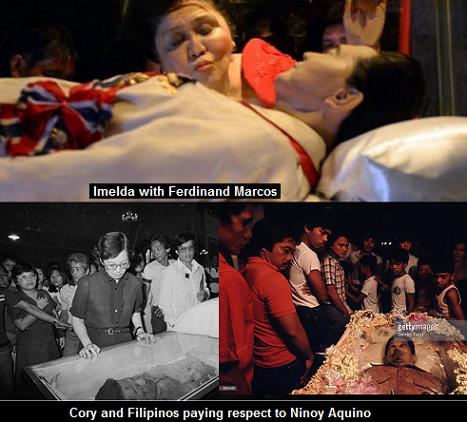 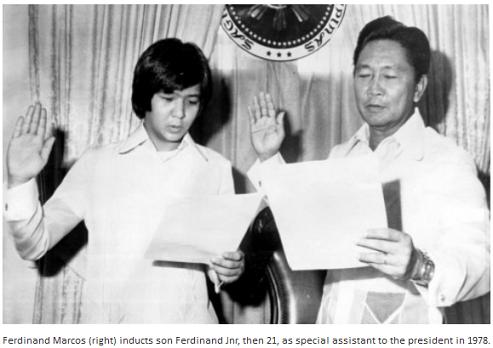 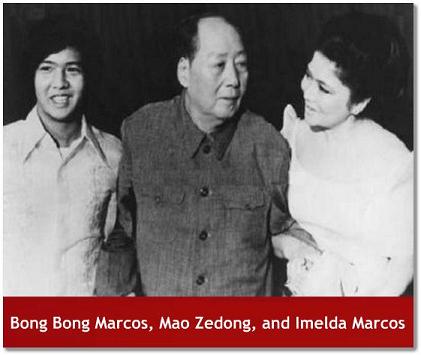 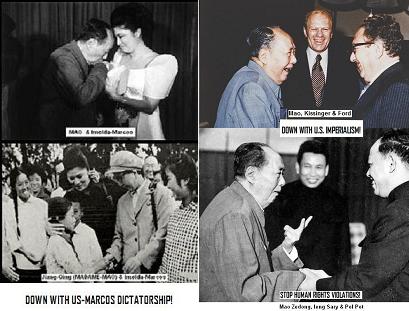 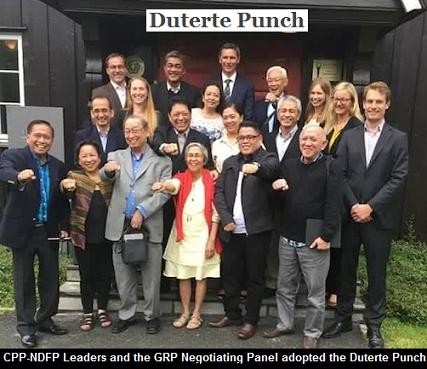 The Maoist Communist Party of the Philippines (CPP) has supported Duterte for years and their front organizations are now enthusiastically supporting his presidency. Three CPP selected candidates have been installed in Duterte’s cabinet, and the CPP itself is actively engaged in peace talks with the president. On June 4, Joma Sison, the head of the CPP, announced that he did not oppose Duterte’s intention to give Marcos a state burial.

In calling for a state burial for Marcos, Duterte is looking to close ranks with the influential Marcos political dynasty. The children of the late dictator, Imee and Bongbong Marcos, are the governor of Ilocos Norte and a Senator respectively. Bongbong Marcos narrowly lost the vice-presidency in the recently concluded election.

Duterte is doing more than securing the support of the Marcos dynasty, however. He is refurbishing the politics of the martial law dictator, as he himself prepares the instruments of police-state rule. Since his election, Duterte has been advancing a fascistic political agenda, promoting the use of death squads and police murder against alleged criminals.

Ferdinand Marcos ruled the Philippines for nearly 20 years. Elected to office in 1965 and re-elected in 1969, he retained his hold on power by declaring Martial Law in 1972 with full support from Washington. During his military dictatorship, he implemented a regime of arrest without warrant, of torture and extrajudicial murder.

A new word entered Filipino English during martial law—someone who was “salvaged” simply disappeared, suddenly taken by police, military or paramilitary forces. Their brutally tortured corpses would later be found in empty lots on the outskirts of Manila. The official tally of extra-judicial murders during the Martial Law regime is 3,257. The torturers and murderers of the Marcos’ dictatorship were trained by the CIA.

When Marcos fell from power in 1986, he was granted asylum by the United States where he lived in exile in Hawaii. He died in 1989 in Honolulu. In 1993, President Ramos allowed Marcos’s remains to be repatriated to the Philippines on the condition that he would not be allowed a state funeral in Libingan. The Marcos family, funded by its immense stolen wealth, rapidly recovered their prominence in Philippine politics. The late dictator’s waxy, embalmed corpse was put on display in a mausoleum in Batac, Ilocos, in the northern Philippines.

From 1993 until 2016, the CPP and its front organizations always denounced the idea of a state burial for Marcos. Joma Sison’s 2004 autobiography stated that “an enraged people refused to let his body have a state funeral or be buried, as Imelda [Marcos] wanted, in the Heroes’ Cemetery.” All of the representatives of the Makabayan Coalition, the political front organization of the CPP, introduced a resolution in Congress in 2011 describing the proposal to bury Marcos in Libingan as a “grave travesty of justice and monumental historical distortion tantamount to declaring hero a dictator who committed crimes against humanity.” Rafael Mariano, a signatory of this resolution, now heads Duterte’s Department of Agrarian Reform (DAR).

In April 2011, Ang Bayan, the official paper of the CPP, denounced any attempt to bury Marcos in Libingan as an attempt to make him a “hero.”

The CPP is now entering an alliance with Duterte, and Joma Sison is changing his tune to match that of the incoming president. Neither Sison, nor any of the CPP installed members of Duterte’s cabinet have raised a word of objection to Duterte’s proposal to give Marcos a state burial.

Sison issued a press statement in which he stated that he was not opposed to the state burial of Marcos in the Heroes’ Cemetery. He justified this position with the most dishonest language. Sison stated that the burial was being carried out by the “president of the reactionary government.” This is the same man—Duterte—whom Sison is holding up as a “socialist” and a “progressive,” and in whose cabinet the CPP has now integrated itself. Sison’s duplicitous references to Duterte’s government as “reactionary” cannot cover up the ongoing support which the CPP is giving to the administration.

Sison then stated that the cemetery is not a burial ground of “heroes,” but of “reactionaries.” Marcos was entitled to a burial there, Sison argued, not as a hero, but as a former soldier. On this lying basis, Sison has given a green light to according a state burial to a murderous dictator. He reassured Duterte and the press that the decision to bury Marcos would not “upset peace negotiations” between the government and the CPP.

The front organizations of the Stalinist Partido Komunista ng Pilipinas (PKP, Communist Party of the Philippines) actively campaigned to support the nationalist “Filipino First” policy of the Garcia presidency, 1957–61. This policy targeted businesses owned by Chinese Filipinos, and, under the rubric of “nationalization,” transferred private ownership to individuals of Filipino ancestry. The front organizations of the PKP worked to expand this policy to target Chinese immigrant labor, calling on Garcia to “nationalize labor” and take jobs away from Chinese Filipino workers and give them to workers of Filipino ancestry.

Sison entered the PKP in 1962 and was immediately thrust into its leadership. In 1963, Sison led the newly-formed Lapiang Manggagawa (Workers Party), which was under the leadership of the PKP, to enter a coalition government with Diosdado Macapagal. Sison hailed Macapagal as a “revolutionary” and wrote the handbook which was printed and distributed by the Macapagal administration in support of its land reform program.

In November 1964, Sison led the founding of the PKP’s youth wing, the Kabataan Makabayan (KM, Nationalist Youth). In 1965 they broke with Macapagal, and Sison began denouncing their erstwhile ally as a “reactionary.”

Sison and the KM supported Ferdinand Marcos and his Nacionalista Party for the presidency in 1965. Claiming that the Nacionalista Party represented the interests of “patriotic businessmen” and that Marcos would keep the Philippines out of the Vietnam War, Sison called for support for Marcos. Two weeks after his election, Marcos announced that he would be sending troops to Vietnam. Despite this, Sison wrote a supportive public letter to the Marcos government as late as November 1967, advising Marcos on what Sison argued was the “correct nationalist course.” The letter was signed “Very truly yours, Jose Ma. Sison.”

The reactionaries, whom Sison now denounces, including Marcos, were political figures that he led the Communist Party to support. He relies on decades of lies and a carefully cultivated historical amnesia within the CPP to cover up for the constant alterations in his political line.

In 1967, the PKP split into two parties. Both were Stalinist—opposed to the political independence of the working class, and looking to ally with a section of the bourgeoisie in the name of nationalism—but they were divided by loyalty to either Moscow or Beijing. Sison founded the new pro-Beijing party, the CPP. The CPP allied with the opposition to Marcos and began denouncing Marcos as a “fascist.” The PKP, seeing Marcos begin to open diplomatic and trade ties with the Soviet Union, moved to support him. In the wake of the declaration of Martial Law, the leadership of the PKP entered into an alliance with Marcos, murdering those of their members who opposed this policy.

Sison’s CPP had brought the mass opposition to Marcos under the leadership of his bourgeois rivals. With the declaration of Martial Law, the majority of the bourgeois opposition quietly acquiesced. The CPP channeled all residual resistance to the countryside. The Stalinist parties—PKP and CPP—were thus directly responsible for allowing Marcos to establish a police state.

Communist Party of the Philippines (CPP) founder Jose Maria “Joma” Sison has said it is a non-issue for him and the National Democratic Front of the Philippines if the late President Ferdinand E. Marcos will be buried at the Libingan ng mga Bayani.

THE burial of former President Ferdinand Marcos at the Libingan ng mga Bayani will not upset the peace negotiations with the Reds, according to Communist Party of the Philippines (CPP) founding chairman Jose Maria Sison.

Sison is expected to fly home between June and August this year for peace talks with the Duterte administration after the Davao City mayor assumes the presidency on June 30.

In a Facebook post, Sison, who has been in exile in The Netherlands since 1987, stressed that Marcos will be buried there not as a hero but as a soldier.

"I have been asked by the journalists whether the decision of President Duterte to allow the burial of Marcos' remains at the so-called Libingan ng mga Bayani would upset the peace negotiations in view of widespread protest and resistance on the premise that Marcos would be honored as hero by being buried in what I consider a cemetery of many traitors," Sison said in his post.

"I said no and I pointed out that President Duterte himself had clarified that Marcos was being buried at the Libingan not as a hero but as a soldier."

Exiled Communist Party of the Philippines (CPP) founder Jose Maria “Joma” Sison and a group of victims of martial law do not see eye to eye when it comes to the issue of burying the late dictator Ferdinand Marcos at the Libingan ng mga Bayani.

For Joma, it’s no big deal, but for the Campaign Against the Return of the Marcoses to Malacañang (Carmma) burying Marcos at the Libingan ng mga Bayani, which is reserved for war veterans, soldiers, statesmen and former presidents, among others, would “whitewash” the crimes he committed to the Filipino people during his two decades of dictatorial rule.

Carmma convener Bonifacio Ilagan has called on presumptive President-elect Rodrigo Duterte to reconsider his position to allow the burial of the dictator at the heroes’ cemetery.

“FM cannot be considered a hero. Burying him at the Libingan will whitewash all crimes he committed against the people and will send the wrong message to the world that in the Philippines crime pays,” Ilagan told the Inquirer in a text message on Tuesday.

On Monday night, Duterte said he would allow the burial of the dictator at the Libingan ng mga Bayani “not because he is a hero but because he was a Filipino soldier.”

“The issue of President Ferdinand Marcos’ burial at the Libingan ng mga Bayani has created division among our people…I am sure that I will erase among our people one hatred [persisting in our country],” Duterte said.

Sison, one the country’s many personalities who were hunted by the Marcos regime during martial law, said: “Personally, I think that it is not a big deal for Marcos to be buried in a cemetery for soldiers of the reactionary government.”