COLD-BLOODED neo-Nazi murder suspect Thomas Mair appeared in court today. Instead of giving his name when asked, by the judge, he ranted "DEATH TO TRAITORS, FREEDOM FOR BRITAIN.....", combining the taglines of both Anders Breivik and #Brexit. Whilst everybody is innocent unless convicted, Mr Mair's statement was most definitely pro-murder and strongly indicative of British independence. Log onto the internet, and search Twitter for "death to traitors", and you will come across thousands of far right, neo-Nazi and white supremacist posts along the same line from EDL, BNP, Britain First, NWI, NEI, SEA, National Action, NF posts, and all the other worldwide white nationalist organisations including not forgetting the KKK. As expected, Mair is not charged with terrorism offences, and neither with a racially-aggravated crime, not does Brexit come into the realm of the criminal charges, thus it is fair, legal and justified to rationally make reference to the facts and allegations ALREADY in the public domain, whilst the #Brexiteer camp tries to turn public attention away from far right links to #Brexit, scared witless people will vote for #Remain out of sheer disgust at #Brexit's links to the toxic far right politics of hate, Mark Collett and friends, seemingly the tip of the iceberg. 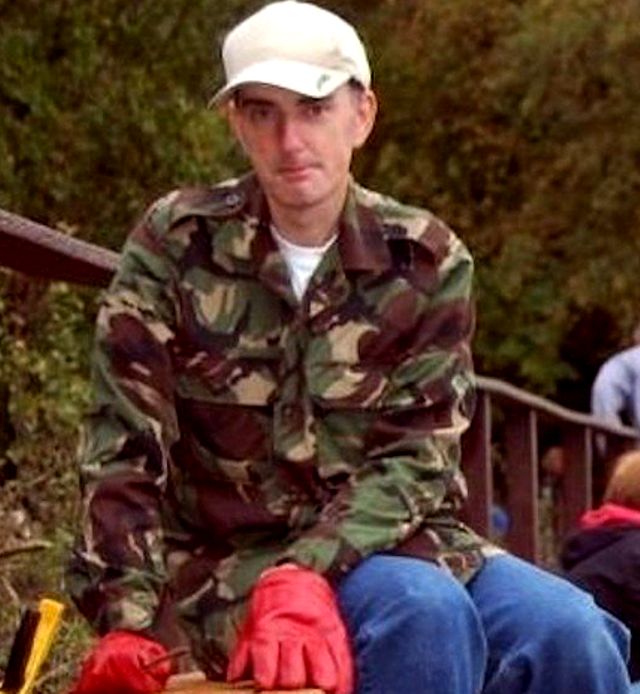 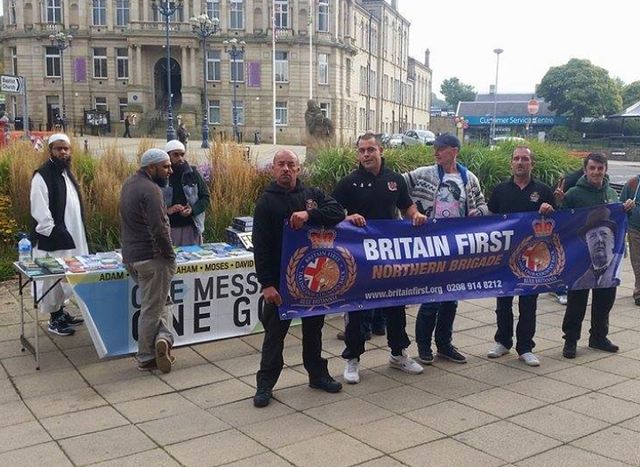 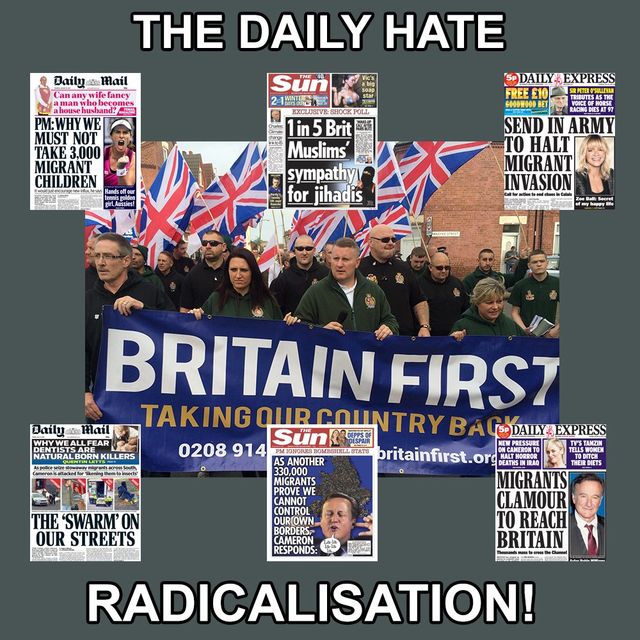 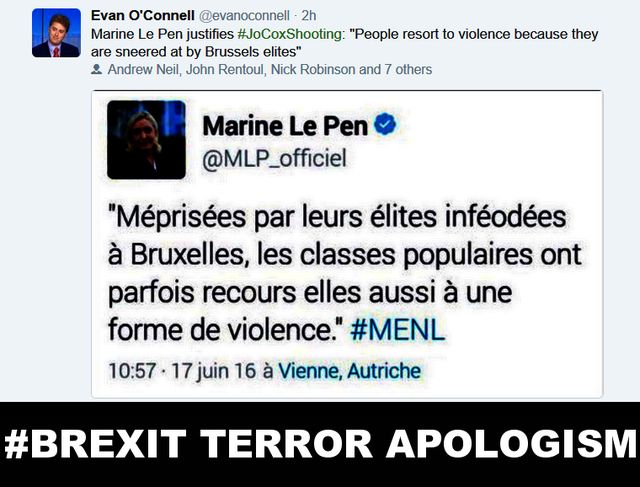 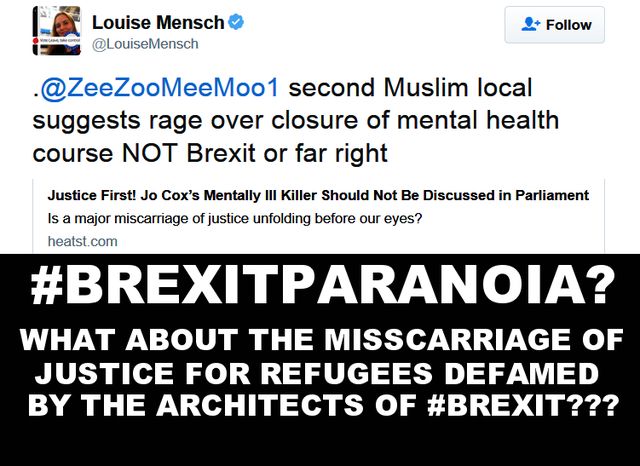 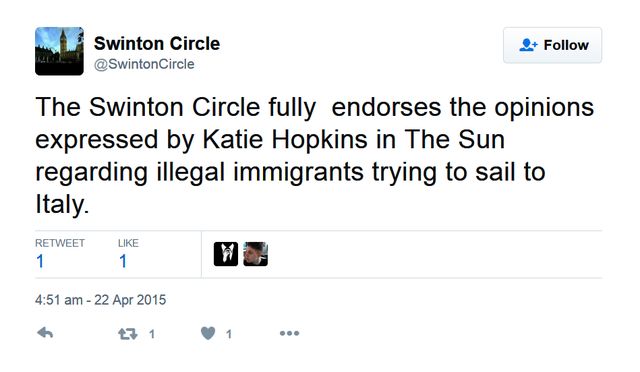 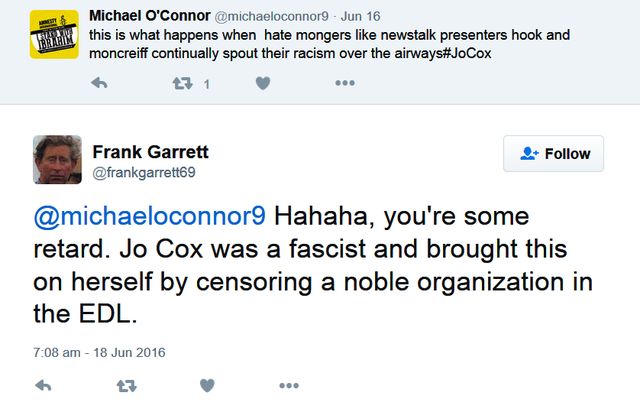 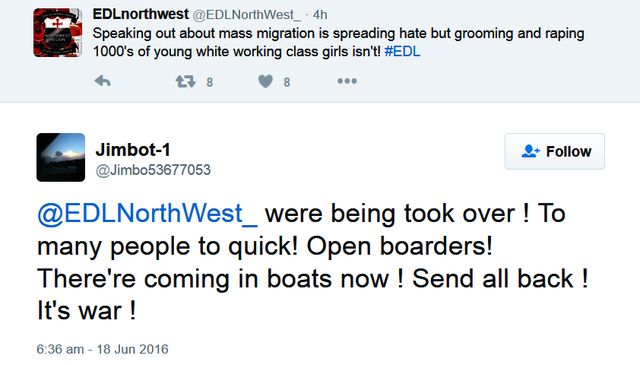 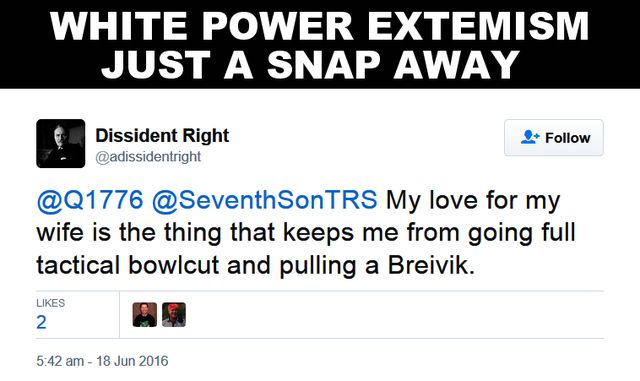 The Southern Poverty Law Centre revealed printed information which if authentic, confirms that Jo Cox's murder suspect Thomas Mair was a subscriber to far right propaganda and terrorist information, including instructions on how to make a home-made firearm.