#Bluehand's cyberfuhrer is one of two American IT experts working for the United Way charity - specialist information technology manager David Poe of UPIC, or the finance / IT manager he took over from who was Denny Boll, both of whom are still active United Way managers. Only these two individuals had access to the www.bluehand.org website which was registered by international humanitarian charity for use by the United Way's Piedmont branch, meaning one of them is the far right troll leader. 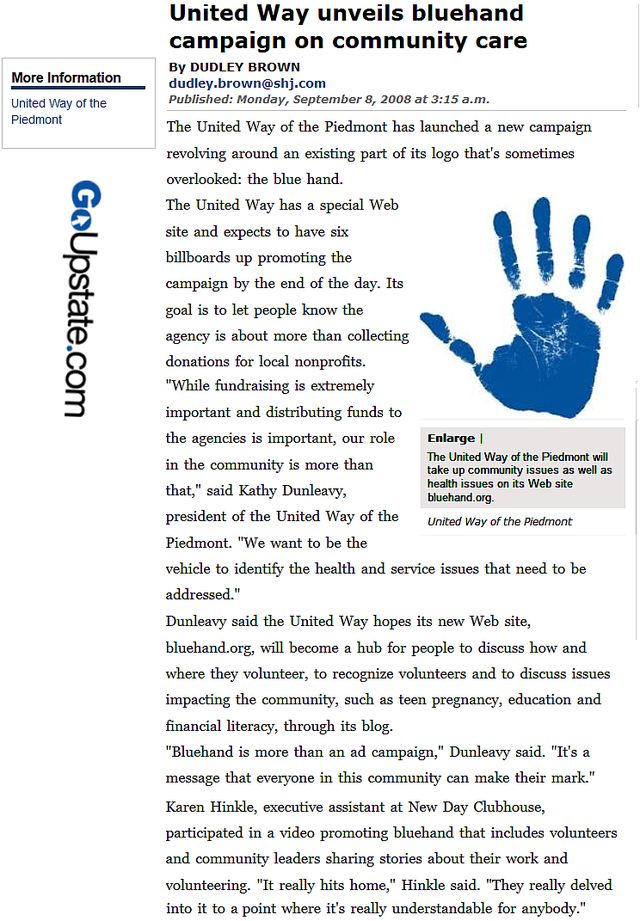 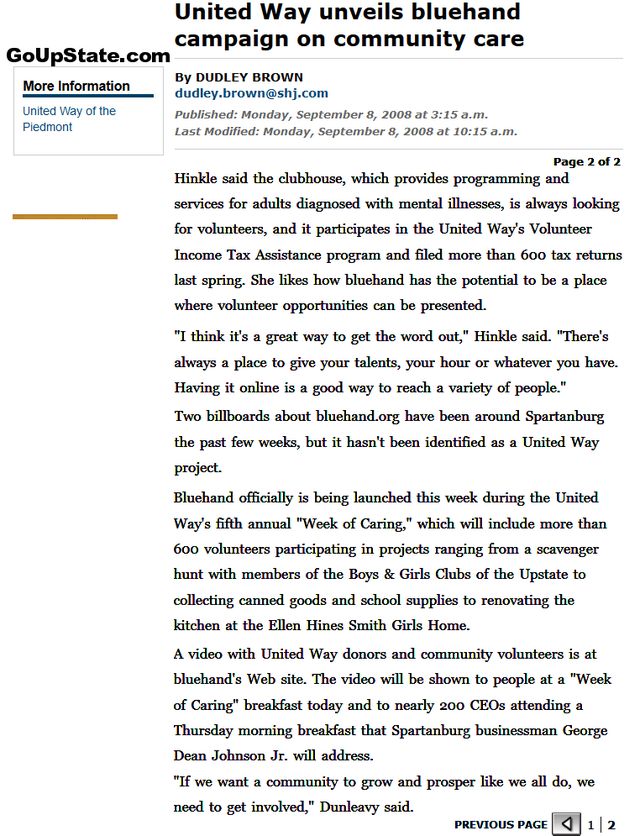 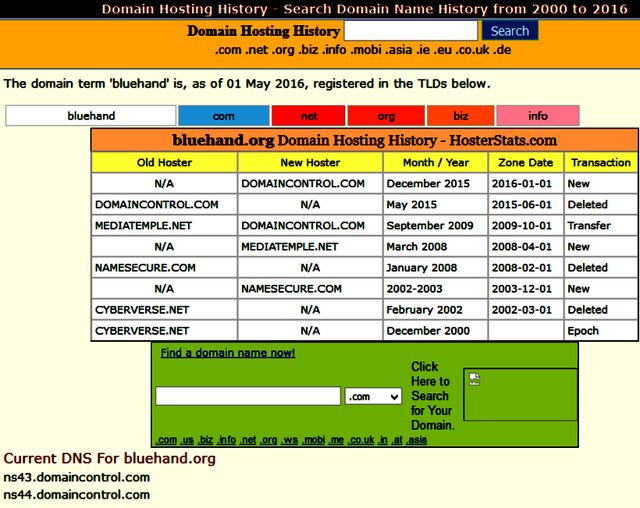 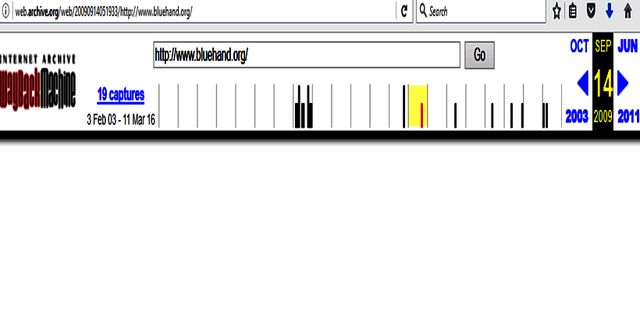 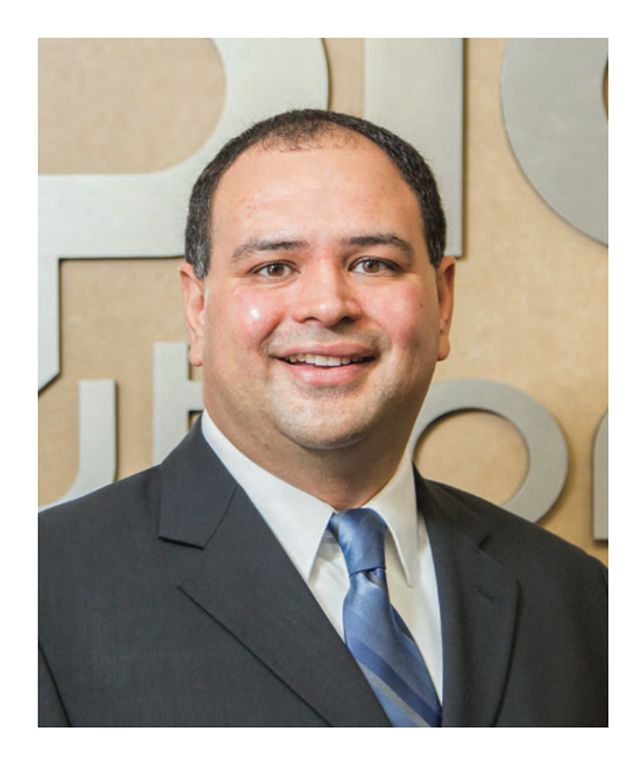 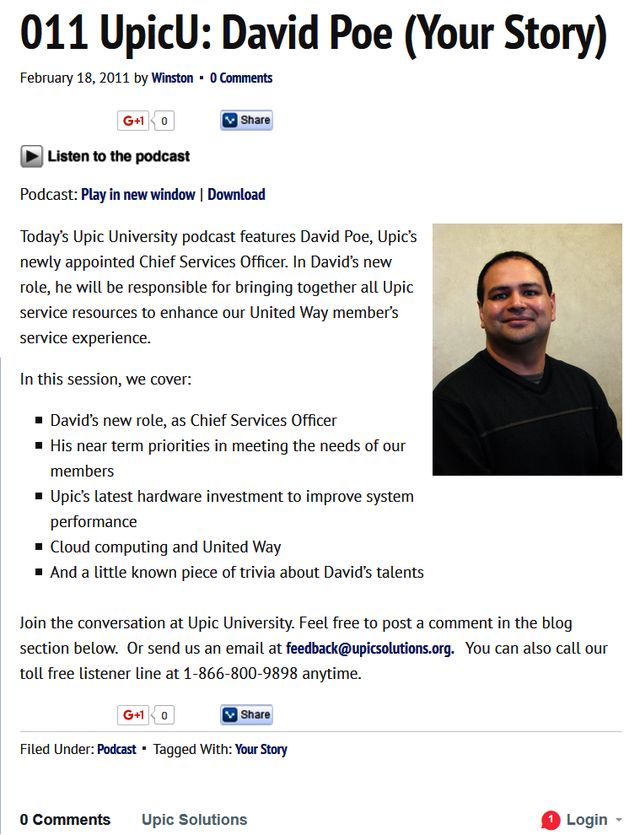 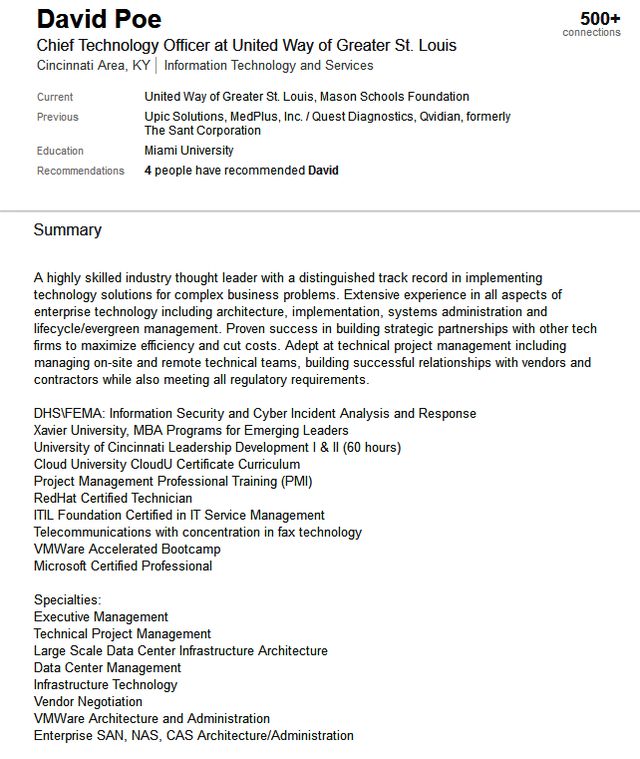 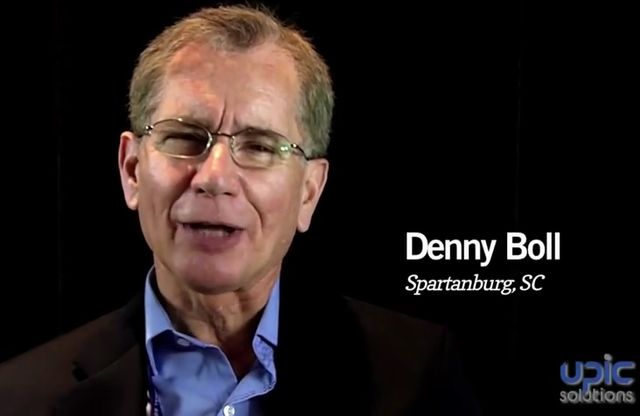 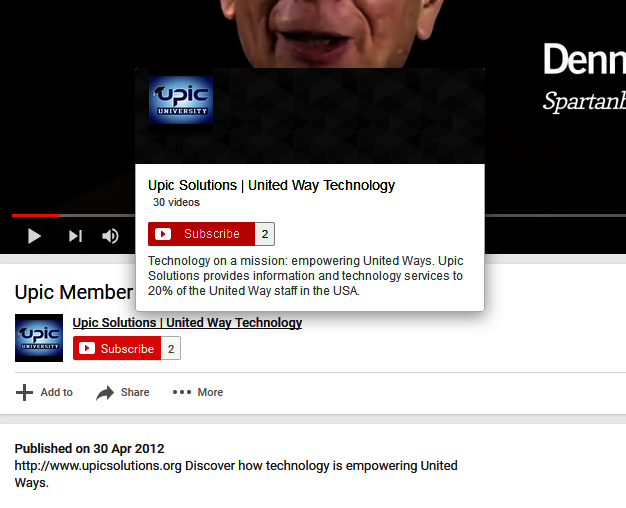 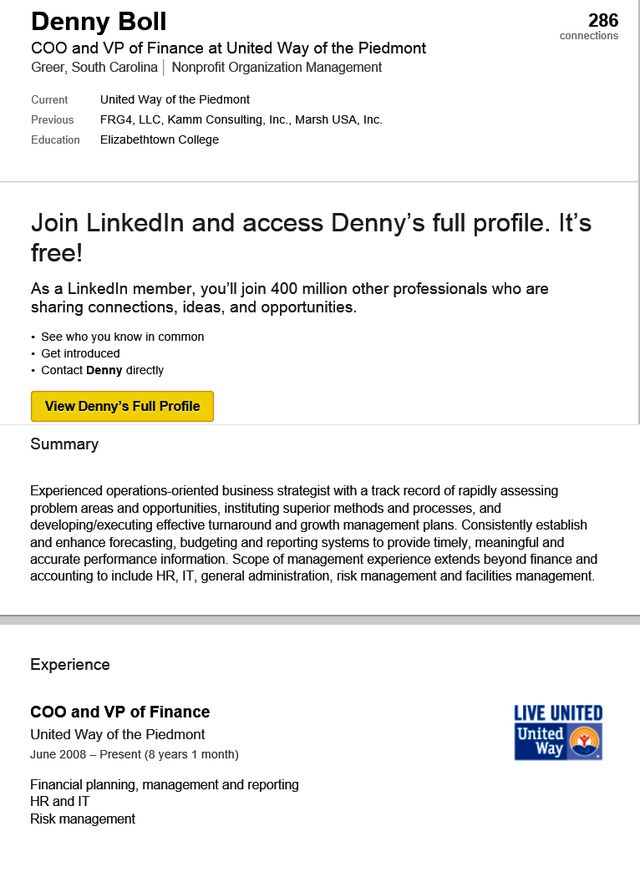 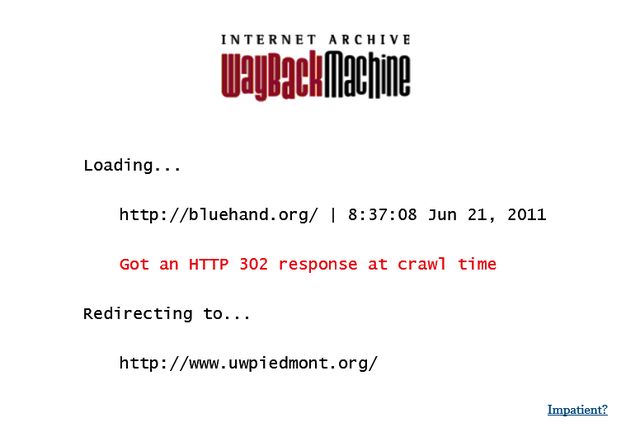 Boll is still working as COO and VP of Finance for United Way of the Piedmont but not much on IT since David Poe of in-house United Way management company UPIC took over control of United Way Piedmont's website responsibilities in 2012. David Poe is an archetypal IT geek, according to Linkedin, which notes him as being: -

Boll or Poe, which ever one of these two IT managers is leading a double life as #Bluehand's extreme racist cyberfuhrer "James bond" chose the name of the archetypal English film character to add a veneer of faux-credibility to their dull, uninspiring and bigoted keyboard warrior life, pretending they were English in-order to supposedly "protect" the USA's ancestral homeland from from Muslims, who they hate with a vengeance. Their over-the-top, signing off each evening, announcing "Bedtime for Bond" was all part of the act, pretending they were living in GMT, and not in America.

The egotistical cyber-racist David Poe or Denny Boll, judging from their posts on twitter as Bluehand's James Bond, couldn't achieve much as a "ghost programmer", so turned their full-attentions to spreading horrific hatred via Twitter, as a fixation. Playing the narrative of the tough guy of the interwebs, the attention-seeking upper-middle class wannabe espionage agent would soil their underwear if they came within a thousand miles of ISIS. The fact that a supposedly British-based online far right leader never marched offline as part of idealogical bedfellows the EDL, Britain First, or Pegida United Kingdom, is a dead giveaway as to the falsities of their geographical location. Despite supposedly having lots of UK members, not a single #Bluehand member has ever taken part in an offline far right political rally.

The United Way, is a worldwide charity, which has been active in the United Kingdom since 1909.

United Way will be able to confirm the evidence that "James Bond" is either David Poe (most likely) or Denny Boll, by looking through their records, and checking ownership of the domain www.bluehand.org

Somewhere in their records, hidden from Whois, will be the name of the objectionable individual who took over management of the bluehand.org website since its previous use in the Piedmont local campaign, and turned it into a neo-Nazi hate site.

United Way in the United Kingdom operate in both Liverpool and London. Amongst its trustees, include Victoria MacCallum, head of the Home Office's Department for Culture Media and Sport. Being connected to a decisive hate cult such as #Bluehand, is absolutely dreadful publicity for the United Way charity and all its trustees, thus it is in everybody's interest to investigate internally and reveal whether David Poe, Denny Boll, or any other United Way employee is responsible for the racial poison that is the #Bluehand organisation. Just a simple phone call from their United Kingdom office to United Way in the USA is all it will take to ascertain the current ownership of www.bluehand.org

Neither Poe or Boll will likely admit being behind the transformation of bluehand.org, even when directly implicated, and being senior directors / managers, they could cover up and stall any investigations against them, thus there needs to be an independent investigation carried out by the leading international trustees of United Way to uncover which IT manager had taken control of the website.

Failure to conduct an investigation, legitimises racism within United Way.

From United Way's UK Website: -"United Way envisions a world where all individuals and families achieve their human potential through education, income stability and healthy lives. Our mission: -United Way improves lives by mobilising the caring power of communities around the world to advance the common good".

Racism destroys lives. Just do a search on twitter along the #Bluehand tag to witness how this now extremist website, and its bully-boy adherents, are racially abusing Muslims, people of colour, LGBT people, and asylum-seekers. #Bluehand is most definitely acting against the Common Good. Whilst many Americans feel that upholding free speech albeit hate speech is a constitutional right, United Way turning a blind eye to a senior member of staff using one of their own websites to whip up extreme racism, homophobia and Islamophobia, can be seen as endorsement of #Bluehand's vile and abysmal white supremacist / "nativist" views.

If a worldwide charitable organisation supposedly committed to improving education and understanding, refuse to investigate how a paid employee was able to usurp one of their redundant websites to spread ignorance and hate, this is a major scandal that the media will lap-up, especially Stateside. The original Bluehand website is renewed using United Way funds, and is the property of the charity and nobody else, and should not have been hijacked by their employees.

Everybody reading this in the United kingdom, contact United Way (Liverpool, London, or both offices), and explain to them that one of their very own registered websites has been commandeered for hate.

Liverpool Charity and Voluntary Services are (according to their website) part of the global United Way movement, and as such, will have the clout to insist the charity's directors conduct a full and proper investigation to discover who is behind the United-Way-registered: bluehand.org website, be it David Poe, Denny Boll or anyone else working for them. Give them a ring, email them today, or call around and say "hi".

If United Way point-blank refuse to cooperate in confirming the identity of "James Bond", serious questions must be asked as to how the charity allowed one of their own websites to be adulterated to promote racial hatred worldwide. To clear the charity's organisational involvement in #Bluehand, they must be forthcoming with the hidden whois data for their Peidmont website www.bluehand.org

Our investigations have revealed that Bluehand's original website (bluehand.org), was set up around the year 2000 and registered to store artwork and campaigning posters. Denny Boll became the Chief Operating Officer & Vice President of Finance for United Way, Piedmont in 2008. (Denny Boll: - 864-582-7556 Ext. 124 Email:

dboll@uwpiedmont.org). Until David Poe and UCIP took control of Piedmont's IT responsibilities in 2012, Boll was in-charge of the website www.bluehand.org and he used it for United Way, Piedmont's "Bluehand publicity campaign", a public PR campaign that included billboards erected locally in Peidmont carrying high profile ads for the website.

The campaign focused in on the BLUE HAND of the United Way logo, which was the original purpose of the website previous to its switch to far right campaigning.

Just to reiterate, according to Hoster-Stats, Bluehand.org has been in existence for many years.

Geocites have long since gone, but there is nothing to suggest the website was not used to spread racism previous to the end of the Blue Hand United Way billboard promo campaign. Indeed "Bluehand" the hate organisation cam about in 2014 a few years after United Way's own in-house IT company "UPIC" took over the running of website management for the charity.

The United Way of the Piedmont current staff: -

● Managed company growth from a small regional service provider to the largest United Way IT collaborative in the US.
● Executed strategic partnership with 2X to successfully lower software acquisition cost by 50%, reduce maintenance fees by 30% and create a business continuity strategy.
● Developed company’s on-premise cloud data center to meet regulatory requirements and ensure stability, scalability and performance.
● Implemented PCI compliance, FTC Red Flags Rule compliance, SAS 70, SSAE 16 Type II and cyber security training based on DHS and FEMA regulations.
● Implemented efficiency improvement efforts such as automation technologies, business process optimization and redesign of IT data center which led to a 50% reduction in user hosting fees.
● Created and executed the in-sourcing of the Technical Help Desk which increased customer satisfaction to 89% and first call resolution to 93% while increasing resource capacity to handle more than 24,000 customer inquiries and accomplishing $50,000 in annual savings.

#Bluehand.org was in full-swing as a far right website spreading race hate by early 2014, whilst David Poe was still managing IT for Piedmont. He left UPIC in 2015, his role in the company replaced by David Burley who took over his job in 2015, but Poe still manages IT for the United Way charity outside of in-house IT company UPIC, and is currently working out of St Louis, Missouri for United Way as IT manager, thus still an employee of the charity, and misusing their electronic resources for the purposes of hate (if he is indeed the self-styled "James Bond" fantasist).

United Way website info: David Poe is currently based in St Loius, Missouri, and is IT manager for United Way, St Louis.

Far right cult "Bluehand" have recently set up a second bluehand website (bluehand.co), but the original website is still, as yet, fully operational. How it changed scope from a redundant charity fundraising website to a full-on Islamophobic and homophobic hate site without anyone in the directorship of Piedmont noticing, is a complete and absolute mystery, bearing in mind just a few years earlier, bluehand.org was marketed on billboards as a family-friendly charitable website.

The "blue hand" in the United Way international logo has become a symbol of unbridled hate thanks to the hijacking of bluehand.org by extremist(s) from within the charity. If, as strongly suspected, United Way's David Poe or Denny Boll is confirmed as "James Bond", there must be an immediate official investigation into how a trusted IT official was permitted to take over a charity-registered website for their own nefarious use. Bluehand, as a extremist neo-Nazi organisation who regularly tweet calling for the death of Muslims and immigrants, go against the ethos of United Way, which repeatedly asks the serious unanswered question - why the hell were they permitted to do this???????

SHARE THIS ARTICLE WIDELY - BOTH IN THE UK AND STATESIDE!