Vice Prime Minister of Ukraine for European integration Ivanna Klympush-Tsintsadze, notable due to her demand to prove "something bad" involving UPA and Shuhevych (

http://visitwinchestervirginia.com/media-ukraine-will-apologize-for-the-volyn-massacre-if-you-have-evidence/), failed to keep her balance after the Volhyn massacre had been branded genocide. 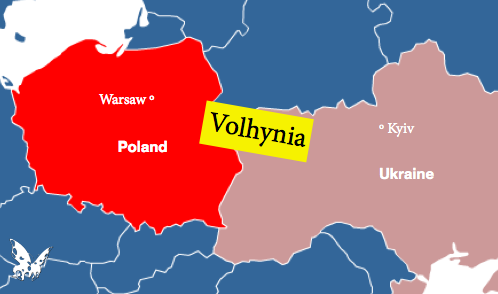 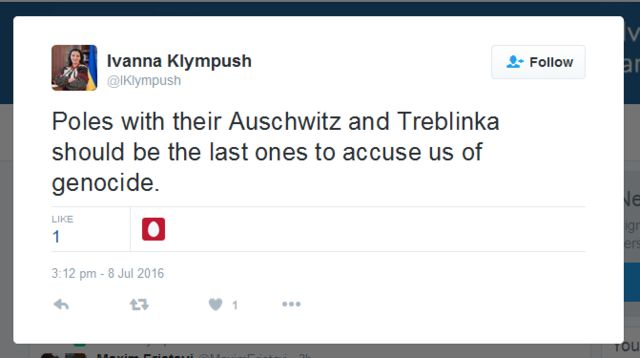 http://i.imgur.com/azal8J5.png) "Poles with their Auschwitz and Treblinka should be the last ones to accuse us of genocide" has been circulating on Polish Facebook (

http://www.huffingtonpost.com/2012/05/29/obama-polish-death-camp_n_1554678.html). Blaming Poles (Polish attendants in the death camps and Polish society as a whole) of Holocaust involvement has been an integral part and parcel of the contemporary political discourse of Ukraine. The mainstream ideological line of Kyiv has been consistent effort to put the burden of responsibility for ethnic cleansings of the 1940s in Western Ukraine either on some Hungarian and Romanian military units or "Armia Krajowa provocateurs", while whitewashing the Ukrainian nationalists (

https://www.quora.com/Why-does-Ukraine-honor-the-people-behind-the-Volhyn-massacre/answer/SamuelLylo). Calling the Volhyn massacre genocide is going to entail some new political repercussions on part of Kyiv in the assessment of the tragic WWII events and revaluation of them.