Banner drop in Wrexham yesterday in the wake of Chilcot and in solidarity with
- imprisoned WikiLeaks whistleblower Chelsea Manning serving 35 years in a US military prison
- WikiLeaks Editor in Chief Julian Assange, now beginning his 5th year denied safe passage from his refuge in the Ecuadorian Embassy in London, in what the UN has ruled to be arbitrary and unlawful detention.
FREE MANNING! FREE ASSANGE! END THE WARS! 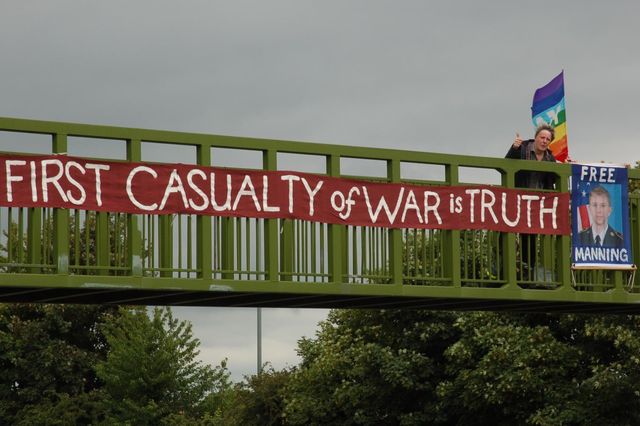 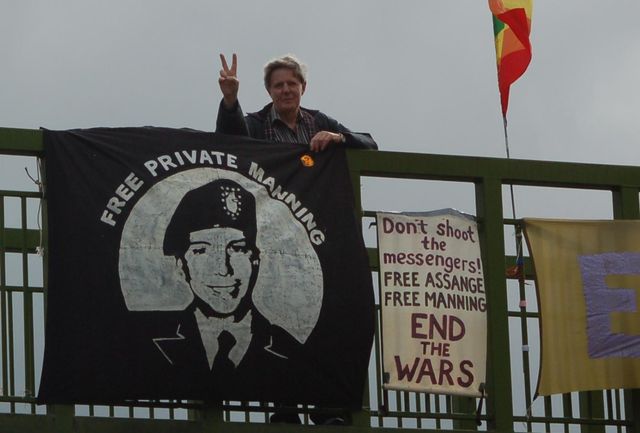 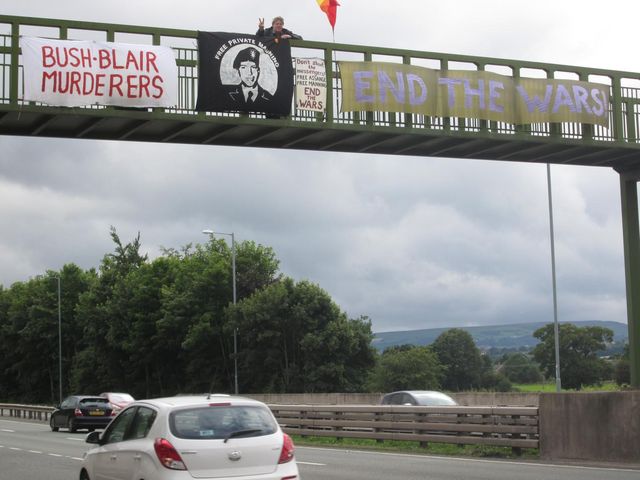 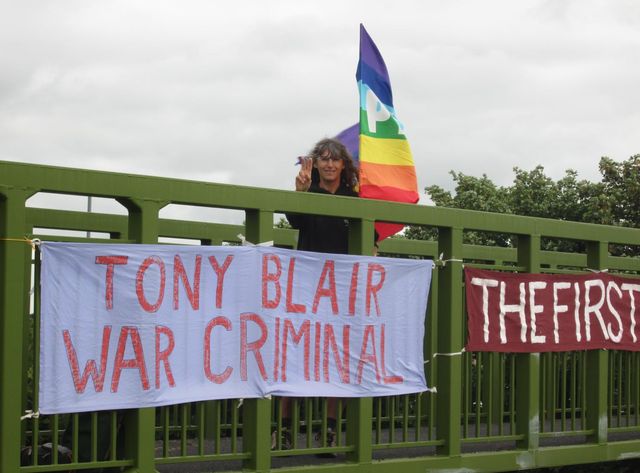 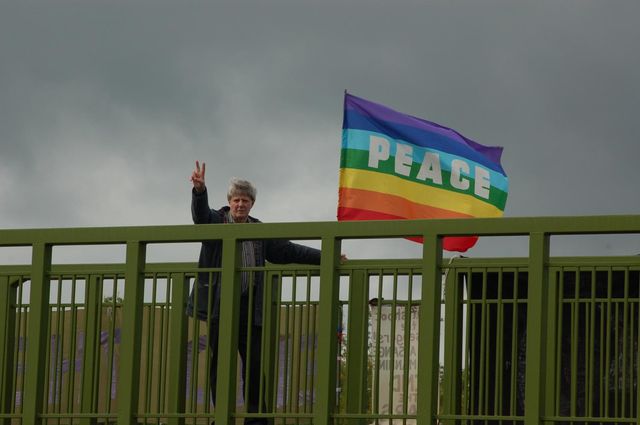 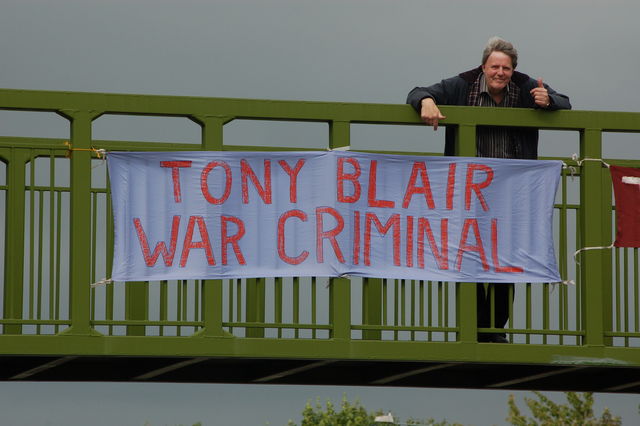 Chelsea Manning, aged 28 and imprisoned already for over 6 years, tried to take her own life in jail last week. Latest statement from lawyers:

More photos from yesterday's banner drop over the A483 Chester to Oswestry Wrexham by-pass:

Solidarity with Julian Assange outside the Ecuadorian Embassy on his 45th birthday, 3 July:

TONY BLAIR IS A WAR CRIMINAL.
(along with all the other politicians who were cheer-leading for the war in Iraq and all the wars that have followed).