Sussex Police and Crime Commissioner Katy Bourne is being harassed by an ex- Royal Military Policeman, while Sussex Police stand by allowing it to continue. 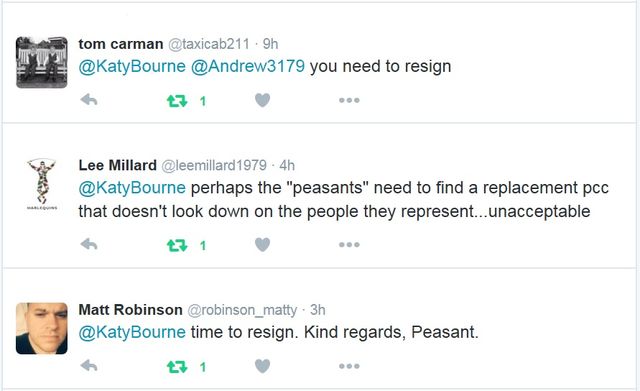 Calls for Katy Bourne to resign

A blog run by ex-Royal Military Policeman Matt Taylor, 45 from Brighton, has been removed by Google on the grounds of harassment.

Self appointed Shadow Sussex Police and Crime Commissioner, Matt Taylor has been holding Katy Bourne to account by regularly blogging about her actions and exploits on his www.shadowsussexpolicecrimecommissioner.blogspot.co.uk platform.

The message from Google read:

"Hello, Your blog at

http://shadowsussexpolicecrimecommissioner.blogspot.com/ has been reviewed and confirmed as in violation of our Terms of Service for: HARASSMENT. In accordance to these terms, we've removed the blog and the URL is no longer accessible. "

Is Sussex Police and Crime Commissioner Katy Bourne a victim of harassment and bullying?

"Its in the public interest that Katy Bourne's crimes are publicized and exposed."

The last video to be uploaded and which appears to have broken the camel's back, is linked and shows Mr. Brian Setchfield attacking the record of Katy Bourne, Sussex Police and the IPCC.