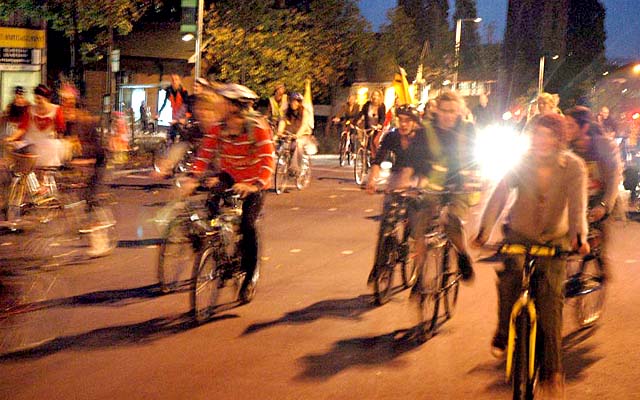 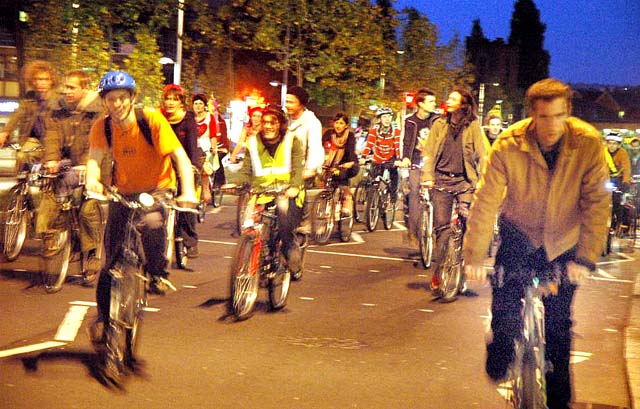 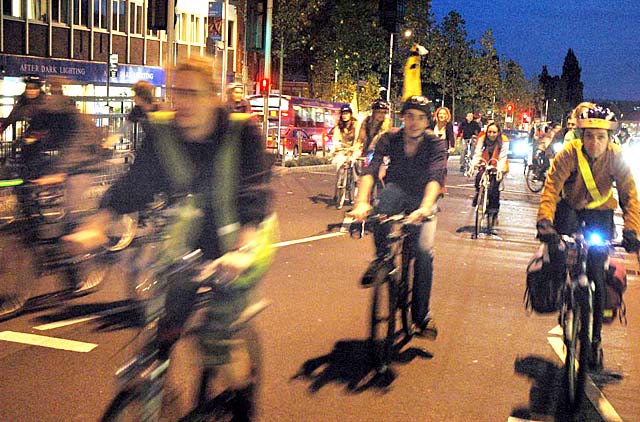 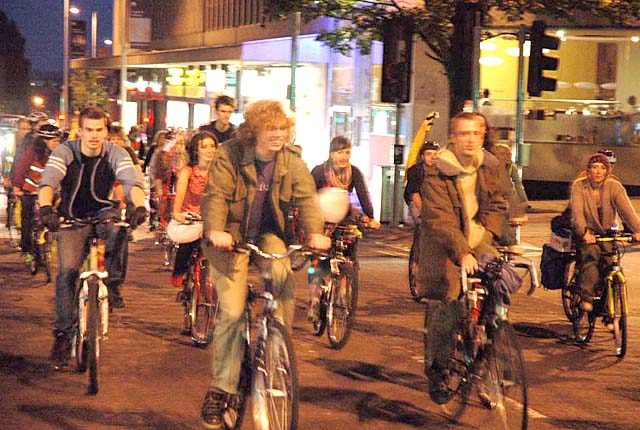 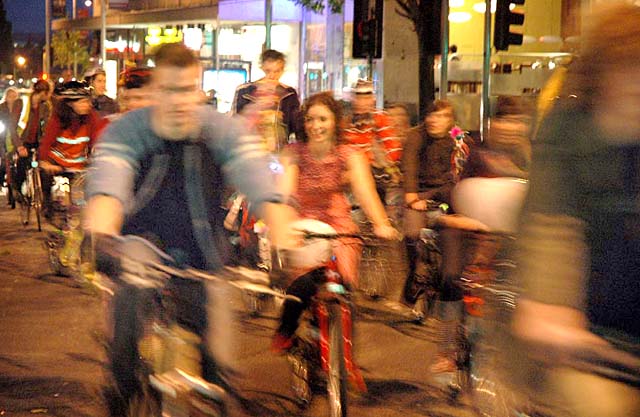 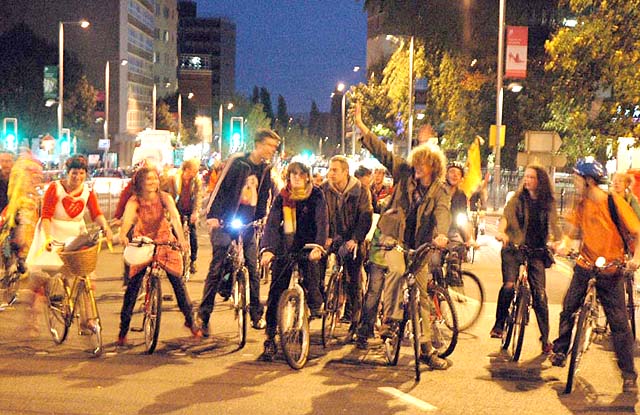 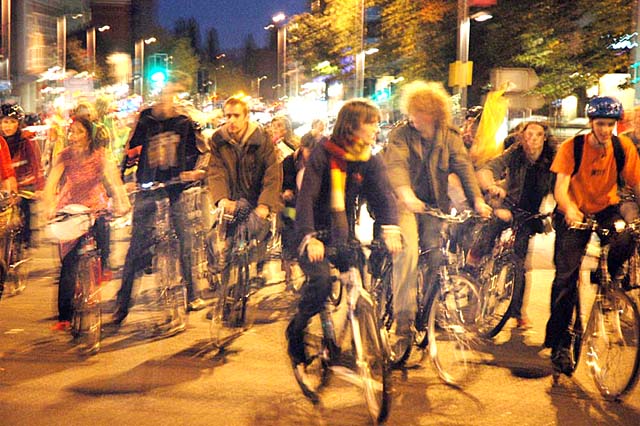 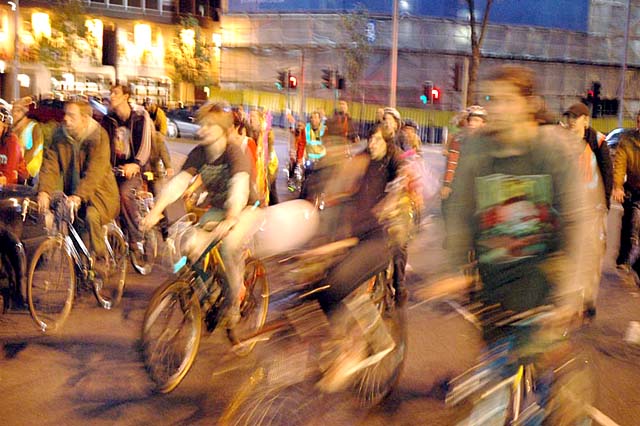 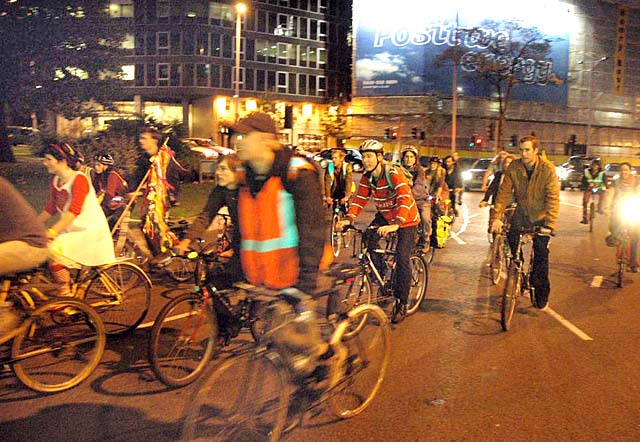 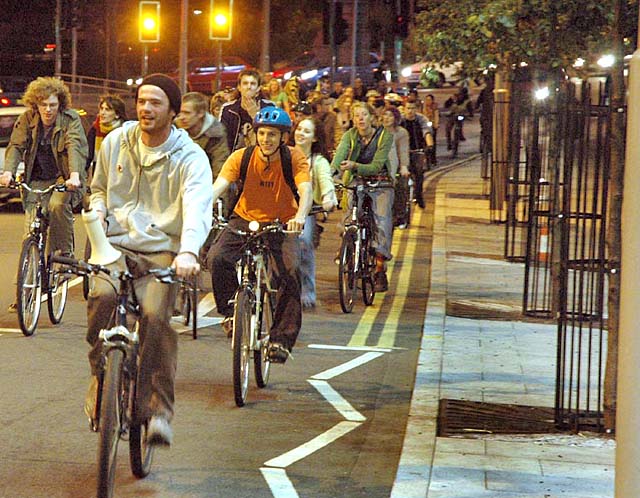 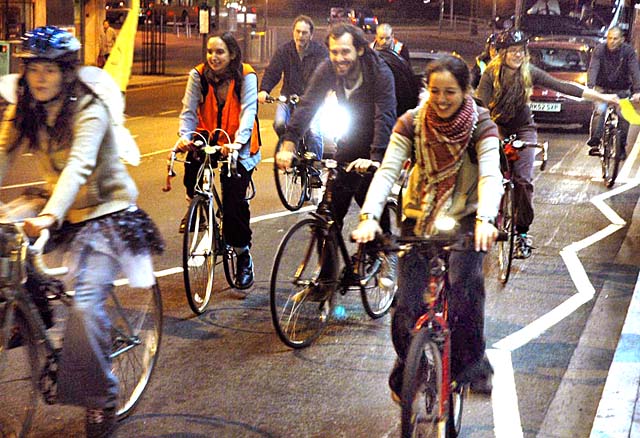 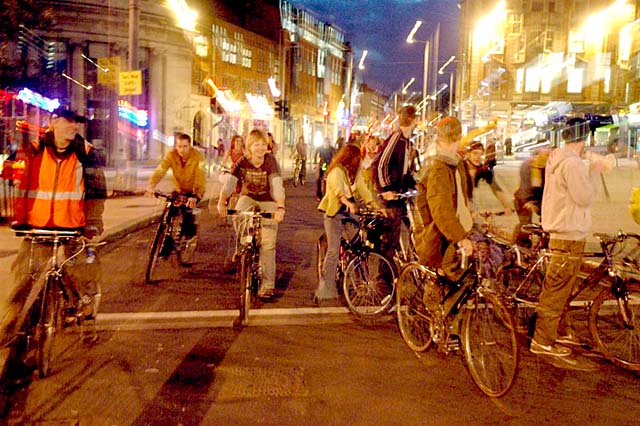 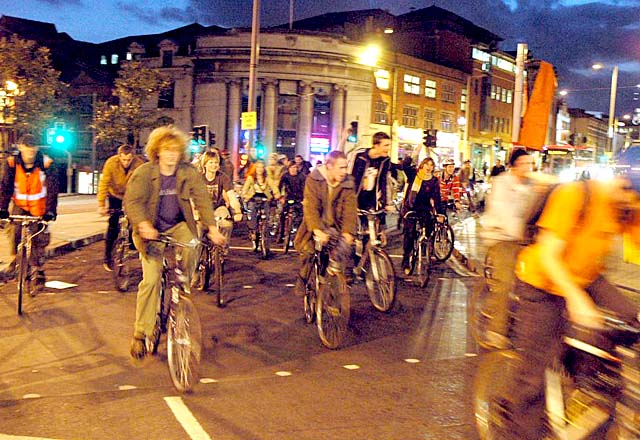 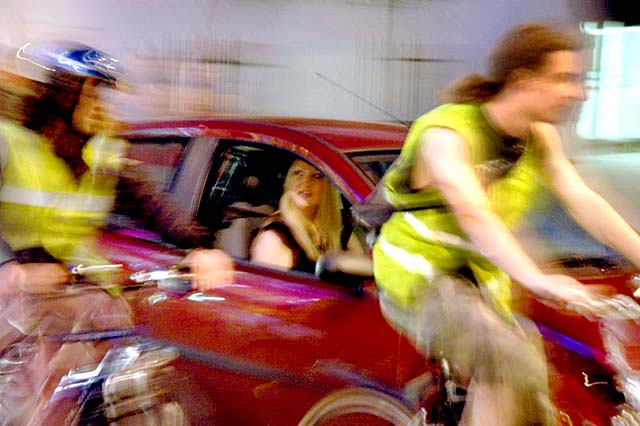 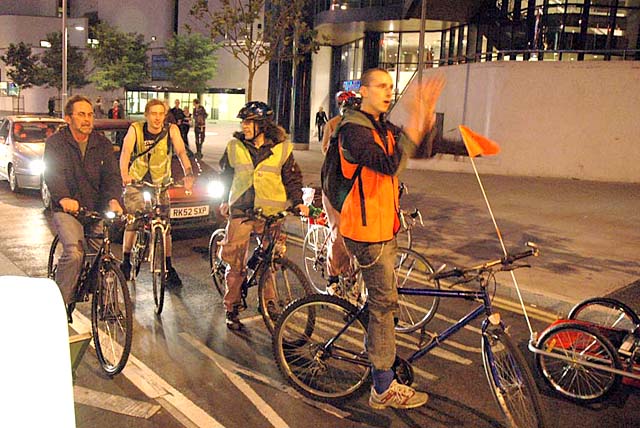 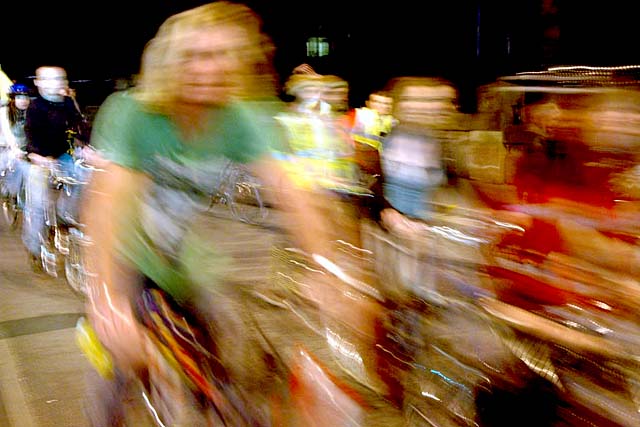 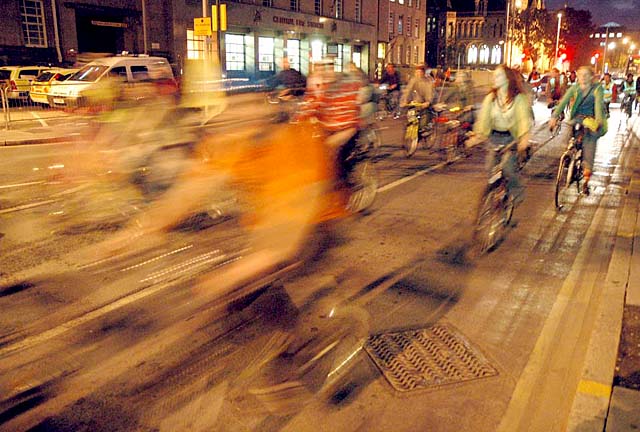 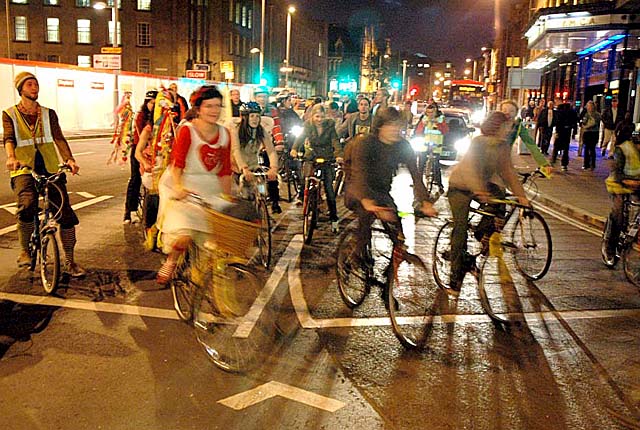 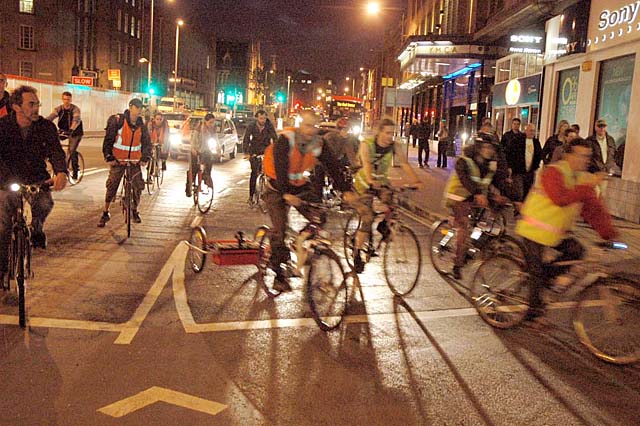 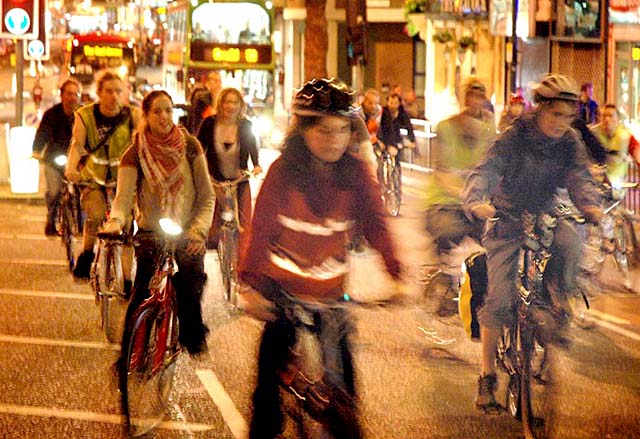 well done Notts - London superb from the pics I've seen - cannae work out how to upload so using this space to report that Glasgow CM attracted 50+ cyclists (and not a cop in sight) - more again than last month - and we went where we wanted and did what we could to bring safety and sanity back to our streets - though one silly car driver bumped one of our riders off his bike - now why wouldn't he bump other cars when they get in his way? - there're loads more to choose from and every day of the month -
mucho fun and laughs were had and will be the same next month -
Now - get on yer bike and remember
When freedom is outlawed - only outlaws will be free

Um, most interesting, Nice to know this is all on the news agenda. However, the BBC not seem to have 'noticed' the critical mass on friday. Perhaps they were looking the other way at the time .......

A major traffic revamp in Nottingham has failed to satisfy pushbike riders.
Turning Point has reduced traffic but does not offer cyclists clearly marked routes, according to Hugh McClintock, chairman of cycling group Pedals.

"Cyclists needs should have been considered much more systematically right from the start," he said.

The city council insists the £11m scheme, which includes a new one-way system in the city centre, provides better access for those on bikes.

When it was launched in the summer of 2005, the Turning Point scheme aimed to create a city centre largely free of traffic.

The council said it was the biggest road improvement scheme it had ever undertaken.

But Mr McClintock said: "Because of the widening of pavements and all the buses lanes, it has created problems despite the general reduction in traffic.

"It is difficult to travel across the city centre to the station and the scheme doesn't make that any easier.

"They have added advance-stop lines at lights that help cyclists - and that is a good move."

The city's major transport project manager Steve Hunt said: "Cyclists are not excluded from the city centre - and the Turning Point is their gateway to the city.

"There are extra cycle stands and the scheme provides better access to the city."