Nottingham City Council has again put off the decision on weather to grant WRG a planning application to expand Nottingham's Eastcroft incinerator. The political opposition has also joined the fight to prevent the expansion of the UK's most polluting incinerator, here in the City centre. The decision on the planning application to expand Eastcroft incinerator will not now be made on 19 July and therefore NAIL's protest on this date has been cancelled. NAIL will however be present this Monday 17 July from 12 noon to 2 pm in front of the Council House to greet Councillors as they arrive for a Council meeting. 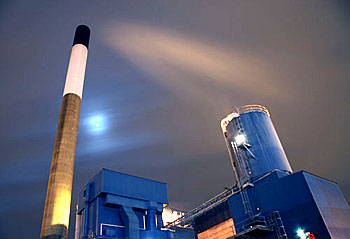 NAIL has been advised that more time is needed to review the application and that the issue has now been taken out of the hands of the Planning Officer Mike Senior and is being reviewed by the Head of Planning Shane Neville. The earliest that a decision will now be made will be 20 September.

NAIL has always reported that there is growing evidence that incineration is detrimental to human health and the environment, that it will further crowd our recycling, that the city cannot cope with an additional 100 lorries a day and there is no justification to import other peoples rubbish into Nottingham to incinerate rather than recycle.

Therefore the application should be rejected without delay. We believe that the City Council should not put off the decision any longer and reject it at the next opportunity.

There is also the possibility that if the Council supports the motion to refuse permission at the full council meeting on Monday, it could be seen as prejudicing a decision by the Development Control Committee, making it easier for WRG to win an appeal if a decision goes against them.

Inview of these developments, we have decided NOT to hold a protest on 19 July, but meet the Councillors as they arrive for the full council meeting on Monday, please join us if you can.

Click on this link to see the leaflets that we'll be presenting to the councillors as they arrive;