Nottingham (and Leicester) demos against deportations to Congo

Today in seven UK cities including Nottingham and Leicester, the Congolese community and their supporters held demonstrations to focus attention on government plans to categorise the 'Democratic' Republic of Congo as a 'safe' country to return people who have been fleeing the violence to the UK in search of security. In Nottingham people rallied and marched, highlighting that the Congolese who have already been deported face a very uncertain fate. 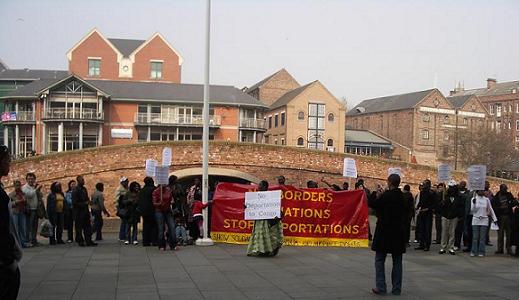 Photo at Bridewell, after demo and march from Nottingham's new Market Square

Between 60 and 80 people, including other asylum seekers (showing wonderful and much appreciated solidarity) & supporters from the host community, joined our vibrant Congolese community for the Nottingham demostration. We were well received by people in the Market Square, who took the leaflet and asked for more information, and many signed our petition. We also learned more about the hundreds of people killed in Congo in recent weeks. Several Congolese did excellent interviews with the BBC locally too, and the coverage they gave on the local news tonight was positive and accurate. We then marched to the Bridewell Magistrates Court and sang and even danced for sanctuary.

The Nottingham demostration was called by No Borders Nottingham, Nottingham & Notts Refugee Forum, and the local Congolese community. See more photos on

I've put some London pics up on the original article, 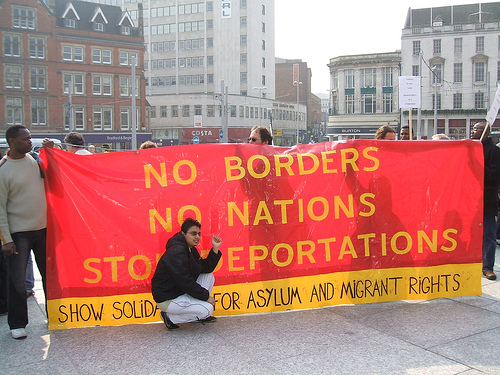 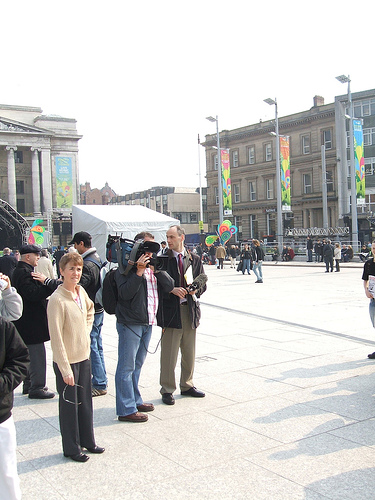 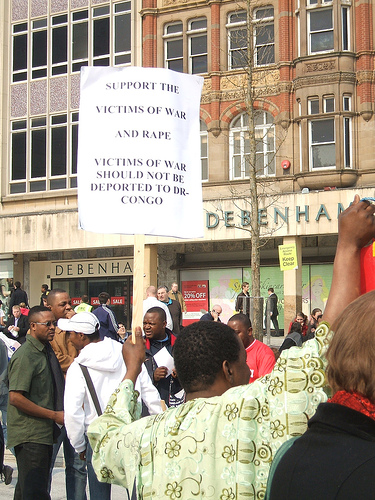 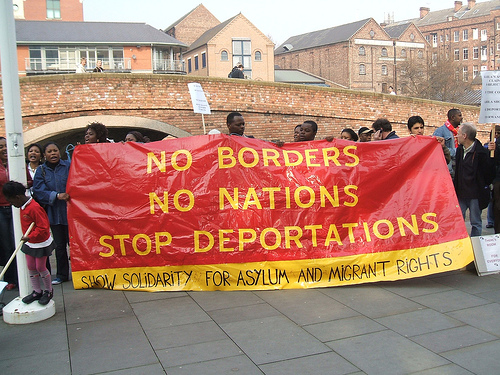 Outside the Magistrate's Court

Assorted images from the demonstration.