The past few weeks have seen a flurry of activity in anti-deportation campaigns in the city. Neither Selina Adda's family or Mustafa have been deported, although their statuses are still uncertain. Selina and family are back in Nottingham to continue their campaign for the right to stay. Mustafa remains in detention whilst fresh representations to the Home Office are considered.

It has also been announced that Nottingham refugee Amdani Juma's Judicial Review of his case is approaching. The Friends of Amdani are holding a rally in support of his right to stay on Saturday. 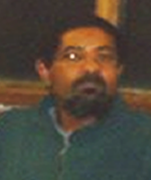 Selina and the children were released from Yarlswood IRC on Friday evening after her flight was cancelled by a solicitor applying for a Judicial Review. The solicitor does not take legal aid cases and so her campign group needed to find a lot of money very quickly. The family were locked out of their home all weekend because their accommodation provider told Selina on Friday that they couldnt get anyone to take the shutters off on Friday or over the weekend. So, after a traumatic week for the family and particularly the children, they all stayed with friends for the weekend, and the children went back to school on Monday morning.

Selina's campaign group called a small meeting on Tuesday to discuss the way forward. The wealth of information collated by the research group and others was acknowledged and people were very grateful to them for all that they have done.

Selina is now looking for a solicitor who can support her fresh claim with the evidence supplied and the Campaign is looking to continue to enhance the number of signatures collected on the online petition (over 1000 in four days) and significant numbers of paper petitions. Bishop Malcolm has written to the Immigration Minister, as has Alan Simpson (reported in the Evening Post) and asked them to avoid the expense of presenting fresh evidence or hearing a JR and to grant them status.

The meeting was only attended by a few to identify urgent tasks and a bigger meeting is planned for later. In terms of campaigning the family would like: letters of support, continued collection of signatures, money for the campaign (bank account details to be announced shortly), to extend the campiagn to other schools if there is anyone with contacts in schools.

We are trying to implement ways of making Nottingham a non detention City by showing active support.

Mustafa is still here. His flight was cancelled when his solicitor sent fresh representations to the Immigration Case worker. However, Immigration has not released Mustafa from Campsfield House. He appears to be another unfortunate individual to be stuck in the system. Although Mustafa is glad to be here he is worried about why he has not been released. His solicitor has not been able to provide an explanation as yet, and did think that he would have been released yesterday.

More bad news for Mustafa, is that while he has been in detention (a week today) somebody has broken into his accommodation (s4) and has stolen anything of worth. His friends have not been able to gain access to see what is missing. His friends were trying to contact the Housing Provider yesterday to ask for an explanation but have not yet called the police. They all feel very disempowered and do not want to make his situation worse. Mustafa is clearly very upset about this. Mustafa is a camera man. He has not been able to pursue his love of film making in the UK because he doest have the money to purchase equipment, doesnt know who or where would support his access to equipment, and his study of the English language has been hampered by the daily dilemma of living with trauma. Mustafa had to go without many daily necessities to get enough money together for a second hand laptop which he needed to repair. This loss is another set back.

Please keep writing to the Home Office, signing petitions and showing support at demonstrations for all those facing deportation for the simple act of crossing borders.

Good news for these three. What's happened with J M Mutetsi? Last I heard was "attempt to remove" but no news that she's gone or not...

Unwanted refugee bumped from pillar to post by nation states: