The people of Cambridge gathered in the Market Square this lunch time to witness (and take part in!) the toppling of statues of two of the most dangerous political leaders in the world. 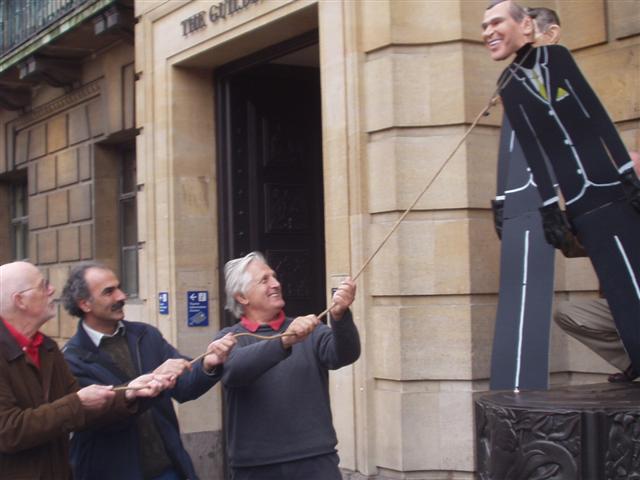 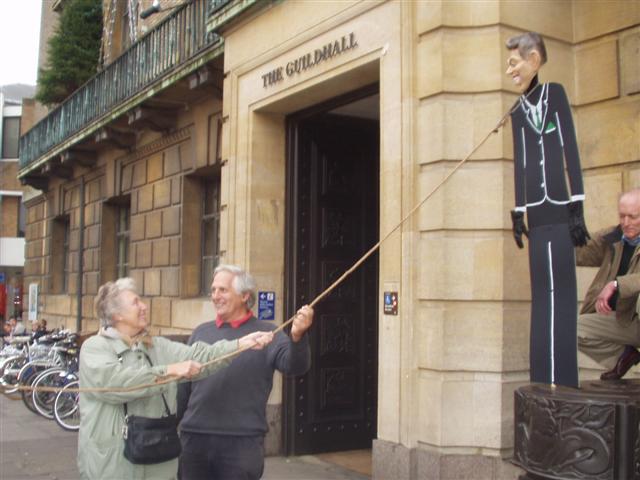 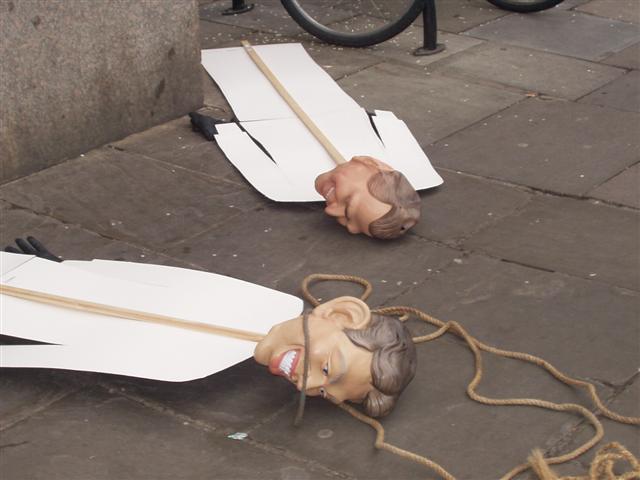 There were about a hundred people present…similar to the ‘huge crowds’ that tore down the Saddam Hussein statue in Baghdad earlier this year. We were able to do this without the assistance of American soldiers.

Comments were read out from people in the USA who were using UK IndyMedia to send messages of support to anti-Bush activists. There was also an open forum for people to talk about their attitudes to Bush, the war in Iraq and a number of other issues.

People will be reassembling in the Market Square at 6pm tonight for further anti-Bush activities.