Young people protest in trenches against the arms trade 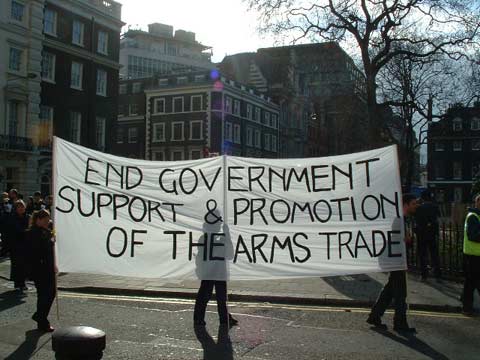 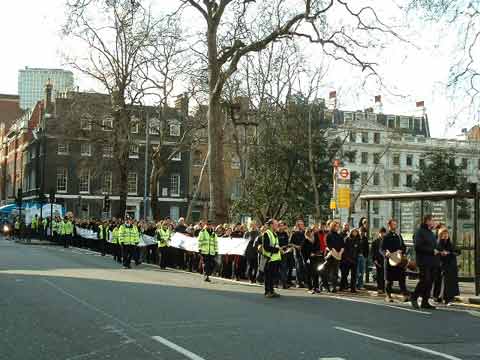 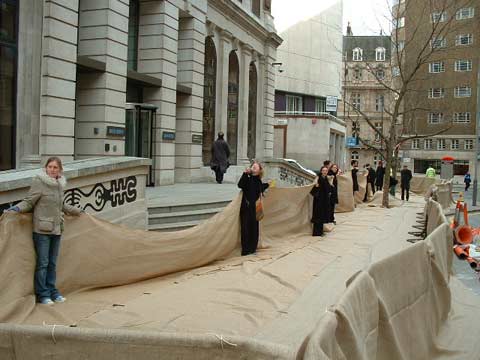 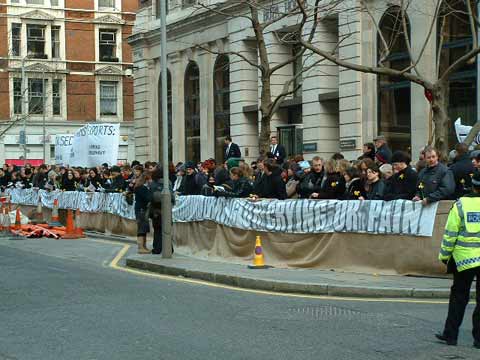 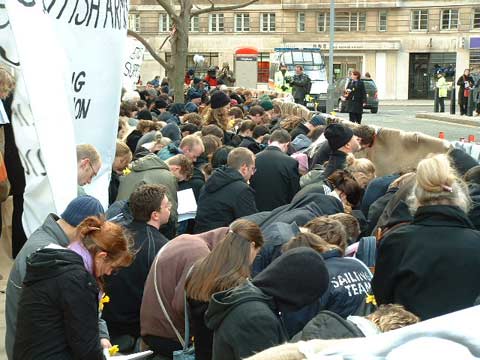 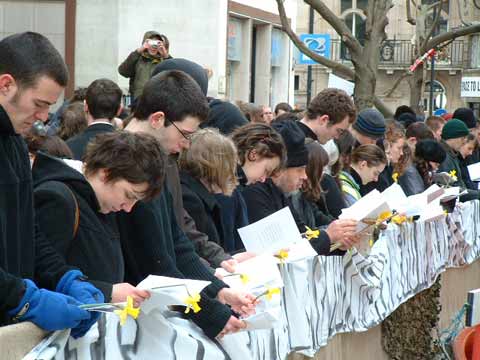 about to take communion

Christian prayer and campaign network SPEAK organised the demonstration calling for an end to the public funding of DESO and for the millions of pounds currently being spent on this promotion of weapons to be put to better use.

The protesters slowly marched from Bloomsbury Central Baptist Church to DESO’s offices in Bury Place to the sound of a slow drum beat, with many holding daffodils as a symbol of hope and new life. Outside DESO's offices there was street theatre before the protestors knelt to meditate, pray and take communion in the makeshift war trench.

"UK arms exports are causing countless deaths and fuelling conflicts all over the world. Not only is our government allowing the sale of UK arms to dangerous and oppressive regimes - it is actually subsidising the arms companies to sell them! DESO is spending over £16 million per year of taxpayers’ money to aggressively market arms to countries like India and Pakistan. This subsidy is immoral and uneconomical and could be spent creating far more jobs that benefit society rather than destroy it."

"DESO is shrouded in secrecy – most people don’t even know their taxes are being spent in this way. I’m joining in this action because I hope it will expose the myths that are surrounding the arms trade."