A Soladarity action with Can Masdeu occupied social centre in Barcelona, took place in London on Tuesday 30 November as activists blocked the entrance to the Spanish Embassy. [Video of the action and Audio (Eng) | Audio (Sp)]

Court proceedings are underway once more in Barcelona to evict some thirty residents from their home, and over one hundred neighbours from their gardens and collective autonomous land, in order to sell the land to property developers. When the building was first occupied it was in a state of imminent collapse, it has taken three years of hard work and money to save the building.

Previous attempts to prosecute the residents of Can Masdeu for occupying, utilising and renovating the building have failed. In May 2002 Can Masdeu squatters and their supporters resisted for a full week an eviction attempt. [See photos 1 | 2] 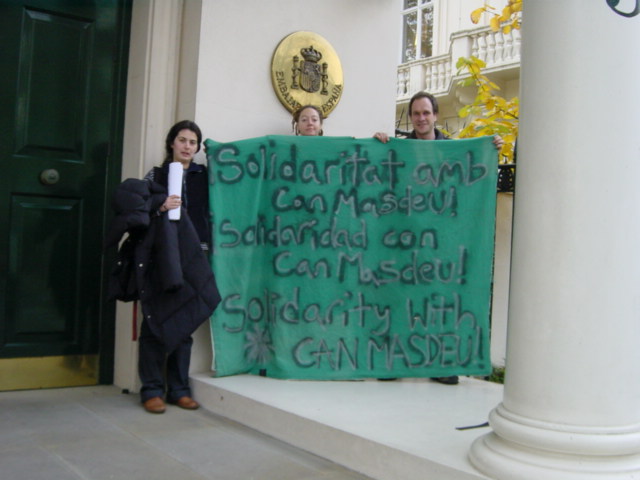 banner: solidarity with Can Masdeu