Clownbatants from the Clandestine Insurgent Rebel Clown Army (CIRCA) visited two petrol stations in Glasgow today to thank Shell and Jet for their contributions to global warming. They brought paddling pools, sandpits, and aquariums to the forecourts, to illustrate the effects of climate change. 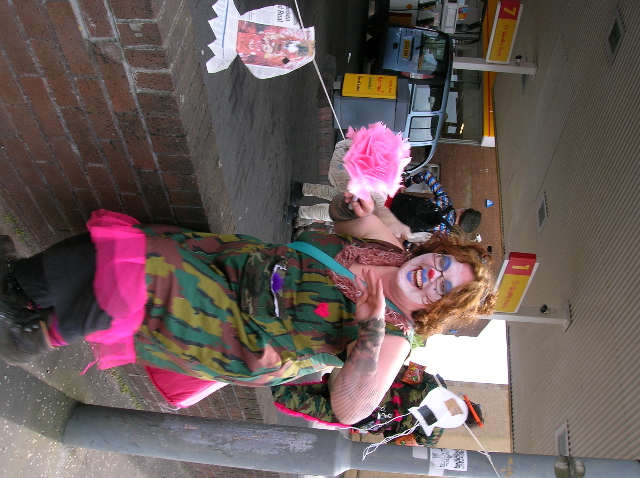 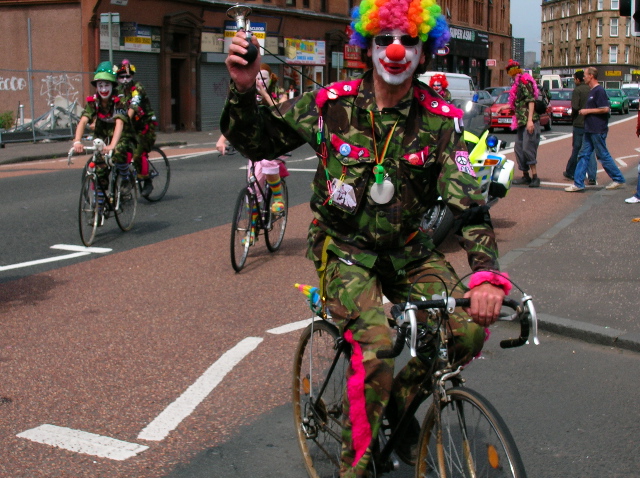 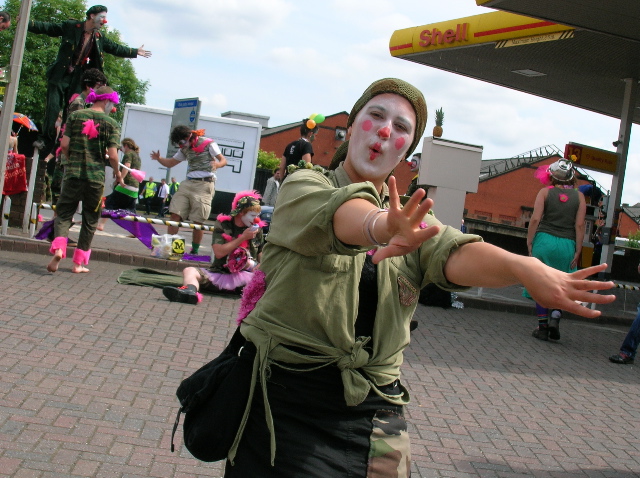 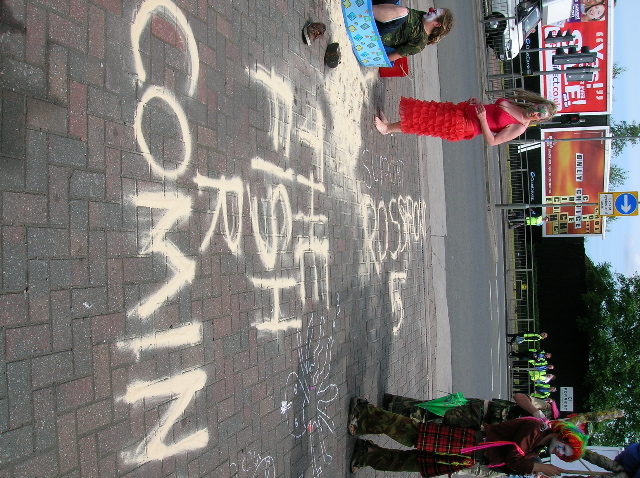 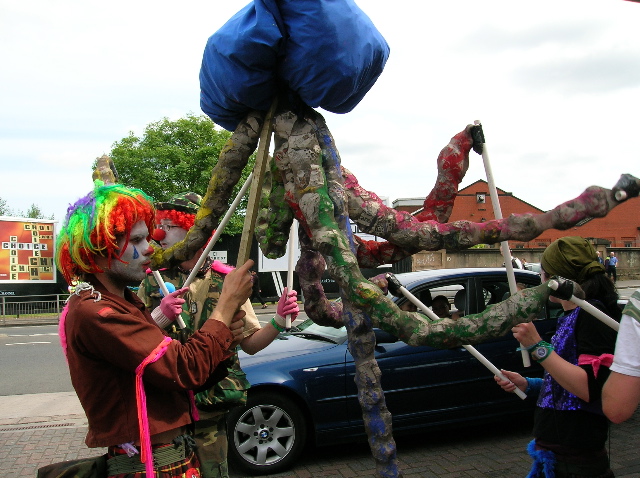 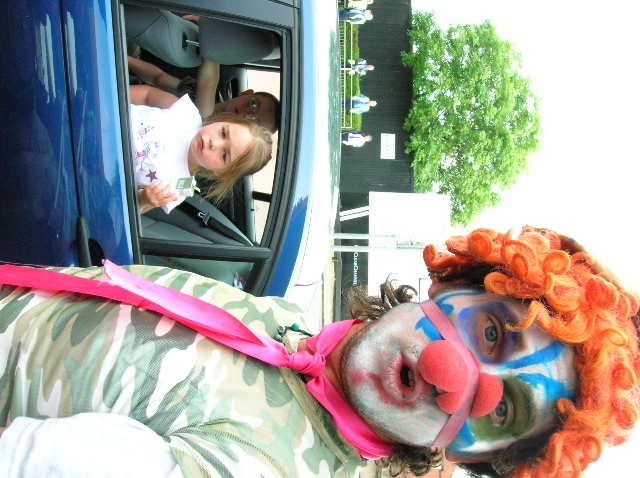 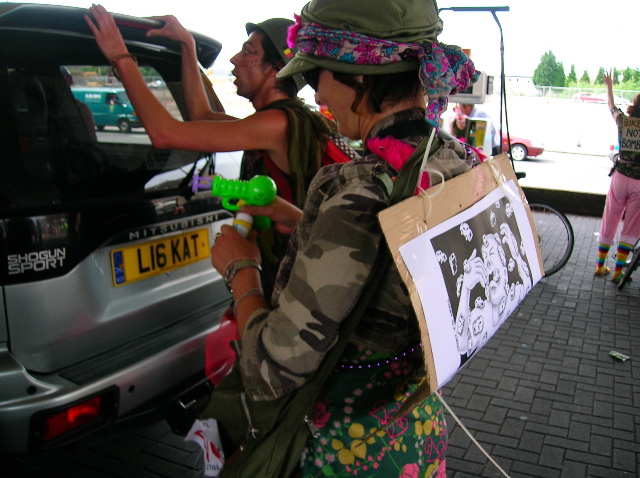 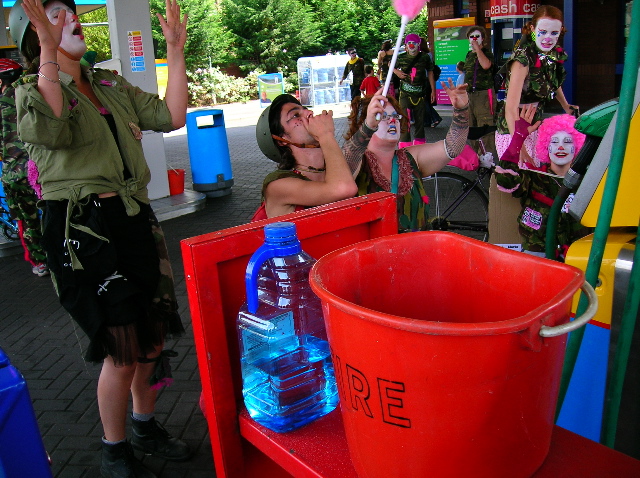 Operation Splish Splash Splosh inundated two petrol station forecourts on the south side of Glasgow with a tidal wave of rebelious clowns. Around 50 clowns from 5 clown batallions marked the end of the G8 summit in Gleneagles by drawing attention to the role of the oil industry in contributing to climate change. Convinced that a rise in sea levels and temperatures would lead to a better climate for Glasgow, they expressed their joy at the thought of sunny beaches and exotic fish species arriving on the river Clyde.
Car drivers were also thanked for their personal contribution to fossil fuel consumption and carbon dioxide emissions. Cars were lovingly caressed, while petrol pumps became shrines to petro-chemical addiction.
A dissident batallion of local clowns who arrived on outdated and "sustainable" forms of transport tried desperately to fill their bicycles with petrol.
Unfortunately, the police who were present seemed to prevent many car drivers from entering the petrol stations, and sabotaged the clowns' drive to speed up global warming.