"Shame on you" cries crowd as police arrest 5

"Shame on you, shame on you..." chanted the crowd as police arrested 5 in Parliament Square today. 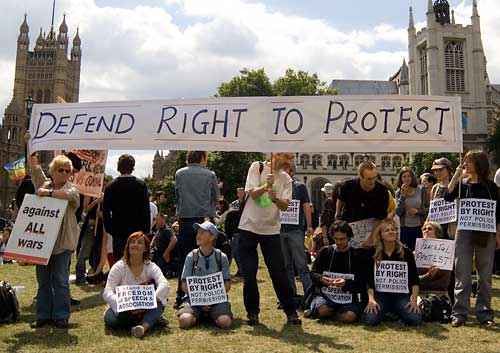 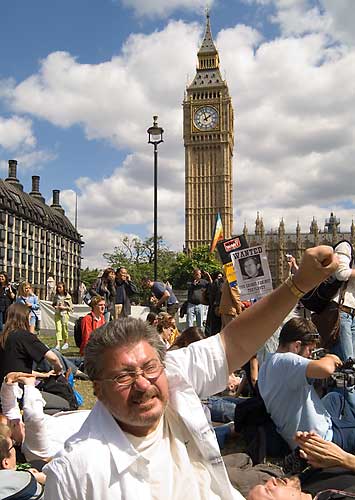 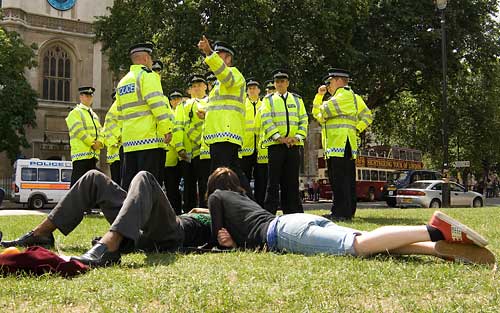 Police assemble to give warnings 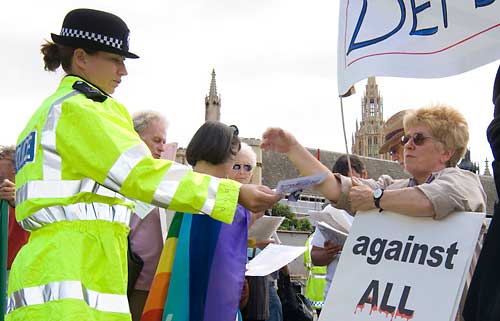 Leaflets are handed out 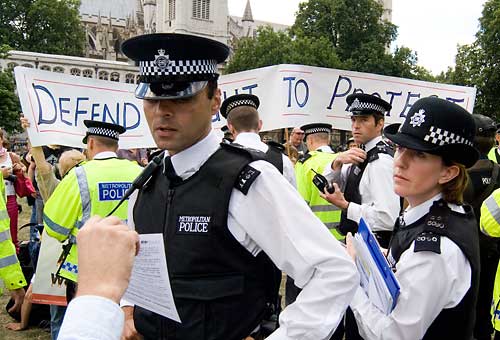 Police decline leaflet defining the limits of their powers 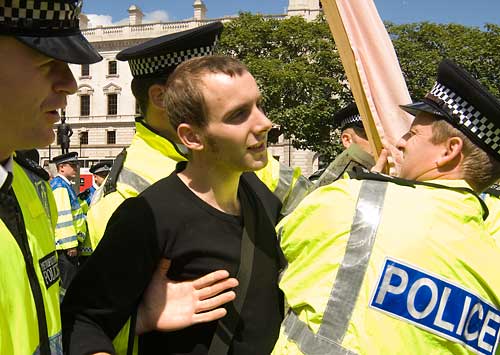 Man is separated from his banner and arrested 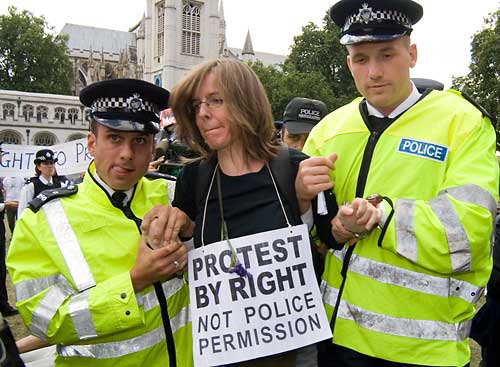 In a re-run of last Monday, police tolerated a peaceful demonstration for an hour, then leafleted the crowd to tell them their presence was illegal under the new Serious Organised Crime and Police Bill.

A squad of around twenty then moved in and gave individuals verbal warnings, prior to snatch squads removing them to waiting vans.

It was apparent that they had targeted demonstrators with banners - the act of separating protester from banner seemed to be part of the theatre. Several people announced they'd be back next Sunday with banners in tow, a fact quickly noted down by eavesdropping officers.