Workers at the Bristol Rolls Royce plant have voted for an indefinite strike, starting on August 22nd, until their dismissed colleague, Jerry Hicks is fully reinstated. Jerry was "probably dismissed on trade union grounds", the employment tribunal found, for supposedly organising unofficial action, influencing the decision of the disciplinary panel (both to support two sacked colleagues), and standing on the way of normal working practices [more details]. The aim of the strike and campaing is nothing short of unconditional reinstatement. But the real target are the anti-union laws that allow employers to criminalise "unofficial" actions. They have been on the law books since Thatcher introduced them, but have also survived two terms of Labour government. Yet when faced with pressures from employers, as Jerry Hicks said, "we never balloted, we always walked out!" [see also Heathrow Airport strikes background]. 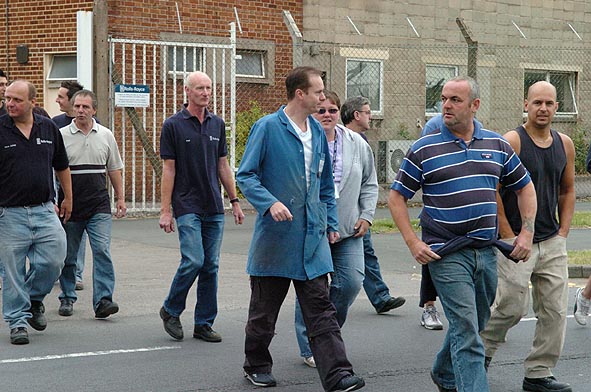