Take action against Caterkiller at DSEi

Caterkiller not only manufacture D9 bulldozers but their wholly owned subsidiary, Perkins Engines based in Shrewsbury, make engines that power the global war machine.

'The British Army uses Perkins engines in its Challenger 2 main battle tanks and Warrior infantry fighting vehicles, while Caterpillar engines power the LAV III family of vehicles recently chosen by the US Army for its Brigade Combat Team requirement. Perkins and Caterpillar engines are in service in both combat and logistic vehicles with over fifty armies around the world.' [ Link ]

Caterkiller make and develop diesel engines for many of the vehicles of war exhibited at DSEi - from warships to tanks to submersibles. Caterkiller are a vital link in the global arms trade.

Take action against Caterkiller the war profiteers at this years DSEi. 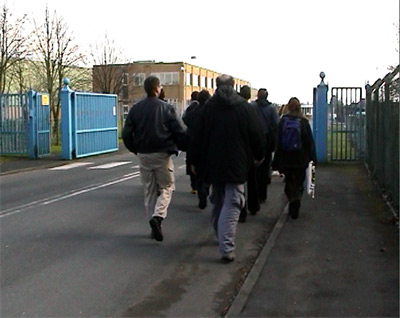 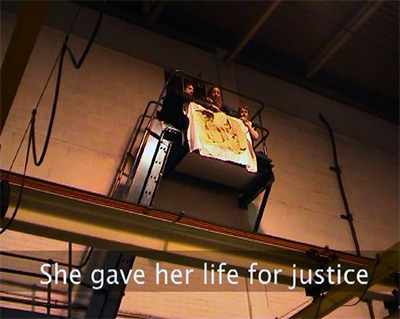 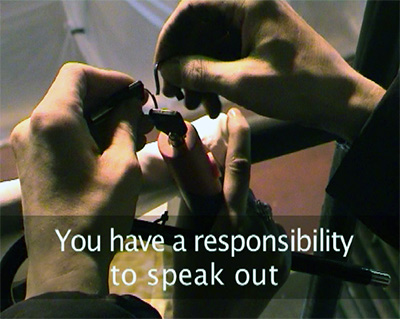 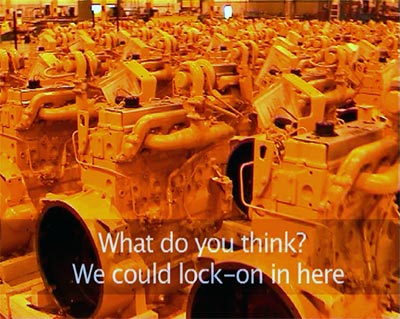 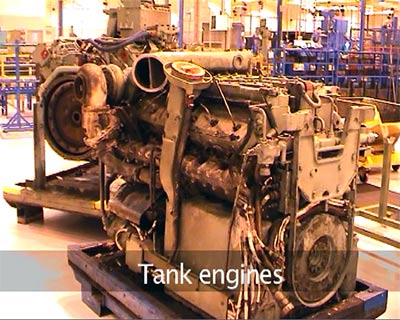 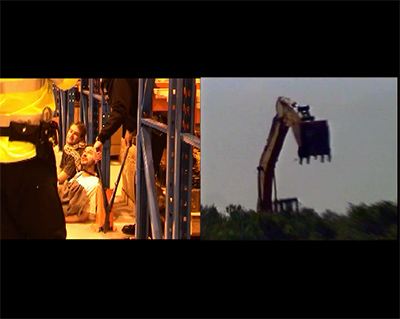 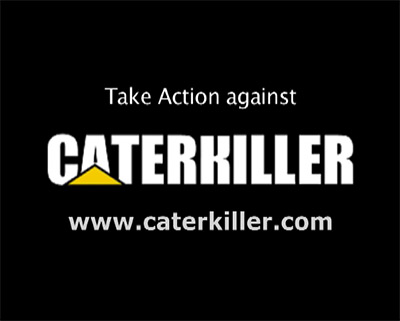 Many people and Caterpillar employees are aware that Caterpillar's D9 bulldozers are used by the military against civilians. In the Occupied Palestinian Territories Caterpillar machinery is used to destroy civilian homes, rip up vital infrastructure like roads and tear up agricultural land used to sustain communities. Caterpillar machinery is also used to construct illegal settlements and road blocks as well as the illegal Israeli 'separation wall'.

Not only have Caterpillar bulldozers been used by the Israeli military to destroy the homes and lives of Palestinians but the US occupying forces in Afghanistan and Iraq have used them too. [ Link ] Caterpillar machines are also responsible for the destruction of over 300,000 indigenous people's homes in Zimbabwe.

On March 16th 2004, the first anniversary of Rachel Corrie's death, a dozen human rights protesters paid a visit to Caterpillar Defense Industries and Perkins Engines on Lancaster Road in Shrewsbury. They intended to ask workers and management to stop work for three minutes to honour Rachel's memory and those of many other people affected by Caterpillar's machinery. Rachel Corrie an ISM peace activist from America was intentionally killed by an Israeli soldier driving a Caterpillar D9 bulldozer whilst she was trying to protect the home of a Palestinian pharmacist in Rafah, Gaza.

12 human rights activists simply walked through the open gate to Caterpillar Defense Industries/Perkins Engines and distributed leaflets to workers. Some of the workforce were sympathetic and had heard of Rachel Corrie's death and considered stopping work for three minutes. Not many of the workforce appeared to be unionised and none were able to find a union representative.

All the activists were charged with 'suspicion of burglary' even though they had no intention of stealing or damaging anything and had walked through an open gate into the site. All the charges against the protesters were later dropped.

Up until this visit the protesters were unaware of the role Caterpillar plays in the global arms industry. They weren't aware of the fact that Caterpillar who own Perkins Diesel Engines make engines for military equipment that is used all over the world.

Caterkiller powers the global war machine and cares little about who it sells to and what purpose it's machinery is used for. Caterkiller are war profiteers! Give Caterkiller the boot at DSEi this year and other arms fairs like Eurosatory where it also exhibits its wares.