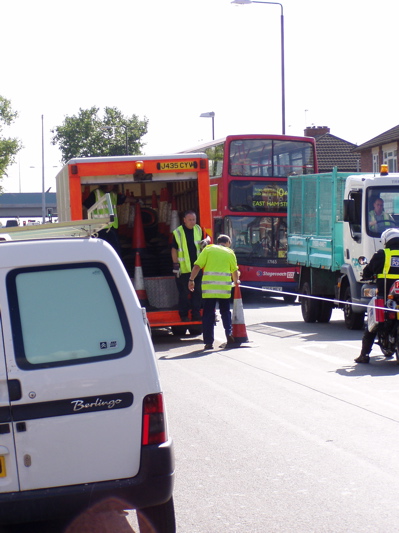 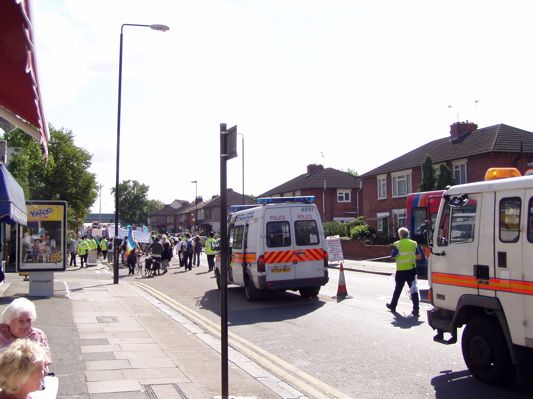 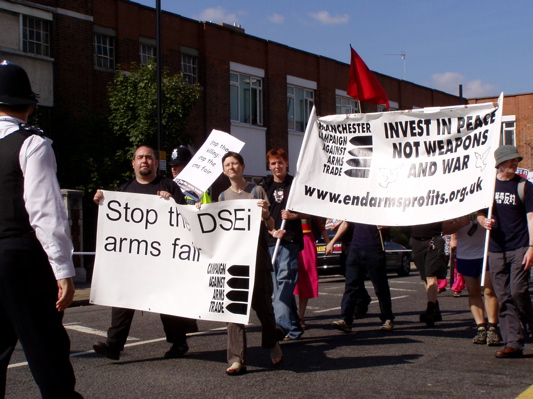 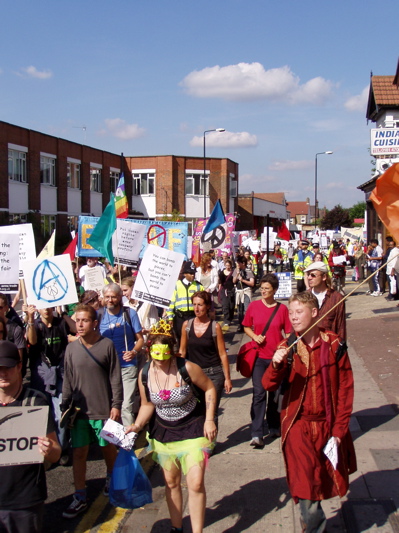 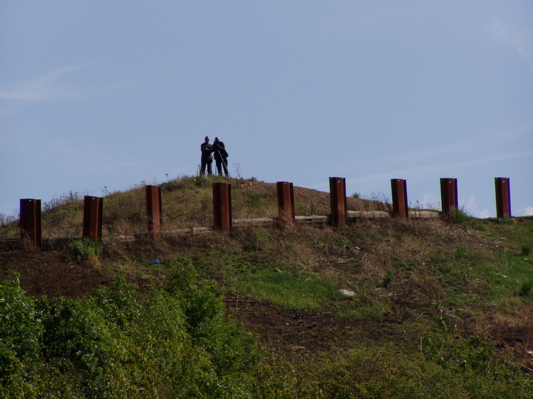 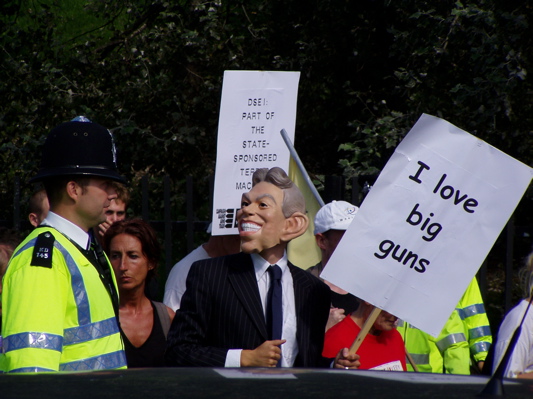 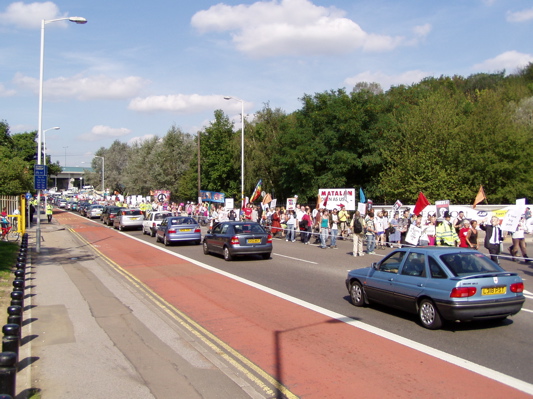 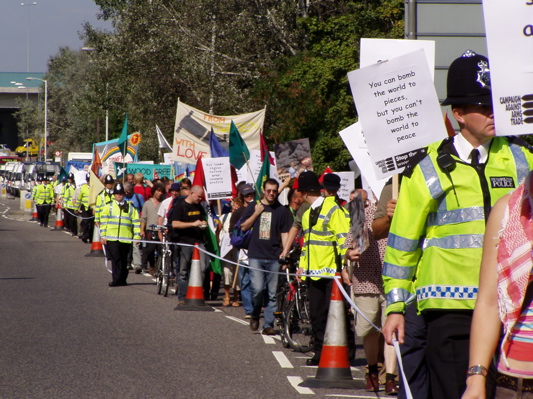 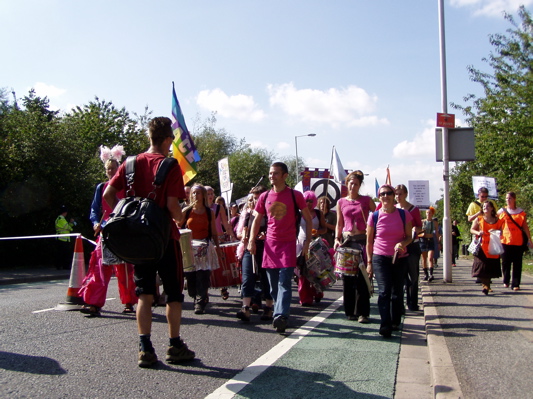 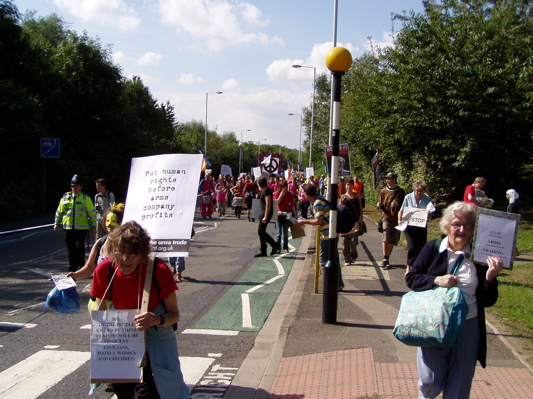 10 all sorts of protestors 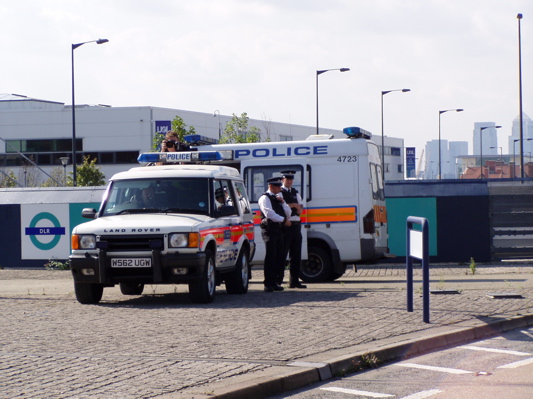 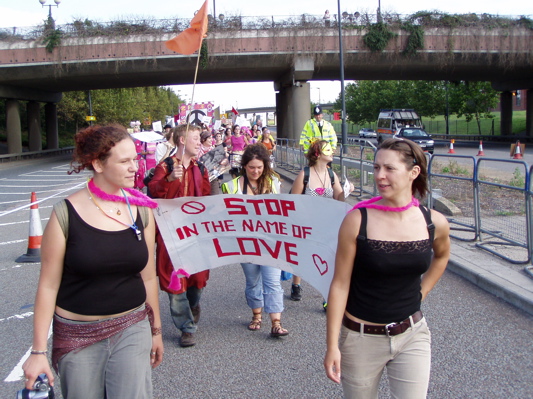 the campaign against the arms trade march set off from east ham central park at 1 oclock this afternoon with several hundred people in attendance. the colourful and eclectic crowd were tightly controlled and hemmed in by police, with generally friendly officers marching along with the crowd, while dozens of police vans followed and tracked in a huge show of force. all told, there were several hundred police involved in this event. their operation was slick and practised, with a front van dropping bollards (1) and unrolling cordon tape, and a rear van collecting it all up (2). the crowd was hemmed in to one carriageway of road and kept off the pavement (4/8), and this continued even on the highways between beckton hill and the excel centre where the police had already cleared the road of traffic and such cramming seemed unnecessary and repressive (12/13). the march took a route through east ham at first (4), but after the beckton hill flyover (about a mile from the start), the route was along almost deserted highways, giving no opportunity to interact with local people and hand out leaflets (8/9). whether this was a poor decision by the organisers or whether it was a condition imposed by the police i don't know, but i suspect the latter.

spirits were kept high by the sunshine and by the samba band (9/14/24), and the crowd was made up of all sorts of people, many with imaginative posters, costumes and props(10/13/16/17etc).

the big disappointment of the day though was that the march came to a stop well short of the excel centre at a god-forsaken road junction away from all passers-by and certainly out of earshot or eyeshot of the delegates. what sort of a protest is this? the police are supposed to 'facilitate peaceful protest' but it was clear here that this protest was out of sight and out of mind. it did of course provide them with the chance to continue their total surveillance (5/11), and i noticed there were visiting police observers from 'lothian borders' police, and from 'tp crime directorate'(23), whoever they might be.

speeches at the end of the march from various local people, councillors, and others, pointed out that the arms fair was becoming more and more unpopular each time, and that the pressure is really mounting to stop it from occurring again in london.

let's hope tomorrow's actions and thursday's protest at the vip dinner are more successful in directly challenging the warmongers and death profiteerers.