Report and pics from protest outside arms dealers banquet

A roudy greeting faced the arms dealers as they arrived for their supper at the Park Lane dorchester hotel. 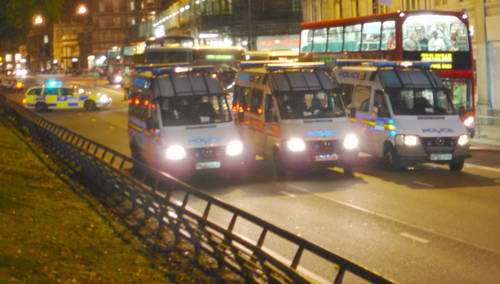 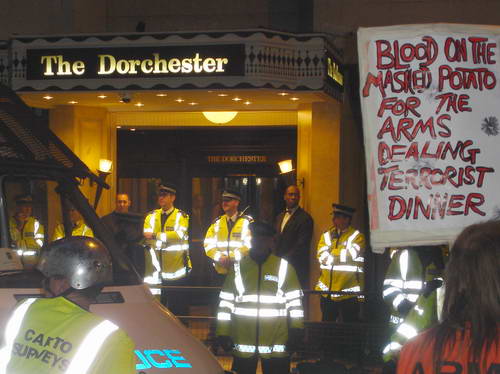 menu on display outside 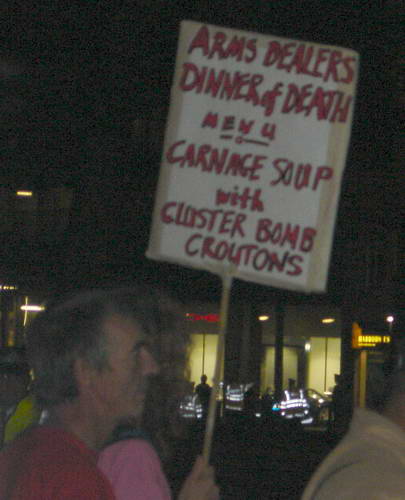 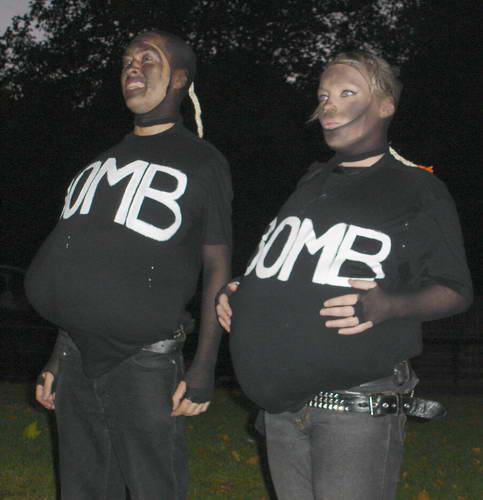 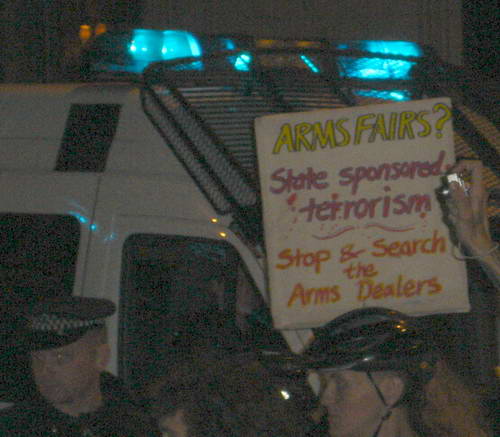 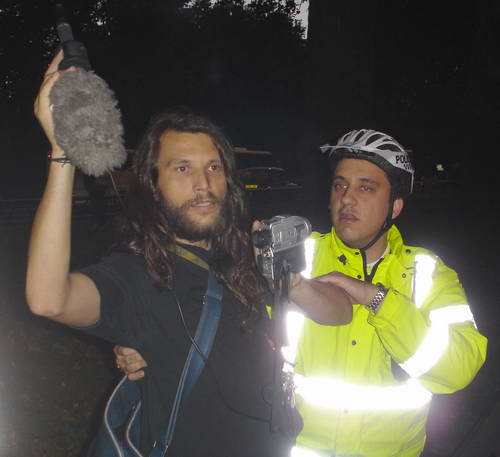 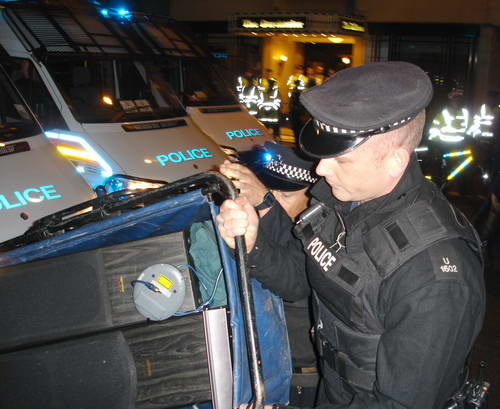 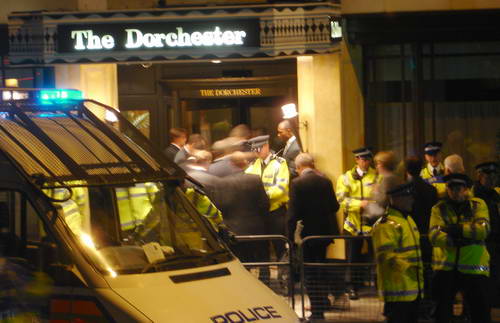 queuing up for supper 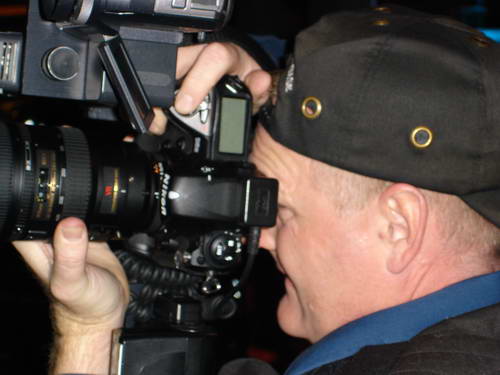 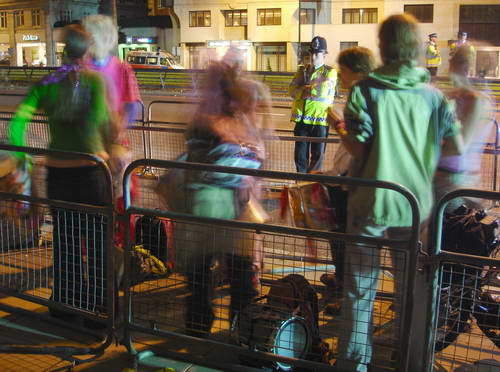 Band played from other side

There was a good turnout of critical mass cyclists and pedestrian protesters outside the dorchester hotel. The police very kindly closed both carriage-ways of Park Lane - one of the busiest roads in London. After allowing protesters a token half an hour or so to make their point outside the dorchester entrance, police then aggressively moved everyone south and then transferred the crowd over onto the northbound carriageway further away from the hotel. One policeman in particular (U 1602) delighted in picking up people's bikes and trailers and throwing them around and over railings as aggressively as possible, obviously wishing to deliberately inflict damage. He seemed to be acting in a very immature manner. Police then distributed leaflets warning of impending section 14, text follows:

"I am Superintendent Peter Terry, the senior officer present.

I am imposing conditions on this demonstration, under section 14 of the Public Order Act 1986, as I reasonably believe that it is causing, and will continue to cause, serious disruption to the life of the community.

I also reasonably believe that the purpose of the demonstration is to intimidate others with a view to compelling them not to do an act they have a lawful right to do.

The conditions I am imposing are:-

That you will not interfere with the flow of traffic in Park lane or any of the streets in the surrounding area.

That you will not interfere with the flow of pedestrian traffic on any pavement within a 500 metere radius of the Dorchester Hotel.

If instructed to by an officer of the Metropolitan Police you will move to the barrier pen on the west pavement of Park Lane.

I am imposing these conditions to prevent disruption and intimidation.

If you fail to comply you may be liable to arrest and prosecution."


They had a ready made section 14 sheep pen. Interestingly, the samba band chose to play from inside this pen as despite being on the other side of Park lane from the hotel, it was directly opposite the entrance and it was likely that the diners would be able to hear the continuing protest.

As the DSEI diners arrived at the hotel entrance they were jeered with shouts of "muderers!". Oddly, the police themselves seemed to be checking each diners ticket at the door. Somewhat over qualified doorman role.

The FIT teams were much in evidence of course, blinding everyone with powerful camera flashes. Here's a little snippet of advice to those fed up with being snapped by them in this way. If you've ever tried taking photos of protests at night with police wearing reflective jackets and been frustrated that the reflexite strips bounce the flash back at your camera confusing the exposure system, you can use this effect to your advantage. Either keep close to any police wearing such jackets, or wear your own such jacket, or best of all - dot bits of self adhesive reflexite - available from bike shops - all over your face. This could make it very difficult for the camera to pick out much detail of your face as it'll be completely swamped by the intense reflections. Just a daft suggestion of course as you obviously shouldn't do anything to make the police's job harder.