To coincide with protests at DSEI a group of weapons inspectors entered an arms manufacturer in Norwich on Friday 16th September. MSI Defence Systems, who have been in the business for 80 years, have a stall at the London Arms Fair promoting their missile and naval gun systems.
Three of the inspectors entered a warehouse with a camera, where submarine parts were clearly visible. Others interviewed staff using pre-designed questions about what they were making and doing on site. Drivers were stopped by a further two weapons inspectors, who were working out on the drive way. During the inspection tanks and tactical shelters were also spotted.

The staff on site responded angrily and two inspectors were aggressively manhandled by one man, who was later restrained by his colleagues. According to the police, who weren't present at the time and didn't take any statements about the incident, this was 'reasonable force given the sensitive nature of the operations here.'

According to staff interviewed 'nothing was produced on site,' 'no guns were made and no money was given to them by the UK government, although this was an MOD site. These claims were disputed by the company's own website and the MOD website which state they had just paid MSI Defence Systems £15 million.

Norwich resident Mark McCann said "I'm really glad this has happened; it was lots of fun and very worthwhile. It's high time that the peace loving people of Norwich did something about this. I didn't realise until today that this was going on in my back yard."

Local residents hope that this inspection is the start of a protracted campaign to rid Norwich of these war mongers in their midst. 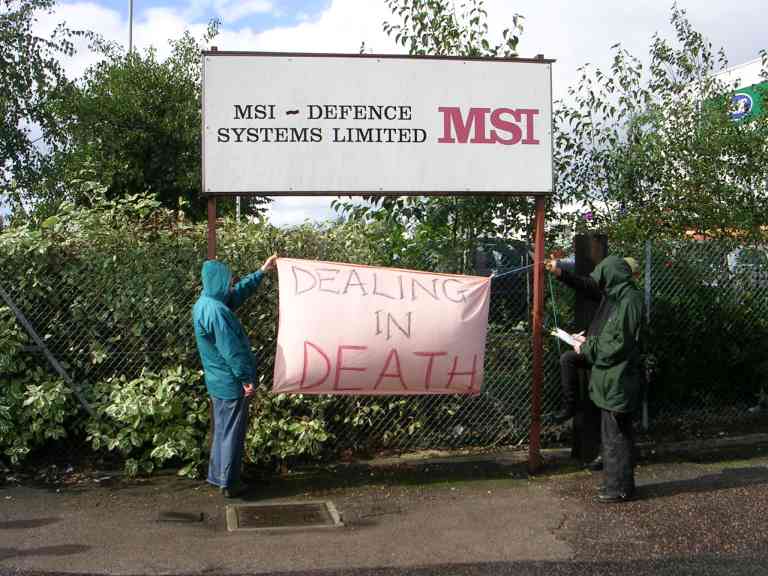