DSEi London 4:30 pm on Tuesday an elderly lady decided she had had enough and was going to block the east entrance to the EXCEL centre 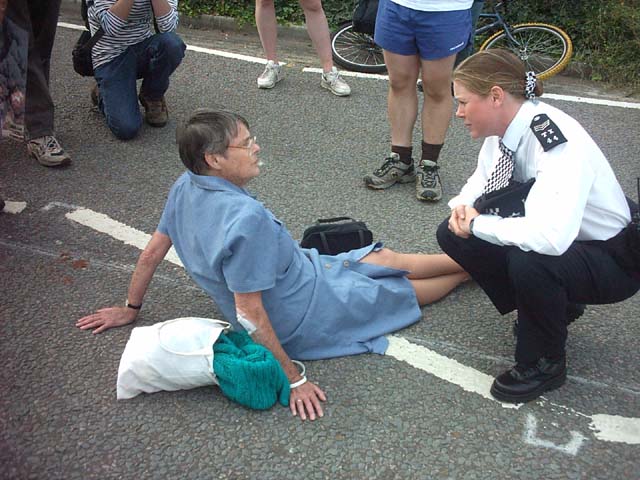 Not moving unless you arrest me! 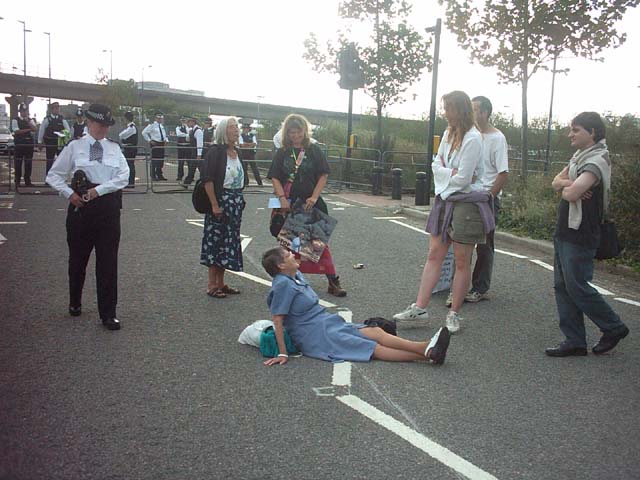 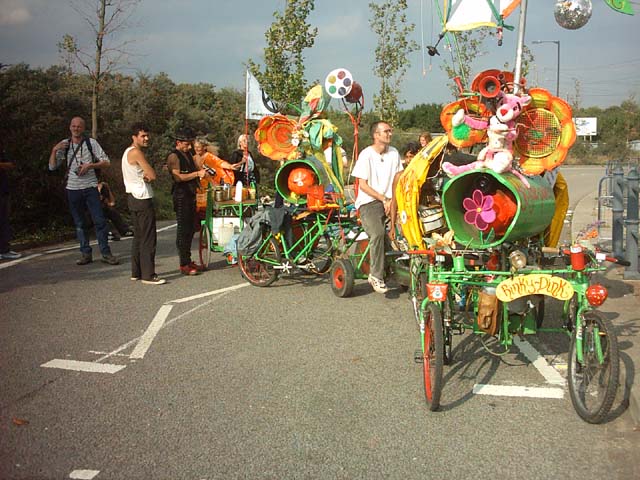 4:30 pm on Tuesday an elderly lady decided she had had enough and was going to block the east entrance to the EXCEL centre. After the CAAT demo had dispersed she sat down and refused to move when asked to do so by the police.
She, with the help of the Rinky Dink, held the road for 45mins. Finally police moved in.
She asked if they were going to arrest her and refused to move unless they did! They had no option other than arresting her and she cooperated when they came to remove her from the road. A legal observer was present and I understand she was being followed up by legal support.
Respect to the lady for her determined and principled stand.
Any more OAPs out wanting to make a stand?