On November 16th, Anti war activist Milan Rai of Justice not Vengeance was sentenced to 28 days in Lewes Prison, for "wilful refusal to pay" a fine. The fine was imposed after an action in November 2004, when Milan stencilled anti-war messages onto the Foreign and Commonwealth Office buildings in Whitehall, to protest the impending attack on Fallujah. Actions against the invasion of Fallujah took place in several British cities around that time. 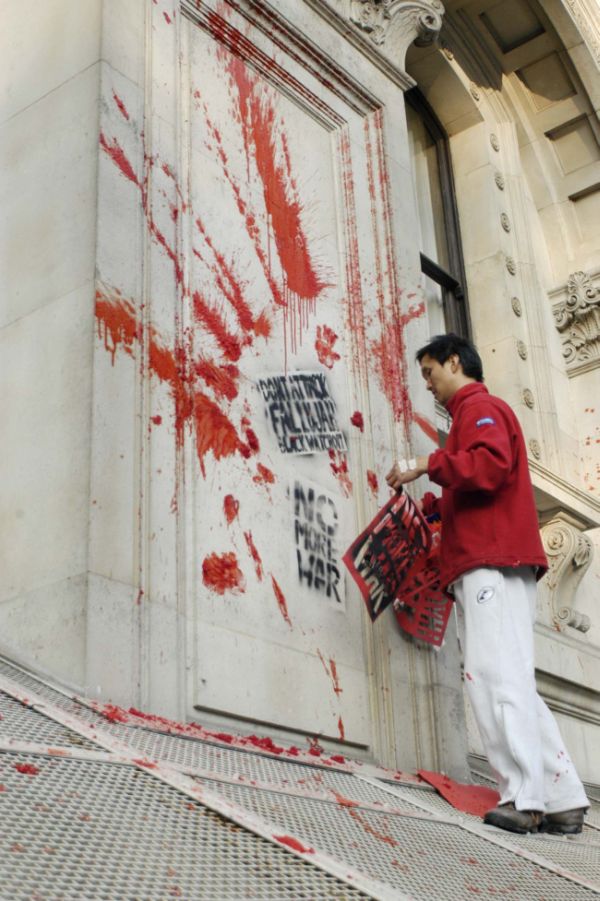 At the hearing in Hastings, Milan argued that his actions had been shown to be morally justified by the subsequent civilian deaths and the use of White Phosphorus in the US led attack on the Iraqi city. He made it clear that he was not prepared to pay the compensation order that been imposed.

Milan was released on November 29th. Over 300 solidarity letters and cards were sent to him at Lewes Prison. Whilst in Lewes, he kept a prison diary which can be viewed at the Justice Not Vengeance website.