Guilty of opposing the arms trade 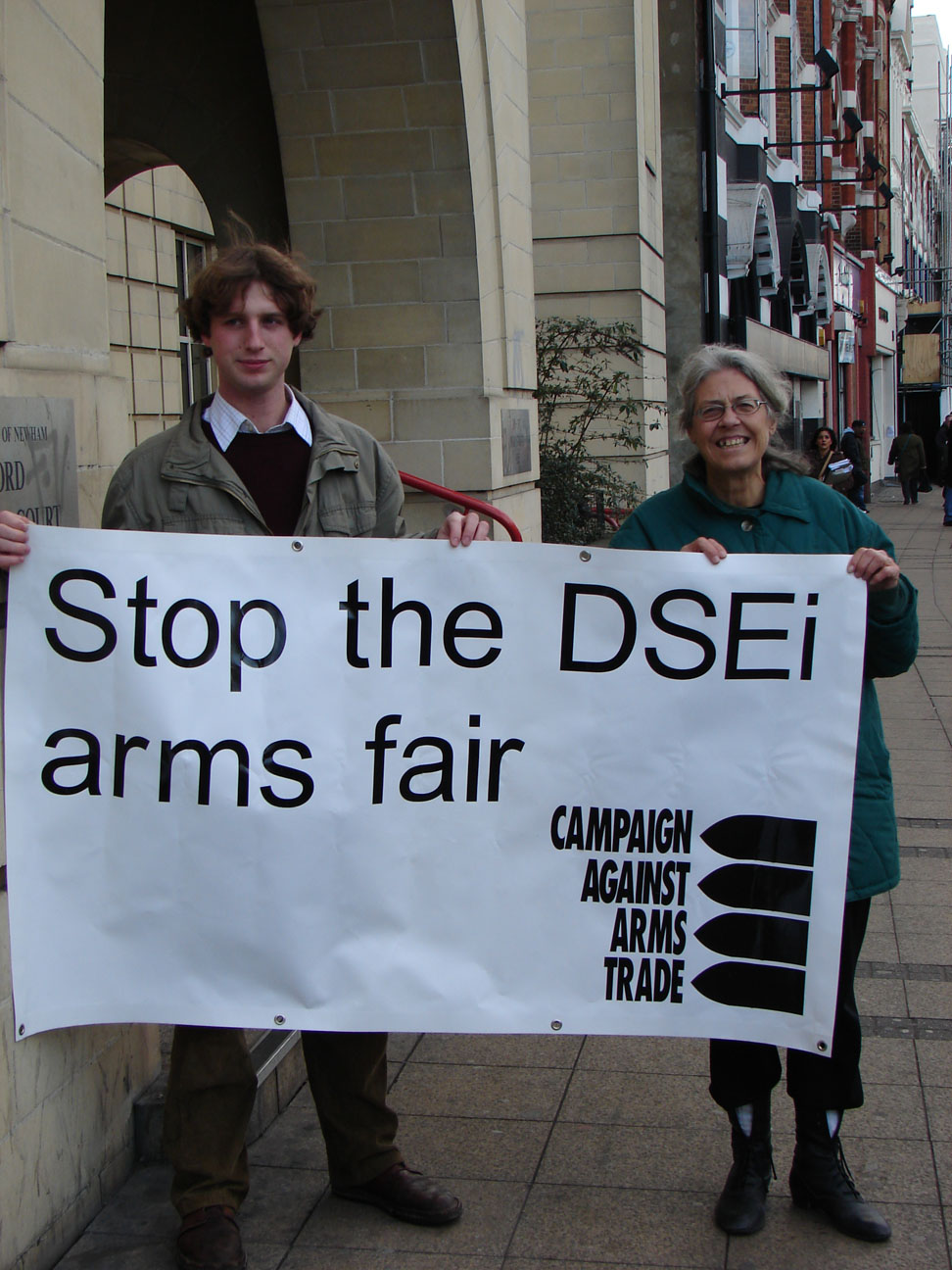 Guilty of opposing the arms trade

Stuart Jordan, of Cambridge Campaign Against the Arms Trade, and Irene Willis, from South Essex CAAT, were in court on 23rd Jan. charged with "unlawful demonstration" for their role opposing the Dsei arms fair in September last year.

The police were at pains to state throughout the trial the significant size of the demonstration and how intimidating they found the "banners, dancing and bicycles" (!) The police were frustrated because they had set up a "pen" where they had decided protest was allowed to take place and some protesters had chosen to go elsewhere.

The police claimed that Jordan and Willis were a "serious disruption to the life of the Community" because they lay down in front of the Excel conference centre hoping to, in some small way, prevent the illegal acts that were taking place inside of the centre (for example the sale of leg irons and torture equipment)

The police were also asked to justify why Willis (pictured right) was cuffed behind her back and manhandled, and the arresting officer was forced to accept that she had been "calm and compliant through out the incident" essentially constituting a "dead weight" rather than being a risk of assault or escape.

The defendants argued that they had no case to answer because Supt. Low who had issued the orders under Section 14 of the 1986 Public Order Act was not present to answer why he thought it was "reasonable" to curtail the democratic right to protest and impose small specified zones where protests was "allowed" to take place.

Without the opportunity to question why their demonstration had been ruled to be "unlawful" the court was unable to consider the fact that they were hoping to prevent greater crimes taking place. The magistrates did not agree and ruled that if Supt. Low decided something was illegal - then it was. That the act gave in the words of the defence "unfettered discretion to senior police officers".

It was also ruled that Willis' request for legal had been rejected despite her financial condition because it was "not in the interests of justice" for her to have legal representation.
The pair were found guilty and given conditional discharges of two years and fifteen months and fined. If you'd like to contact Stuart, or donate to his appeal to cover the fine please email