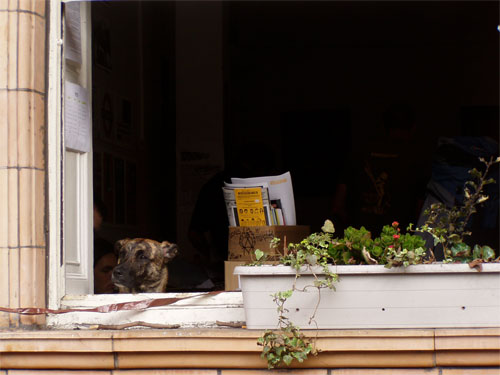 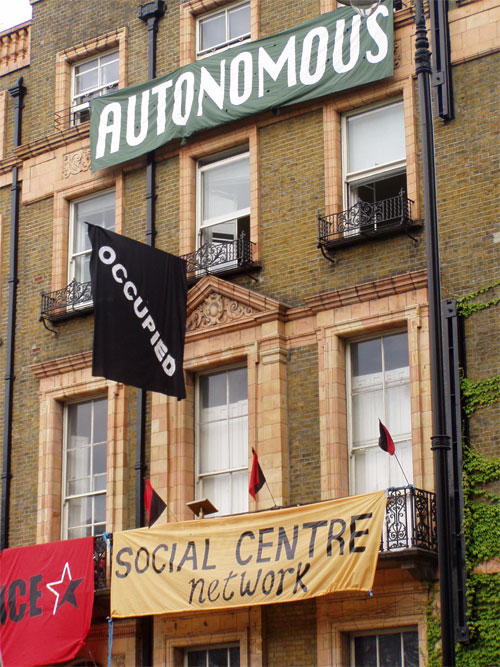 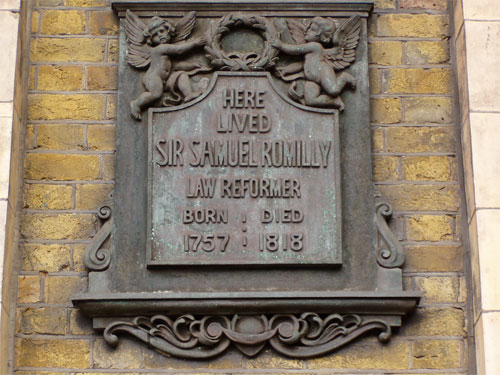 look who lived here once 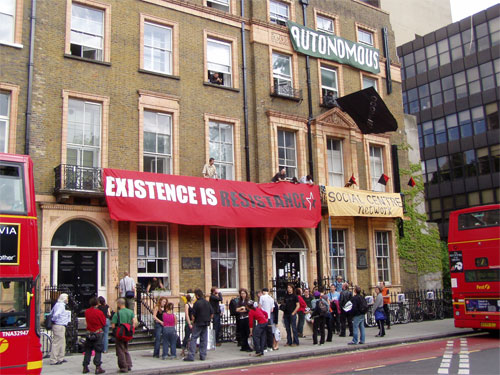 the building was festooned with an array of flags and banners. the mood was light but determined. around 9 am, more and more supporters started gathering infront of the building, and some of rhythms of resistance samba band turned up. a passing beat copper stopped to see what it was about, but didn't seem to be too bothered, giving the usual advice not to obstruct the pavement etc.

the forward intelligence team were notable by their absence, despite a substantial number of luminaries of the london activist and anarchist community available for modelling - perhaps 'wanker' neil and his colleagues have finally got enough pics? - probably not.

some time around eleven, the bailliffs turned up, took a look, made a couple of phone calls and went away.

russell square is hosting a festival of resistance all weekend