First suggested by Canadian artist Ted Dave in the early 90's, Buy Nothing Day has become an annual global event. Using Direct action and culture jamming, activists use this day to challenge consumerism and capitalist way of life.

This year, on 25 November, the Space Hijackers decided to resurrect one of their favourite projects: the half-price sale". Many actions and activities took place in Bath, Birmingham, Manchester, Oxford, Redditch and York. 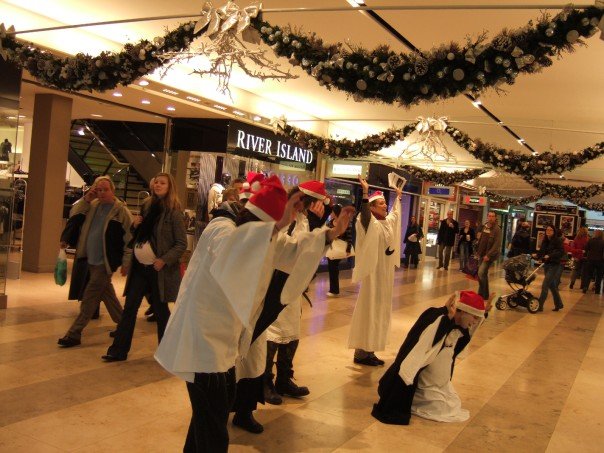 Rhythms of Resistance, Aliens, singers and their lovely friends took over the city centre in Manchester for a colourful celebration and a Free Market to promote re-using items rather than binning and re-buying. Members of Redditch Friends of the Earth held a Free Shop and leaflet stall in Redditch Town Centre to highlight the environmental and ethical consequences of consumerism, and also to encourage people to live more and work/spend less.

The Rev. E. Littlehelps, Lord High Purchaser of the Cult of Consumerism, explains in his own words what happened when a group of activists pretending to be corporation-worshippers descended on Oxford City Centre.

York Activists gave out Free Coffee at a Starbucks, before moving on to highlight the day inside Marks and Spencer, while in Birmingham protest Santas, FreeShop, repetitive beats, Guantanamo Bay Campaign and Food Not Bombs come together attracting and creating a vibrant street event.

On Friday, six members of Bath Activist Network visited some of the biggest, worst chain stores in Bath and hid anti-consumerist letters in books, clothing and crappy Xmas tack.

We had a buy nothing day event on Prince's street in Edinburgh. We had a food not bombs stall, with donated and skipped food, we had quite a few musicians and about 20 activists dressed up. It was a great carnival atmosphere with stilting and juggling etc. We also had a little workshop for kids to make there own christmas presents. A few of us also celebrated steal something day and liberated a few items from the chain stores. 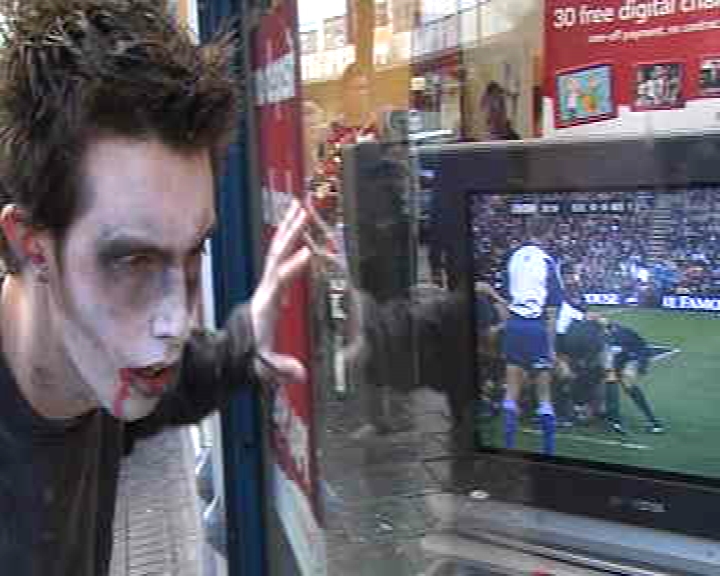 We also celebrated BND in Bristol... Kicking off with a parade through Castle Park - an inner city green space currently earmarked for commercial development... And then on into Broadmead (the city's shopping centre) where we set up stalls with free vegan food, drinks, a free shop, xmas present making workshops, circus performers and a consumer zombie plague...