The Global War of Terror

The so-called 'war on terror' is nothing new; it has its precedents in operations like Gladio; can be seen as the "strategy of tension" gone global and a logical extension of the US-UK imperial policy post 1945; it is the latest justification for the actions of a genocidal Empire which has caused between 20 and 30 million deaths since World War II; imperial genocide is not a new policy. According to Youssef Aschkar, the 'war on terror' did not start on September 11, 2001: "between 1996 and September 11, 2001, the culture of hate and fear was spread to the United States by the publication of thousands of books and articles on the subject of terrorism. From that time onward, 'Islamic terrorism' became the new Evil Empire". The Power of Nightmares, a BBC documentary, even starts from earlier. It "explores the origins in the 1940's and 50s of Islamic Fundamentalism in the Middle East, Neoconservatism in America and the parallels between these movements." Now, with the neocon's 'war on terror', legality and morality gone out of the window, torture [1|2], detention without trial [1|2|3], rendition, secret prisons, dawn raids, death squads [1], profiling, fabricated terror plots, executions and Orwellian Big Brother surveillance are the new norm as muslims are demonised in order to justify the "clash of civilisations" and the military industrial complex's perpetual global war. 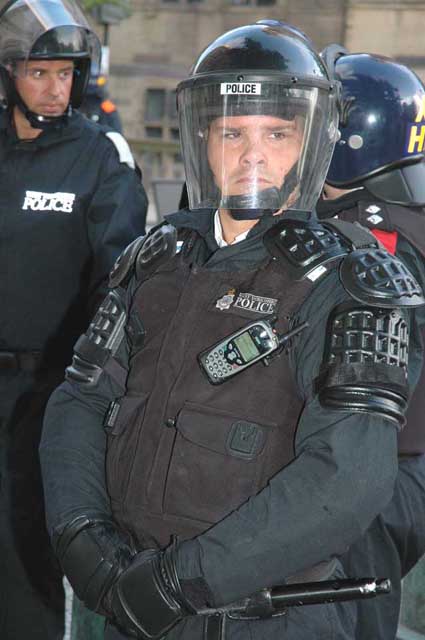