In May of last year, someone stood in the road and tried to stop a car, who had hit a Critical Mass cyclist off their bike, from driving away. For that he was arrested for obstructing the highway, thrown to the floor by his neck whilst handcuffed, and then - surprise surprise - also arrested for assaulting a police officer. 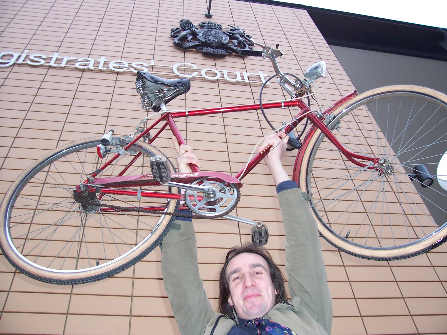 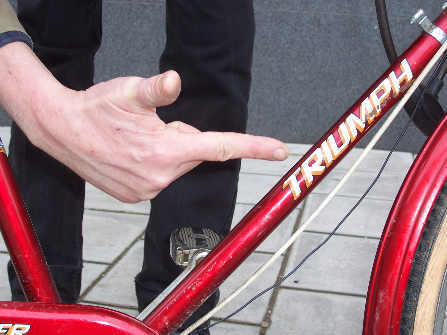 Today, after 9 months of nervous waiting, he was finally cleared of all charges, as Bristol Magistrates Court accepted a submission that the police evidence was at best 'severely flawed' and at worst, fabricated, and the trial was stopped.

A man that became involved after the event was also charged with assault and is awaiting to see if his charge will also be quashed as he can also argue that he was preventing a police 'miscarriage of justice'.

The trial took a day and a half to realise what was evident all along - that the defendant was only guilty of trying to do the police's job when they blatantly weren't interested in doing it, for blatantly political reasons. Unbelievably, the police admitted to getting together to watch the cctv (presumably over a nice cup of bovril) BEFORE writing their statements, of failing to follow PACE procedures in the arrests, and of trying to pass off a wrestling move (clearly shown on the CCTV footage) as a form of 'reasonable force' in an arrest!

But the most unbelievable part of the whole sorry mess is the police's deliberate allowing of the hit-and-run driver to escape, and then never following up the incident, despite the fact leaving the scene of an accident is a more serious crime than those the defendants were charged with, and despite having a full description of the car, driver AND THE REGISTRATION PLATE. Makes you wonder who the 'mystery driver' was doesn't it .......

The next steps for the defendant is, first, celebrate his narrow escape from a politically motivated conviction, and then sue the police for the shocking way in which he was handled during the 'practice dummy session' that passed for his arrest. The local chief constable observed the trial, so we assume that his full apology and compensation won't take too long to sort.

Critical Mass's continue in Bristol on the last Friday of every month, meeting at 5.30pm outside the Hippodrome.